New Orleans is a city known far and wide for beverages. However, the beverages that most people dream about when New Orleans is on the mind are alcoholic in nature—typically, the stronger, the better. But booze isn't the only option when it comes to fancy drinking. Tea is served hot and cold at many establishments around town, and some places do it particularly well.

Tea drinking originated in China thousands of years ago, when tea plants, leaves, and other herbs were served in hot water, possibly for medicinal purposes. Tea leaves were even discovered in the tomb of Emperor Jing of Han in 2016. After centuries of trade and cultivation, tea is readily available in a rainbow of colors, flavors, and healing properties.

Coffee is a beloved non-booze drink with a storied history here, and tea is usually featured right alongside the bitter brown drink at coffee shops. Drink Beauty (3424 Magazine St.) is a pretty-in-pink drink bar that has a wide variety of coffee, tea, and concoctions. Don't be surprised when your beverage comes out looking like it was pulled from a rainbow. The Inner Peace Matcha Latte infuses CBD oil with ground matcha and vanilla flavor. Feel golden after drinking the Golden Girl Chai & Almond Milk with turmeric, golden chai, peppercorn, and maple syrup.

Monkey Monkey Coffee and Tea (4641 S. Carrollton Ave.) has a large menu of brunch items, pastries, and, of course, coffee, but their tea selection takes up a fair portion of the menu as well. In addition to the black, green, and herbal teas offered, there are a variety of loose-leaf teas, tea lattes, and a delicious matcha frappe.

Herbalism is the practice of using plants for medicinal purposes. The ancient art has found a welcome home in New Orleans, as we had the very first licensed pharmacist in America: Louis Dufilho Jr. Louis treated yellow fever by making quinine from tree bark. Herbalism is also used in certain religious practices like Voodoo. Over the decades, many shops have opened for those needing herbs and spices for medicine and rituals, and tea can often be found among the wares. Maypop Community Herb Shop (2701 St. Claude Ave.) offers high-quality herbs for homemade medicines, cooking, essential oils, and tea-making. The staff at Maypop is ready to help you find the herbs you need through consultations, clinics, and classes. Rosalie Botanicals (3201 Toulouse St.) offers herbs, spices, tea blends, and incense. You can also pick up dried and powered seaweed and mushrooms, which can be steeped into teas or used in cuisine.

For those north of Lake Pontchartrain, the charming English Tea Room & Eatery in Old Covington (734 East Rutland St., Covington) has over 200 flavors of gourmet teas, hailing from all over the world. Have a traditional robust tea, such as the Britannia Rules or Buckingham Palace Garden Party, or something more exotic, like Midnight in Paris or St. Scholastica Blend. The teas are well complemented by the full breakfast and lunch menus, featuring fanciful dishes including vegetable korma, bangers and mash, and the tea-infused soup of the day.

Uxi Duxi (4901 Canal St.) is a beautiful backdrop in which to imbibe drinks made with kava, kratom, and mushrooms. You can also sip some teas, including sage, mint, Throat Chakra, Fairy Magic, and Ancient Black.

A recent addition to the gourmet eatery scene in Metairie is Evolve Coffee + Matcha (3304 W. Esplanade Ave.) Evolve is all about sustainability; their matcha is ethically sourced from Japan. The baristas take such great pride in it that each order of matcha tea is hand-whisked. You can order your matcha latte-style, iced, frozen, or with a shot of espresso, but the real connoisseurs take it ceremonial-style. Ceremonial-style matcha or koicha is a thicker, syrupy tea.

Ditch the coffee and swear off the booze—tea is the new sexy drink in town!

Susan Spicer: True to Herself 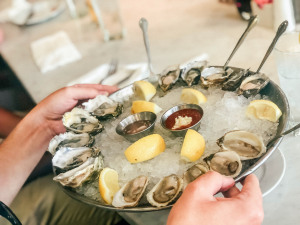 One of the constantly nagging negatives that comes with enjoying our waters' most popular mollusk is the fear of getting sick. The oyster industry is no less a stranger to recalls than a frequent eater of the bivalve is to bad stomach aches. Analysts from Louisiana State University (LSU), though, are aiming to rectify this situation. As houmatoday.com reports, LSU has begun an initiative that aims to... 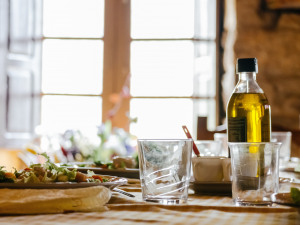