It's October 1, and you know what that means: the possibility of cooler weather, Christmas is less than three months away, and—best of all—it's officially pumpkin spice season! That's right, the neighbors are now pulling out the fall decorations, you are planning your Halloween costume, and companies are putting out all things pumpkin-flavored. Where Y'at has given you the ultimate guide to finding some of the best pumpkin spice goodies right here in New Orleans.

The famous Blue Dot Donuts is known for doing their pumpkin spice donut every year. This year, they've upped their game by introducing the pumpkin spice and sweet potato donut. Open Tuesday thru Sunday from 6 a.m. until 1 p.m., this bakery is one of the best in the city. Make sure to call and order a day before because they sell out of many of their donuts daily. 4301 Canal St., (504) 218-4866, yelp.com/biz/blue-dot-donuts-new-orleans

Emeril's Delmonico shares their favorite seasonal recipe with their customers: their famous pumpkin hot buttered rum. This New Orleans favorite is great on its own or can pair perfectly with leftover trick-or-treating candy. Right now, Emeril's is closed due to COVID-19, but bless their souls for providing us with their secret recipe! Click HERE for details and to make your own pumpkin cocktail at home.

Beer-lovers, we did not forget you. The Avenue Pub introduces the St. Arnold Pumpkinator, which is an imperial pumpkin stout. Head up to the Pub's balcony for this delicious dark beer. The Pub is also doing to-go beer, wine, and food. For those who do not like pumpkin, the beer menu is extensive. 1732 St. Charles Ave., (504) 586 9243, theavenuepub.com

You can count on Breads on Oak to feature the best on their menu. This year, the company has a pumpkin cheddar biscuit sandwich to go along with the October festivities. The bakery has plenty of seating both indoors and outdoors for you to enjoy your selections safely. When you order your breakfast sandwich, make sure to try their version of a pumpkin spice latte. 8640 Oak St. Suite A, (504) 324-8271, breadsonoak.com

Aunt Sally's in the French Quarter is known for having some of the best pralines in town. Started 85 years ago in a log cabin, Aunt Sally's has grown into an international favorite. This season, she was extra sweet and gave her customers the recipe to her Praline Pumpkin Monkey Bread. This delicious recipe can be used all year long for every holiday. Gather the family and spend time in the kitchen together making this monkey bread. Check out the recipe HERE.

One of the surest signs that it's fall is when Smoothie King puts their seasonal pumpkin smoothies on the menu. These titans of the smoothie world offer pumpkin smoothies in a variety of options, touting "real, organic pumpkin puree" in every one. Choose from their vegan pumpkin smoothie, their Pumpkin Slim-n-Trim for a guiltless option, their Pumpkin Coffee High-Protein for both a caffeine and protein boost, or their slightly more decadent Pumpkin D-Lite smoothie, made with frozen yogurt. Whichever way you go, it's like drinking fall through a straw. Multiple Locations, smoothieking.com

National Sandwich Day: Five Places to Get a Sandwich That’s Not a Po-Boy on November 3

New Orleans is home to fantastic sandwiches and is known as the home of many. National Sandwich Day falls on November 3 this year, allowing you to grab a quick meal in your favorite city. While many think po-boys when they think of sandwiches... 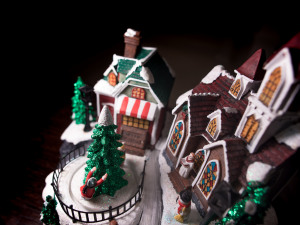 Louisiana is lucky to have two different women in competition for the top spot in Food Network's popular cooking show Holiday Wars. These two contestants, Alexis Graham and Baindu Squire, each represent two different holiday-themed and city-based teams competing against each other to see who can make the best food-related holiday display. Alexis Graham represents Denham Springs with "The Rebelves,"... 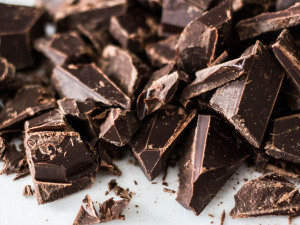 While most dedicated fans of the ever-popular sweet usually have no need for an excuse to indulge in it, this October 28 is nonetheless a great day to enjoy chocolate in all of its many forms. While the milk chocolate candy bar popularized by big-name brands is the most immediately recognizable iteration of chocolate, you could use this National Chocolate Day as an opportunity to broaden your chocolate...