Say “Salud” to Sangria on December 20

Sangria is the most popular alcoholic drink within the Spanish culture. It originated in Spain and Portugal, and its main ingredients are red wine and chopped fruit. The iced drink is usually served with other ingredients as well for different sangria varieties. A more recent creation is the sangria blanca, which is made with white wine instead of red. National Sangria Day is Sunday, December 20, and, to celebrate, Where Y'at has provided a list of five places to grab the best sangria in New Orleans.

In Mid-City, Lola's serves authentic Spanish food with a New Orleans twist. For over 20 years, Lola's has been serving the people of the city and influencing local Creole cuisine. The restaurant serves house-made sangrias, including both red and white versions. Stop by for a glass or a pitcher. 3312 Esplanade Ave., (504) 488-6946, lolasneworleans.com

With 36 rotating wines offered regularly, Bayou Wine Garden is a popular neighborhood wine bar and kitchen in Mid-City. The Wine Garden invites all to come taste and learn about their selection of wine, cheese, and charcuterie. For National Sangria Day, they're offering their BWG sangria, made with berry brandy, citrus liqueur, tropical fruit juices, and your choice of red, white, or sparkling wine. 315 N. Rendon St., (504) 826 - 2925, bayouwinegarden.com

This cozy spot in the Quarter might be small, but it's big on flavor. Cuñada is a Mexican restaurant with all the classics, such as nachos, tacos, guacamole, chips and salsa… And they have an extensive cocktail list, including a whole slew of Mexican beer, as well as frozen margaritas in flavors ranging from blackberry to guava. But if you're looking to celebrate National Sangria Day, they can help you there, too. Cuñada's sangria is made with red wine and soda, and they add a little Tito's Vodka for an extra kick. 833 Conti St, (504) 525-9200, cunadanola.com

Chef Juan Hernandez is a native of Spain who serves the freshest Mediterranean ingredients and dishes at his restaurant. Alberto's Cheese & Wine Bistro in the French Market serves delicious Mediterranean-European dishes at a reasonable price in a true New Orleans-style relaxing atmosphere. The bistro serves fresh house-made sangria daily, which pairs well with their cheese plates, salads, and sandwiches. Try their manchego cheese plate, for another taste of Spain. 1100 N Peters St. #11, (504) 522-0507, albertoscheeseandwine.com

El Gato Negro prides itself on being one of the most authentic Mexican kitchens around. The dishes are inspired by family recipes from Michoacán, a western Mexican state. The restaurant has exotic drink enthusiasts on staff who can craft the perfect refreshing cocktails for their guests. In addition to their famous mojitos and highly popular margaritas, El Gato Negro also offers homemade sangria in both red and white. Consider sharing a pitcher with friends, while snacking on any of their many traditional dishes. Multiple Locations, elgatonegronola.com

Famous tequila brand Jose Cuervo Tradicional has announced a give-back cocktail program to benefit the local New Orleans non-profit organization Son of a Saint, which benefits local fatherless boys. The program will give the public an easy way to support Son of a Saint, which... 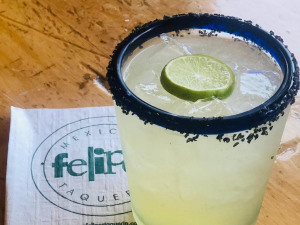 For more than 14 years, Felipe's Taqueria has been a favorite for many in the New Orleans area for not only being a family-run neighborhood Mexican restaurant, but by also committing the freshest of ingredients to its customers in not just NOLA, but also Maryland and Southwest Florida. Felipe's Taqueria is headquartered in New Orleans and, with almost a decade's time, has paired with the Son of a Saint organization to help mentor... 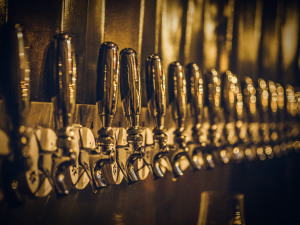 There's no better excuse than to get together with your friends and go out for a day of drinking and bar hopping for National Beer Day, which is coming up this April 7. And what better way to celebrate than by day drinking in the city of New Orleans? If you're looking for some special gems to drink some good draft beer, then we have five places you definitely need to swing by and try out.
Photo Courtesy of...