I talked it over with my dog, and I suggested that as soon as we can, we should go to France. Together. She's dubious and underwhelmed, and I can see that I'll have to sell this.

One of the sidebars of the voluntary-semi-nonmedical-stay-at-home self-quarantine, besides a lot of time on my hands, is my newfound ability (and inclination) to converse with things around me, animate and in(animate). To the dishes in the sink: "What are you looking at?" To my Italian pepper plant: "Stop already, I have enough @#%$%^& peppers!" To my refrigerator: "That's the LAST beer?" To my dog: "Hey Scout, wanna go to France?"

Scout doesn't know what a "France" is, so I explain. "We go to the airport, get on an airplane, and fly for a while to where they eat different food, speak a different language, and do different things."

A very pregnant silence ensues. Then: "Do I sit in a seat, like in the car?"

"How do you feel about riding in another room on the plane, with the suitcases?"

"Okay, I'll ask the vet if she'll get you an exemption, like as a 'companion dog.'"

"About half a day in the plane and then another half a day on a train."

"Why can't we take the car? Will I eat? What if I have to pee? Can I sit on your lap? Will there be treats?"

"Yes and no. You'll probably be asleep the whole time. One minute you'll be home, and the next you'll be in France. We're going to a little town called Angaïs. We'll stay in a hotel."

"What about the cats?"

"The cats have to stay home."

"Will there be cats? I like cats; I have four. What will be for supper? Can I still sleep in bed with you?"

"Well, we'll mostly be eating out, but here's the good news: You'll be able to come into the restaurants and cafés with us. You see, in France, they believe that canines are to be welcomed everywhere, even where you eat out."

"Here's the other thing: The language there is mostly foreign to me, so I won't be talking with other people as much. You'll get lots of attention because many people there won't know what I'm saying, either. We (your Mom and I) have been to major attractions in France, and this time, we're just going to chill, have walkabouts, drink in the scenery, and eat some great food. Once we're over there, we'll be eating cheeses and pastries and breads, and we'll see if we can rent a little place with a kitchen so that we can have coffee and croissants in the morning, fresh from the boulangerie—that's what they call a bakery. We'll drink wine in the afternoon at lunch and have Pastis with warm water in the afternoon. We'll go boating on the river and introduce you to any new friends we make. We won't know anyone there; it will all be new."

"Can we still have Happy Hour at night with beer and potato chips and treats like at home? Am I gonna like this France place? I don't know about this Angaïs place."

"Well, Angaïs is a small town in a bigger area. It's a kinda nothing-to-do place, but that's what we want, eh? There're other towns around it, unless you'd rather stay in the country. Oh, there are also mountains and a beret museum. I saw some in-town places for rent in a place called Pau, where we'd walk around and shop and stuff like we do in the French Quarter, and some country places, in case you want the great outdoors, with names like Asson, Peyrouse, and Ferrières. I'm gonna leave it up to you; it doesn't make much difference to me."

"Then why are we going?"

"Listen, Scoute (that's your name in French), this year has been a real wear on me. The world has had sickness and trouble in the streets. We've had politicians fighting and calling each other names up to here and storms blowing through, and remember when our street flooded? And we've had to stay home and wear stuff on our faces. I've been out of work, we've had no visitors, and I watch the news all the time on television and read the newspaper. I'm sure that I haven't been much fun, and we don't go for walks as often or go riding in the car as much. And the year isn't even over yet. And there goes that damn phone again! I just want to be someplace where I don't know the language, the politics, or the currency, and I can get amnesia. I'll take my sketch pad and some inks and maybe draw a lot of what I see. We'll take pictures. We'll take naps."

I had to stop there and answer the person on the phone, who wanted to cancel my student loan debt, even though I've been out of school since Washington crossed the Delaware, and besides, Scout was at the front porch barking at the postal delivery person—a daily ritual for her. She came back in, wagging her tail, and said, "Why don't we just go to Fairhope? I bet you can get some amnesia there!"

Well, you know, when your dog is smarter than you are, you have to give it to her. "Okay, Scout, you wanna go to Fairhope?

A few weeks ago, I made the mistake of posting on social media that I believed that there was no justification for looting, the destroying of private property, and/or violence in what should be civil protests. I released a virtual sh*tstorm of responses, one of which accused my... 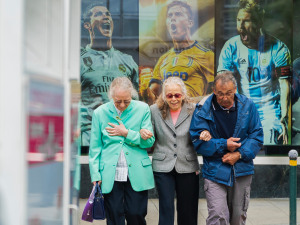 Tales from the Quarter: Ageless

"I need three people to ride in the van with me to go pick up the folding tables." I joined in with my fellow food distribution volunteers, and one of the guys said, "Ma'am, you can have the front seat." "Thanks, but please don't call me ma'am, or I'll have to hurt ya. When you get older, you'll understand how ancient this makes one feel." We all laughed, and the driver shared her first ma'am moment and how, even at 35,... 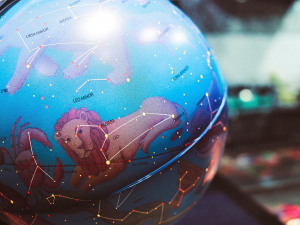 
Recently, the Equinox arrived and led us into fall and Libra season. The Equinox occurs when the sun sits directly above the Earth's equator, and day and night are of approximately equal length across the world. Usually, Libra season brings awareness to pleasure, beauty, and sociality, but this Libra season comes with a more serious tone—it is 2020, after all. The reason for this is a Mars and Mercury...