The Bourbon Review compiled a list of the best bourbon bars for the year of 2020 in each region. In the South Region, Louisiana is included on the list three times, with Dickie Brennan's Bourbon House in New Orleans, Barrel Proof in New Orleans, and Social Southern Table & Bar in Lafayette. This bit of recognition is greatly needed in a time when bars are suffering. We all know that bars were hit especially hard by the pandemic and have only recently been allowed to reopen. To make matters worse, Louisiana bars were frequently forced to close during hurricane season and its constant storms. With the 2020 year wrapping up, we are all eager to get things somewhat back to normal, as well as eager to visit our local bars.

In the Lower Garden District is Barrel Proof, a neighborhood bar that embraces classic and traditional drinking. Whiskey and beer are the most prominent drinks on the menu, with over 300 whiskeys and a large selection of craft beers from the U.S. and around the globe. Barrel Proof hosts local pop-ups in their kitchen; you can check out their Instagram for the rotating schedule of these pop-ups. The bar is now open, and they are following the CDC's safety guidelines. The bar opens daily at 4 p.m. for Happy Hour until 6 p.m. Barrel Proof believes in great spirits shared among friends and neighbors, and their knowledgeable bartenders can help you pick out a new favorite bourbon. Don't forget your mask! 1201 Magazine St., (504) 299-1888, barrelproofnola.com

In the 1820s, New Orleans helped develop the aging process that produces the bourbon that we know today. Kentucky was shipping about 2.5 million gallons of clear liquid downstream to New Orleans, and it took five months for the liquor to get there. Soon after it arrived, Kentucky would get orders for more of the "red liquor"; it was discovered that the whiskey was taking on a different color and taste due to the five months it took to arrive. This developed the aging process that produces famous Kentucky bourbon. Intrigued by this New Orleans connection, Dickie Brennan developed the Bourbon House, and he now has over 250 American whiskeys, many of which are rare and hard to find. The Bourbon House is home to the New Orleans Bourbon Society, which hosts regular whiskey events and tastings. It is free to become a member, and it includes many perks, such as a Bourbon "passport" for members to record their tastes, a complimentary pour of the Bourbon of the Month, an opportunity to meet and sip with other Bourbon enthusiasts. Dickie Brennan's Bourbon House also features a menu of fresh local seafood. The Bourbon House is an oyster bar as well, and they pride themselves on donating the discarded shells to restore the Gulf Coast instead of filling up landfills. The Bourbon for the month of October is Maker's Mark Wood Finishing Series 2019. 144 Bourbon St., (504) 522-0111, bourbonhouse.com

At Social Southern Bar & Table, they believe it is all about being true to who you are, being real, and eating well. Their ingredients are always fresh, and they encourage everyone to enjoy the company of family or friends over a delicious meal. Social Southern's whiskey list is extensive, and they also offer an extensive beer and wine list. They source their ingredients from local farms, such as Gotreaux Family Farm, Melancon Farms, and many others, and they get their beers and spirits from local distilleries. The P.O. Box Membership Program is a program that brings something special each month to your own Social bronze mailbox at the restaurant. Chef Marc Krampe selects featured wines or beers, personal tasting notes, food-pairing suggestions, recipes, imported foodstuffs, or creations from the Social kitchen. You will also receive invitations to Social's special events and private tastings. Happy Hour is Tuesday through Friday, from 3:00 p.m. - 6:30 p.m.; every Wednesday is Whiskey Wednesday, with $6 Old Fashioneds all day; and Tuesday through Friday, from 11 a.m. to 3 p.m., is lunch and wine time, with $5 house wines by the glass. 3901 Johnston St., Lafayette, (337) 456-3274, socialsouthern.com

Warm Up With a Hot Toddy on National Hot Toddy Day

Indoor seating for bars is out of the picture for now, but a hot toddy ought to keep you warm outdoors. Conveniently, January 11 is National Hot Toddy Day. Don't see 'em on the menu? Don't worry. Ask your bartender if it's possible for them to conjure one up. Usually, the... 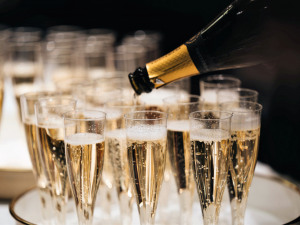 Get ready to pop the bubbly—no surprise, New Year's Eve is also National Champagne Day. What better way to ring in 2021 than with a delicious glass or bottle of champagne? While champagne can be enjoyed at any time, it is especially popular around this time of year. According to glassofbubbly.com, 33 percent of champagne sales are made in November and December, and over 300 million bottles of champagne are produced each year. For... 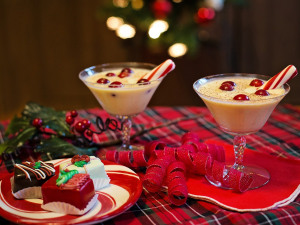 Where to Get Your Eggnog With a Kick This Christmas

Traditionally, eggnog is made with milk, cream, sugar, whipped egg whites, and egg yolks, creating a rich, chilled, sweetened, dairy-based beverage. Eggnog is the traditional Christmas beverage, but it would not be a Louisiana Christmas without spiked eggnog. Adding brandy, rum, whiskey, or bourbon gives the traditional eggnog more of a Louisiana touch. National Eggnog Day is Christmas Eve, this Thursday. Where Y'at has provided five...