The downturn in tourism has made the streets of New Orleans awfully quiet for the past few months, so if you're looking for a way to get that NOLA music back in your life, we know just the thing. Since last Tuesday, July 21, Tipitina's has been auctioning off two pieces of New Orleans funk memorabilia, both of which would brighten up any home.

Up for grabs are an original drumhead signed by The Meters and a 16" x 24" autographed photo of Trombone Shorty (Troy Andrews). To bid on the drumhead, click here; for the autographed photo, click here. The auction ends tomorrow, July 28, at 5 p.m., so if you're interested, you'll need to act fast.

If you need to dust up on your music history, we've got a bit of a review. According to frenchquarter.com, The Meters began back in 1967, when Art Neville, who, as a high school student, recorded the iconic "Mardi Gras Mambo," brought together three other members and created the band. Between 1971 and 1978, the band recorded five albums, which garnered them international attention. They played for Paul McCartney and toured internationally with The Rolling Stones before disbanding in 1979. Their legacy lives on, and a number of other artists have sampled or played their music.

When The Meters disbanded, Trombone Shorty was still in elementary school, but he'd already started making music. According to allmusic.com, Andrews began playing professionally at five and had a club named after him at eight. He attended NOCCA and went on to be featured in a PBS documentary in 2003. Since then, he's kept busy, performing with U2 and Green Day and touring internationally. He's been in an animated movie, started a foundation, and continued to release album after album, the most recent of which is from 2017.

Both The Meters and Trombone Shorty are New Orleans icons, some of the musicians that define the city, so it makes sense that everyone and their mother is hoping to get their hands on those auction items. We're wishing you the best of luck!

The downturn in tourism has made the streets of New Orleans awfully quiet for the past few months, so if you're looking for a way to get that NOLA music back in your life, we know just the thing. Since last Tuesday, July 21, Tipitina's has... 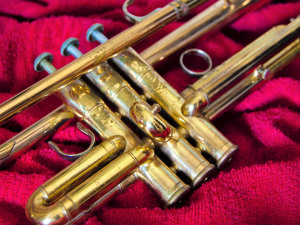 We're all struggling to adjust to changes in our lives because of this pandemic, but musicians are uniquely affected. With this in mind, native New Orleans musician, trombonist, composer, and producer Delfeayo Marsalis is doing something about it: He's starting a nonprofit to honor his father, Ellis Marsalis, who died at 85, due to Covid. Marsalis entreats you to start helping musicians continue to... 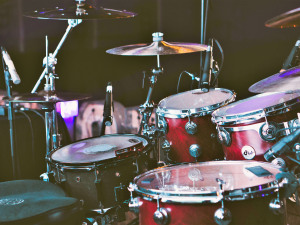 It's no secret that New Orleans is missing its music. In the face of COVID-19, venues and entertainers have had to come up with creative solutions that promote safety, as well as the music culture so near and dear to the city. Here are five music events happening this week. Drive-In Concert With The Revivalists For those who were upset when they missed the Revivalists at Jazz Fest, you...