Nothing says Tennessee quite like dark liquor. The common man's Scots-Irish brew of distilled spirits from corn, a crop that grows even in the most barren, hillbilly backcountry, has been a staple in this country since the beginning. The cult status golf course, Sweetens Cove, has a new bourbon, a product which takes its parent's name.

The course has long been legendary in golf circles. Sweetens has the aura of a holy city for a certain type of sports fanatic or real golf head. The course sits on the banks of Battle Creek, a tributary of the Tennessee River. It isn't far from Chattanooga, in the southeastern part of that southeastern state.

The place could be described as a kind of hole in the wall; it never had a clubhouse, or, at least, not one with air conditioning. Some people have likened Sweetens to a gentleman's "Field of Dreams," after the classic baseball movie starring Kevin Costner. The idiom describes a makeshift or impromptu spot that, nevertheless, all the best people want to visit.

A group of private investors, who describe themselves as friends, purchased the place in 2019. They say they want to preserve the spirit of the course, to protect it for future generations of golfers. The owners include hometown New Orleans hero Peyton Manning who, of course, famously quarterbacked for the University of Tennessee Knoxville.

Traditionally, visitors to Sweetens take a shot of whiskey at the first tee to commemorate the experience. In a play on that time-honored rite of passage to the course, the new Sweetens ownership has developed the new product, Sweetens Cove Tennessee Bourbon.

For now, at least, the release looks rather limited in scale. The company says they are distributing 14,000 bottles. The Sweetens Cove bourbon is very much a top-shelf type of liquor. This limited release signals the beginning of a new artisan brand that prioritizes quality over quantity. Sweetens says people can expect more alcohol in the future.

Prosecco—synonymous with "really great time." The beautiful bubbly drink does originate from Northeast Italy, but that doesn't mean that you can't celebrate National Prosecco Day on August 13 right here in New Orleans. Here are five spots sure to do the holiday... 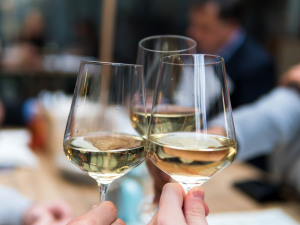 Five Spots to Sip at for National White Wine Day

Dry, fruity, full bodied, other-wine-terms...the opportunity to put the wine thesaurus to use is fast approaching. Prepare for National White Wine Day on August 3 by curating the perfect list of places to try a new glass. Here are five spots that are sure to do the holiday justice. Image Courtesy of Meril
Meril Meril is Chef Emeril's most recent restaurant in New Orleans. At Meril, the combination of... 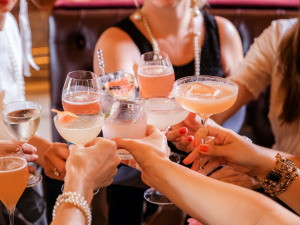 When it comes to life in the Big Easy, it's a fact that we love our cocktails. Just about everyone has some sort of bar inside of their home. Whether it's a bar cart, mini bar, or a full-service bar, our love for a good drink is unmatched. Drinking in New Orleans is also seasonally fun. During the cold months, we know how to warm ourselves with a good heated cocktail. When it's as hot as it is now, there is nothing more refreshing than a...