We're more than halfway through summer, and this year, it feels like we all could use a little pick-me-up. Lucky for you, this Friday is National Tequila Day, and we have the perfect cocktail recipe for celebrating. We also have some tequila fun facts for you, below.

Now that you're ready to go with your Mercadito cocktail, we figured you might want a little more information about tequila. After all, part of the joy of making your own fancy cocktail is uploading the photos to social media with a fun fact (or three) to demonstrate your knowledge, and we've got you covered.

According to liquor.com, modern tequila came around between 1700 and 1800. In 1758, the Cuervo family (yes, Jose Cuervo's family) became the first group to officially distil the liquor, and, in 1873, Don Cenobio Sauza realized that blue agave was the best source. But before that, the Spanish were distilling agave in the 1400s and 1500s, which created mezcals. In the early 1600s, they built a distillery in a city now known as Tequila, Jalisco. But it goes back even further. In classic Spanish fashion, the Spaniards had taken a page from the Aztecs' book. The Aztecs had been fermenting agave, but not distilling it, for centuries, and it's likely that the Olmecs, who date back to 1000 B.C., were doing the same. This created a fermented drink known as pulque, and it's documented on stone walls for the first time around 200 A.D.

2.The margarita was an accident.

Huffpost groups the margarita in with chocolate chip cookies, LSD, and potato chips: All of these came around as a mistake and have arguably seriously changed the world, although we'll let you decide whether each one has changed it for better or for worse.

So, how did it begin? In the mid-1920s, a customer at the Turf Bar in Tijuana ordered a Gin Daisy cocktail from bartender Henry Madden. A Daisy included liquor, lemon juice, and orange cordial, and it had been a staple since the 1870s. Madden must've been having an off day because he grabbed the wrong bottle, adding tequila instead of gin. But now, we couldn't be more thankful. And about the name margarita? It's just the Spanish word for daisy.

We've all heard the stories about the worm that lives at the bottom of the tequila bottle. Hate to break it to you, but it doesn't exist. The myth doesn't come from nowhere, though, and according to delish.com, people are confusing a larva in mezcal for a worm in tequila. We know, it's confusing. Tequila is a type of mezcal that consists of at least 51 percent blue agave, and it doesn't come with any creature inside of it. In fact, vinepair.com notes that the Mexican Standards Authority prohibits adding worms or larvae to tequila. Mezcal, however, might come with a gusano de maguey, the larva for a night butterfly called the mariposa, at the bottom of the bottle. This is also not traditional, and likely was a marketing ploy beginning in the 1950s. Still, it caught on, and now it's not uncommon to buy a mezcal with a gusano de maguey in it— but now, you'll know the difference.

Now that you've got your tequila facts stored away, go make your Mercadito and toast to National Tequila Day. You've earned it.

Zony Mash Beer Project and Café Reconcile are working in tandem to support the efforts of people of color through more than just making beer, but also by making a difference in people's lives. Zony Mash Beer, a new program in the New... 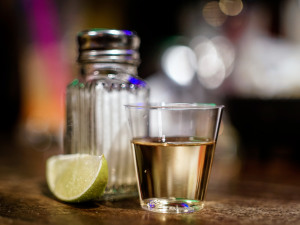 We're more than halfway through summer, and this year, it feels like we all could use a little pick-me-up. Lucky for you, this Friday is National Tequila Day, and we have the perfect cocktail recipe for celebrating. We also have some tequila fun facts for you, below. The Mercadito(Created by Milagro Tequila National Ambassador Jaime Salas) 2 partsMilagro Silver
¾ part agave nectar
1... 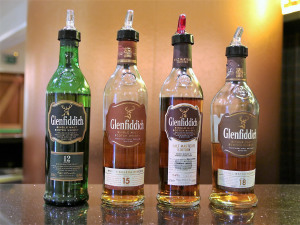 This week, Glenfiddich launched a new campaign, titled "Glenfiddich Family Recipes," and it aims to provide aid to benefit those struggling as a result of Covid-19. The campaign works primarily through donations to a charity called World Central Kitchen, a not-for-profit organization that provides meals and support in the wake of disasters. There will be a donation for each post tagged...