Where Are We With a Vaccine for COVID-19?

The push for a vaccine for COVID-19 is at its strongest, but we are far from there, when it comes to getting a vaccine produced and released.

USA Today explains the clock for the countdown begins at midnight, which represents the start of the pandemic, and ends at noon, when the vaccine will be available for Americans. Experts say that we are now at 5:00 a.m. for July.

"These first steps simply mean that we haven't fallen at the first hurdle," Dr. Kelly Moore, associate director of immunization education with the Immunization Action Coalition said. "That doesn't change the number of hurdles ahead."

USA Today has created a panel of experts in medicine, virology, immunology, logistics, and supply chain issues to estimate how close we are to obtaining a vaccine.

The panelist agreed that in June, we were one third of the way. This month has caused a diverse response from panelists, whose estimates range from 1:00 a.m. to 8:00 a.m. on the countdown clock. After a dozen responses, the midpoint was about 5:00 a.m. for the month of July.

"A lot has to go right," Paul Offit, director of the Vaccine Education Center at Children's Hospital in Philadelphia, said. "You have this enigmatic, difficult-to-characterize, elusive virus that you're trying to defeat. Let's assume the surprises we've had so far are not the end of surprises—it's not unreasonable to assume there will be more surprises down the road."

Eight months ago, the virus emerged and has killed over 617,000 people worldwide. Billons of American tax dollars are going towards creating vaccines. Nearly $2 billion was given to Pfizer on Wednesday to aid the creation of a vaccine for Americans. Other countries, such as China, are working on vaccines and testing their creations on soldiers.

Sadly, data on whether or not the candidate vaccine protects against the virus will not be shown until Phase 3, scheduled to start this month, with returning results this fall.

"I'm very impressed that a Phase 3 trial will be started in the United States in late July. That's a lot faster than I had anticipated, based on how long it has taken in the past to get to Phase 3 trials," Pamela Bjorkman, a structural biologist at California Institute of Technology, said.

An important step in the process is finding enough volunteers. Each vaccine must be tested on at least 15,000 people, while another 15,000 get a placebo. Luckily, more than 138,600 Americans have signed up to volunteer.

For a vaccine to gain approval, it must be at least 50 percent more effective than the placebo. The FDA might face pressure to lower the standards to ensure a vaccine by the end of the year, as President Donald Trump promised.

A great deal of work and dedication goes into the creation of a vaccine. All we can do now is to hope for a vaccine to work so that we can get back to our "normal" lives. However, even with a vaccine, life may not go back to the way things were before, but change isn't always a bad thing. As experts race against the clock to provide a vaccine, they remain optimistic, and so should we.

Gallup News has released the results of a study of Americans' mask usage, which has been being conducted since early spring. It is no surprise that only 44 percent of Americans "always" wear a mask, and 14 percent "never" wear a mask while outside their homes. ... 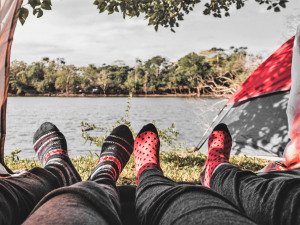 Can’t Go to Camp This Summer? “Camp in a Box” to the Rescue!

There's something magical about going to summer camp: meeting new people, sleeping in bunks, rushing down a waterslide. These are memories that stick. But do you really need to physically go to camp to feel the enchantment? Camp Pelican and Camp Challenge are doing their best to bring the experience right to would-be campers' homes, since both camps have chosen not to operate this summer.... 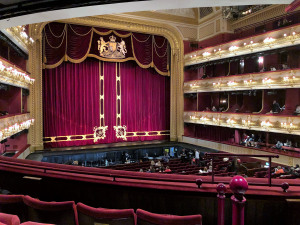 As cases of COVID-19 have continued to climb throughout the state, the New Orleans Opera has made the difficult decision to postpone the start of their season. "We must proceed with everyone's well-being and safety as the topmost priority," said both Robert Lyall, the general and artistic director, and Clare Burovac, the general director-designate, in a press release. Instead...