When you're in New Orleans, local or not, you have to drink-and not just water. What makes the drinks taste even better? When you make them yourself, of course (because nothing tastes quite as good as being satisfied with your own work). For this year's Bar Guide Issue, our Where Y'at writers share their favorite drinks to mix for any occasion.

Andrew Alexander
I've created a few drinks through the years-more out of necessity than anything else, but one stands above the rest. The Ragin' Cajun was a happy accident. Originally concocted in an apartment near the LSU campus when cocktail ingredients were scarce, it's equal parts Merlot and Crown Royal served over ice. Feel free to substitute your favorite whiskey or bourbon. The Ragin' Cajun even spawned its own slogan: "It shouldn't be your first drink, but it'll definitely be your last." I'll let you be the judge.

Burke Bischoff
As a proud Italian-American (a quarter Sicilian, but who's really counting?), I like myself a glass of amaretto every now and then. I especially love mixing the stuff into different brews for special occasions. A Thanksgiving or Christmas party at my place isn't quite as festive until my family breaks out our Amaretto Slush. Mix amaretto, Diet 7 UP, orange juice, pineapple juice, cherry juice, and Maraschino cherries into a large bowl together and freeze it overnight. Take the bowl out the day of the party to thaw out, and you've got yourself a drink that your loved ones will keep coming back to again and again. Alla vostra salute, y'all!

Phil LaMancusa
A regular Manhattan comes on too strong, even suspiciously sapid. A Dry Manhattan comes at you a bit flaccid and not worthy of being served straight up. Thus, the Perfect Man(hattan), straight up, will certainly do the trick. Order it this way when you're out. The advantage of enjoying a Perfect Man at a bar is that you get to finish the experience right there and go home alone. If you're gonna do it at home, this is the way to enjoy that stiff drink. Take 1/2 ounce each of dry and sweet vermouth, put that in a shaker with 3-4 ounces of bourbon (such as Makers Mark). Fill the glass 2/3 of the way with small cubed ice and stir vigorously. As you know, all clear liquors are stirred. If you like to shake it, you can, but make sure that you abuse it madly, even to the point of having small pieces of ice remaining as you strain it into a chilled cocktail glass. Garnish with a fresh cut lemon peel.

Caipirinha (kai-peer-ain-ya), the national drink of Brazil, will put hair on a cue ball, make grown men shudder, and beautiful women (ain't they all?) swoon. It starts with cane liquor called Cachaca (ka-sha-sa), and it's both refreshing and delicious. Have your favorite merchant order it. From there, take two large limes, quartered (leave the peel on the limes), add three soup-spoons of sugar, place them in a cocktail glass and muddle the dickens out of them-really mash them up. Then add 2-3 ounces of Cachaca and 1/2 cup of crushed ice. Stir, strain, and enjoy. Oh, it is said by Brazilians that the cheaper the Cachaca, the better the Caipirinha, so don't buy the 'sipping stuff. Serve with Pao de Queijo or Tostones with Brie as an accompaniment.

Debbie Lindsey
When asked what is my favorite libation to serve at home the answer is Pabst Blue Ribbon. In fact, this very magazine once chose me to participate in its Best Bartender contest/poll. When interviewed as to my favorite drink to mix, to serve, and personal favorite, I answered thrice, "PBR." One person-a best friend-voted for me. Perhaps I was ahead of my time. Now, Pabst is hipster "cool."

Presentation, of course, is everything. Serve it ice cold in its lovely red, white, and blue can, accented with just a smidge of icy frost upon the gleaming aluminum-this is achieved by placing the already properly refrigerated beer in your freezer compartment for 10 minutes. Certainly, the bottled version is always a crowd pleaser, but I find the recyclability of canned PBR adds to the overall sense of well-being that this refreshing beer delivers so well. And, of course, a game of can-crushing after a few brews is sporting and far more civilized than wielding a broken bottle in a bar-room brawl. And let it be said that no beer is cool when drinking and driving are involved.

Andrew Marin
My favorite drink to make at home for parties is Sangria. Whether classic with rioja and brandy or updated to accommodate the weather or occasion, sangria is an easy-fix. Punches go with parties for a reason. When I lived abroad with 12 roommates-an entirely different story-we would make sangria for our parties. The best part of being part of an apartment of 13 is that whether guests arrive or not, you have a party.

Sangria also brings me memories of Spain and of Happy Hour with my mother, so I have a lot of attachment to this beverage besides it being delicious. The key is balance: drier reds, sweeter fruits; or fruitier reds, more acidic or crisp fruits. Sometimes, I also like to sweeten it with port rather than simple syrup.

Landon Murray
For years now, whether it's cold or hot outside, I've been sitting on my dad's porch during family gatherings. Often times, the staples of these parties are Rum Runners. They're a little bit difficult to make, but the rewards of flavor are endless. To start, you fill a glass generously with ice. Then, add light rum, followed by dark rum (all of these ingredients are one part). After that, add in pineapple juice and orange juice. Mix in some banana and blackberry liqueur and top it off with a few small drops of grenadine. It's best to make this in a pitcher and pour when ready to serve. Although these are delicious, take it slowly, as they sneak up on you.

Michelle Nicholson
My mom's first drink was whiskey in her bottle, and mine was the first of many Spiked Shirley Temples my paw paw would slip me during our annual Christmas party: a glassful of iced 7UP with a splash of Grenadine-or simply syrup from the jar of maraschino cherries he'd draw from to garnish my cup-and a splash of gin. Since then, I've pretty much followed this template for all my favorite adult drinks. Something bubbly mixed with some sort of fruity juice or syrup serves well as a base for any liquor you have on hand, and you can adjust the sweetness to your desired level-or your intoxication level. Think vodka and tonic with a splash of cranberry before dinner, rum and seltzer with a generous portion of pineapple juice at game night, whiskey and Sprite with a wedge of lime at the club, or boxed wine and Sanpellegrino at the beach. These drinks are so good and so easy, not even a child could get them wrong-and experimenting with different versions certainly feels like play. Of course, you probably shouldn't let your kids try this at home.

Donald Rickert
The cocktail that I like to make at home, Donald's Devilishly Decadent Drink, is a relatively easy one, but it has flavor galore. In a rocks glass filled with ice, pour two fingers of bourbon. Then, shake in two to three dashes of orange bitters. After that, fill the remainder of the glass with ginger beer. To garnish this particular adult beverage, use a leaf or two of mint. If you want more of the mint flavor and aroma to be present, whip and slap the mint leaves against your open palm to release the oils in the leaves. You could always add or decrease the amount of bourbon, ginger beer, and/or bitters to suit your own personal tastes.

Greg Roques
In the early aughts, I loved ending a night in the Quarter with an absinthe nightcap at the Pirate's Alley Cafe behind St. Louis Cathedral. Absinthe still had an esoteric edginess to it then, having yet to be widely sold since its nearly century-long U.S. ban, as well as being heavily associated with '90s goth culture.

Much has changed since then. Absinthe assortments are now available at most artisanal bars, liquor stores, and even some supermarkets. I, also, am more likely now to indulge my taste for this mysterious green libation over Sunday brunch mixed with my morning caffeine kick.

Café Verde: Pour a half-shot each of absinthe and coffee liqueur into a mug. Place a sugar cube onto an absinthe spoon over the cup, and pour a chilled shot of espresso or cold brew coffee (Stumptown Cold Brew is my favorite) over it.

Kimmie Tubré
It's true, people know me as the girl who mixes alcohol with water, but on occasion, I like to make a drink that I call "Mr. Magic." The name comes from the title of the Grover Washington Jr. song. While I had grown up hearing this song, I didn't start to love the song until Amy Winehouse covered it in the early aughts. For me, the name just fits the drink because it's tasty with a dash of mystery.

So what's in the "Mr. Magic?" While I usually tell guests it's a secret, the ingredients are pretty simple. I mix Crown Royal with fresh mango juice and a splash of fresh orange or citrus juice. The juices must be fresh, or it won't taste the same. I then add a slice of whatever citrus I've used and-voila-you have my famous "Mr. Magic" cocktail.

Nothing says Tennessee quite like dark liquor. The common man's Scots-Irish brew of distilled spirits from corn, a crop that grows even in the most barren, hillbilly backcountry, has been a staple in this country since the beginning. The cult... 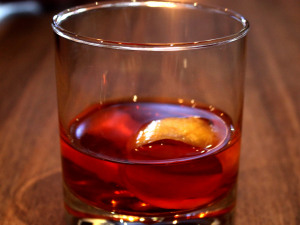 Have a reason to drink but not sure how to make your favorite New Orleans classics? Well, thanks to the Sazerac House, you and your quarantine buddies can tune into the Complimentary Virtual Cocktail Workshop Series to learn how to make New Orleans's beloved drinks, such as the Sazerac, Old-Fashioned, Classic Daiquiri, and more. Ensuring you make the best drink possible; the Sazerac House... 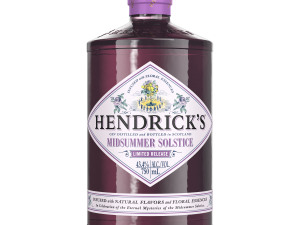 Toast Mom With a Cocktail for Mother’s Day This Year, Even if You’re Apart

Quarantine keeping you apart from Mom this year? Whether you're spending Mother's Day together or only able to see each other via FaceTime, consider gifting her a bottle ofHendrick's Midsummer Solstice Gin. Hendrick's just released their latest spirit alongside some tempting summery cocktail recipes, which you can find below. These drinks feature floral and citrus undertones that complement the gin's inherent notes of rose...