What is the Japan Society of New Orleans and What Does it Do?

In addition to talks and presentations, the organization puts on a cinema series, Japanese language programs, and culinary events. The society also hosts visitors and lecturers from Japan, manages the exchange program between New Orleans and its Japanese sister city of Matsue, and presents the annual Japan Fest.

Get Involved With the Japan Society of New Orleans

The motto of the Japan Society of New Orleans is: "See, hear, and read Japan!" At the heart of the organization are the committee and groups, the people involved in which plan and produce the schedule of the society for each year. If you are interested in Japanese culture in New Orleans, you can get involved with the committee and groups. And if you have an interest that the society's list of events and activities does not currently include, feel free to contact the society with your ideas. Perhaps you would like to see a presentation about Japanese popular music or learn about online Japanese games. Or perhaps you're more interested in the slots and table games available at a ライブカジノ (live casino). Whatever your ideas are, get in touch.

Alternatively, you can simply enjoy the numerous events and activities already scheduled by the Japan Society of New Orleans. Here are some of the best groups you can currently get involved with.

The Kwaidan Book Club enables members to read and discuss Japanese-related books, from novels to manga. The club typically meets every two months. You can find dates and locations on the Japan Society of New Orleans's events calendar. At present, the Kwaidan Book Club is conducted online.

If you want to learn more about Japanese cinema or just sit back and enjoy the best of Japanese film, you will love becoming a part of the Japanese Cinema Series program. You get to watch Japanese movies from a wide variety of genres. Films are typically screened every other month, but there are also additional special screenings in collaboration with local film organizations throughout the year.

What Else Does the Japan Society of New Orleans Offer?

The Japan Society of New Orleans often hosts JUMP events. JUMP, which is an abbreviation for the Japan U.S. Military Program, connects past and present service members and their families and others who have served in Japan. With both online and live events, JUMP helps to build relationships and provide opportunities for service members. JUMP also plays a crucial role in sustaining the alliance and relationship between the U.S. and Japan.

Another thing to look out for from the Japan Society of New Orleans is the weekly Krewe of Japan Podcast. The fun and educational online podcast's hosts explore Japanese culture in all its many forms, from food to popular music.

Reasons Why You Might Need to Hire a Plumber

A lot of people consider plumbers as their last line of defense against plumbing problems, and while this is factually true, they shouldn't be only used in huge emergencies. A lot of plumbing problems can become worse when you let loose the wrong sense of DIY spirit, trying to... 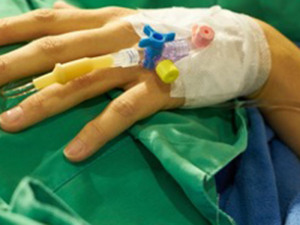 What Needs to Be Done to Prove That Medical Malpractice Occurred

Being hurt or becoming sick as the result of the actions or inactions of a medical professional can be a life-changing experience and one which, thankfully, many of us will never go through. If you are unfortunate enough to experience this, however, it can be hard to know whether you are eligible for some kind of justice or compensation. Many people incorrectly think that any and all mistakes caused by a doctor or hospital... 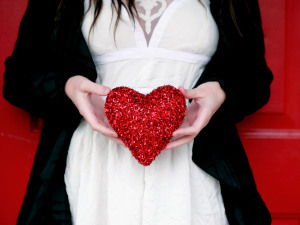 Need a Valentine's Day Gift for Him? Here Are Some Ideas

Valentine's Day is just around the corner, which means that now is the time to start looking for a present for your partner. Selecting an ideal present for your better half can be a daunting task, especially when you need to pick a present for a guy, as men are typically harder to shop for. You'll want it to be a unique, personal, and, most probably, inexpensive gift, which may seem like an impossible balance to strike. But, don't...