Festivals are really feeling the stain of the COVID pandemic and many are choosing to hold off until things start to look better. One NOLA festival known for its yearly City Park Halloween weekend celebrations will not be returning this year. Voodoo Music + Arts Experience has announced that it will be making its grand return to the festival scene in 2022 instead of 2021.

Voodoo has been a staple in the New Orleans festival scene since 1999 when it was just one day with three stages in Tad Gormley Stadium. Today, the festival is known for its three days of celebrations, always during Halloween weekend, featuring local musicians, indie performers, and performers from the mainstream. Although there won't be a Voodoo Music + Arts Experience this year, past performers have ranged from Post Malone and Eminem to My Chemical Romance and Duran Duran.

Past Voodoo attendees didn't just have the opportunity to listen to great musicians. Because of its unique position as a Halloween weekend festival, many attendees used the event as an excuse to dress in elaborate costumes and there were always different displays for photo ops, often spookily themed. Enjoying the festival itself has grown into something as exciting as watching the musicians perform over the years. But, this year, fans of Voodoo will just have to enjoy Halloween weekend outside of the bounds of a fest.

Those with tickets to the event should have received an email within 24 hours of Voodoo's announcement with information about refunds and rollover to the 2022 experience.

Fellow New Orleanians, get ready to ring in the new year on December 31 at the Hyatt Regency on Loyola Avenue! This Big Night New Orleans New Year's Eve celebration will undoubtedly be filled with dancing and dining. You already know the hottest DJs will be in... 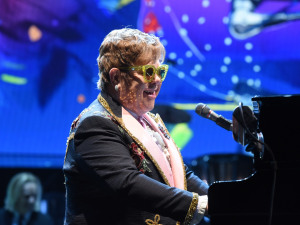 Ask any classic rock fan in New Orleans and they will tell you that the next few months contain a concert calendar unlike any other in recent memory. [Courtesy Smoothie King Center/ASM Global] Despite living in a pandemic for a year-and-a-half, and absolutely zero chance of herd immunity in sight, people on either side of the vaccination issue can look forward to seeing some real rock legends in the Big Easy. In fact, this lineup is... 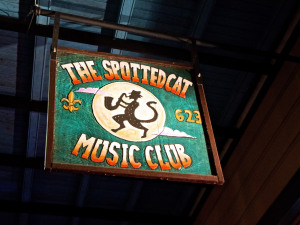 Our beloved city of New Orleans is working overtime to keep its music venues, musicians, and culture bearers strong and supported during these trying times. A coalition of the city's iconic nightclubs and music venues, in partnership with New Orleans & Company, have combined to create NOLAxNOLA. This branded series of live music events will be sweeping the city streets during the dates of our lost New Orleans Jazz & Heritage...