Trombone Shorty is Not Short on Sound

Troy Andrews was born to be a star. Hailing from the Treme neighborhood, the man who would come to be known as Trombone Shorty grew up surrounded by music. His family members are well-known musicians, and he was entranced by the second-line brass bands that would parade through his neighborhood. At the tender age of four, he took the stage next to rock 'n’ roller Bo Diddley at Jazz Fest, and he was the leader of his own band before he turned 10. Trombone Shorty’s legacy is already known the world over, and it’s only set to grow stronger with each passing year.

Shorty’s fascination with brass instruments began when he watched musicians in his neighborhood take to the streets to celebrate. He explained that when he was a young boy around the age of seven, he witnessed a group of men start up their own second line. “There’s this place called the Treme Music Hall that all of the older people used to hang out at when I was younger. I remember being at home, and there was a trombone playing around the street. I’ll never forget that moment when they walked around. It was probably a school night, and it was probably about 11:00 at night. I heard this trombone, and I heard them coming outside. There was humming and singing, and I think that was the formation of the group The Treme Sidewalk Steppers. I don’t think they even know that I remember that,” he happily explained.

Shorty was inspired to lead his own bands from that moment on, specializing in the trombone, although he is a multi-instrumentalist. Despite going on to find fame the world over, there was no bigger honor for Troy than to be named king of the Treme Sidewalk Steppers for Second Line Sunday 2018. "[It was great] being in the Treme neighborhood and being able to be a part of the Treme Sidewalk Steppers, a group that I grew up with—playing the second lines, and to be in the group years later. And for them to ask me to be a king is one of the biggest honors that I’ve ever received. The respect that they have for me, and the respect I have for the guys in the group, it’s incredible; I was very, very honored that they even asked me and considered me to be a part of it.”

Trombone Shorty also helped lead the second line that celebrated the life of Mr. Okra, a beloved street food vendor, on February 25. Shorty believed that it was the largest second line he’s ever been a part of. He said, “Just to be able to bring all those people out and be a part of history; I’ve definitely never seen a second line in my life that big. It was great to be able to be a part of that and experience that in my neighborhood once again.” 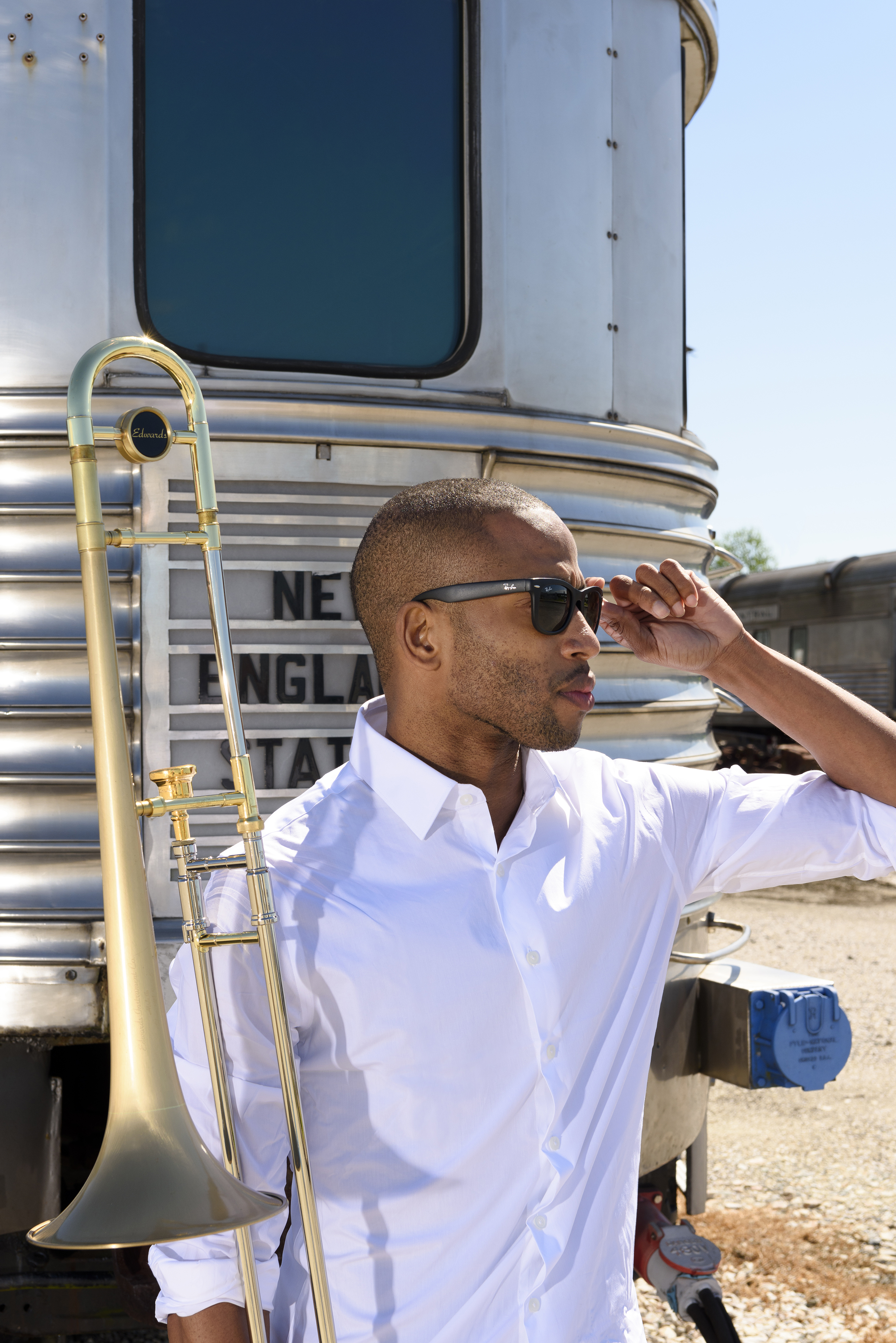 There really is no place like home for Shorty since he’s been touring consistently since he graduated high school more than 10 years ago. He misses New Orleans when he’s on the road, and he’s not here long enough to see all of the major changes occurring. “I’m gone so much; we do about 200-plus shows a year. I’ve come back in town; I see new buildings, I see things that I don’t know about. I have to get caught up on what’s happening in the city. I’m not sure if I’ve felt the new New Orleans that everybody’s talking about yet because I’m not here as much. Things in life change. “

When this famed player does come home, there are some things he has to do. Having a shrimp po-boy is at the top of the list. He explained his homecoming ritual: “I try to go and at least catch some brass bands playing, and sometimes I like to jump in with them. Other than that, as soon as I get off the plane and I feel the humidity, I’m back home. I just drive around, go Uptown, go down to Frenchmen Street, go over to my grandmother’s house and see the family. That lasts for about three, four days. Then I’m back out for two months. Whatever I can get whenever I’m here, it just happens like that.”

Throughout his illustrious career, Shorty has opened for and performed with some of the biggest musical acts of our time across all genres. He was in Lenny Kravitz’s band in 2005; performed with Steven Tyler and LeAnn Rimes at MusiCares in 2014; and performed at the Grammy Awards with Macklemore and Ryan Lewis, Madonna, and Queen Latifah. Still, there are some music-makers out there that he has yet to perform with. “I haven’t played with Sting yet, and I’d like to do something with Jay-Z and maybe Beyonce; that would be fun. I’d like to play or maybe record with Trent Reznor,” he said.

Trombone Shorty puts a lot of thought into his “presentations,” and it’s garnered him a steady touring career. Audiences are thrilled when he plays his spirited shows, and they can’t seem to get enough of him and his New Orleans-inspired tunes. “I’ve been very fortunate to have a great reaction. Sometimes when you have people that are from New Orleans, audiences can react a bit differently because they get a chance to see you more. Fortunately enough for me, I’ve only been playing a few shows in New Orleans throughout the years to where people are still able to be excited when they see me, because I’m not playing every week. The end result has been pretty favorable for me,” he said.

In Europe, the audiences seem to stay pretty quiet throughout the show, then applaud for half an hour when the show ends. In Japan, he can seemingly control the crowd’s reaction with simple gestures. Australian audiences are so enthralled that they stage dive regularly. “It’s a different thing everywhere, but everybody appreciates a New Orleans sound. I’ve been fortunate enough to experience all sorts of reactions,” he concluded.

Trombone Shorty will have many lucrative and enjoyable music-making years ahead of him, but he’ll never forget that New Orleans is his home.