About an hour after the Saints concluded practice, a handful of NFL referees filed into the media conference room on Airline drive to present a short video that outlined the league's new rule changes and take questions from the press.

The main focus of the afternoon was on the officials' new ability to review pass interference calls. The league implemented this change so that the officiating disaster that was the 2019 NFC Championship Game between the Saints and the Rams would never occur again.

So the group of officials, led by crew chief Brad Allen, gave a routine presentation, one that each of the 32 camps will receive. This one, however, was unique.

For these officials, it was a return to the scene of the crime, a short drive from where the controversy began. Their objectives: explain the new rule, clear any confusion, and rebuild trust.

Although Allen looked like a fish out of water - he donned a plain collared shirt instead of his stripes and hat - he comfortably answered each question with the commanding voice that echoes through stadiums on Sundays.

Former Saints Bobby Hebert, Zach Strief, and Deuce McCallister seemed confused as they peppered Allen with questions about pass interference. But Allen kept repeating that pass interference calls will only be overturned when evidence that an official threw an erroneous flag is "clear and obvious," a couple adjectives that NFL fans will get accustomed to this season.

In the first half of the Hall of Fame Game later that night, for instance, a pass interference call was challenged for the first time. NBC's rules analyst Terry McAulay reminded the audience of the new rule's official language: A call will only be overturned if there is "clear and obvious video evidence that the defender did not significantly hinder the receiver."

With this rule change the NFL is conducting an experiment, testing the blurred lines of pass interference with increased scrutiny. No one knows if they will withstand the pressure.

It could very well succeed. Allen is optimistic that all the officials can stay on the same page and make consistent decisions.

But fans, players, coaches, and observers will know if the rule change has failed if the first quarter of the new season is mired in a familiar controversy, one seen before in the complex definition of a catch and the league's failed crackdown on roughing the passer in 2018.

Then all will know that the NFL has tried to atone for an egregious error by compounding it with another mistake, manufacturing even more confusion and controversy around an already polarizing call.

The mistake will be clear and obvious.

After signing a 5 year, $100M extension with $61M in guaranteed money, Michael Thomas reported to training camp as the highest-paid receiver in NFL history.

"I signed that deal and I told Mickey [Loomis] that I'll be back to do a third deal," Thomas told reporters after practice. "It was just the process. Now it is onto the next goal. I am now the highest paid, but now I have to go earn it."

Now all eyes turn to the Saints other young players who will be up for an extension soon. Sheldon Rankins, Marshon Lattimore, and Ryan Ramczyk deserve large contracts. Vonn Bell, Marcus Williams, and Alex Anzalone will also sign sizable deals if not in New Orleans, elsewhere.

But perhaps the player with the most intriguing contract situation is Alvin Kamara. Given the state of the running back position, with legitimate questions about its value to the game and concerns about backs' expendability and short careers, will Loomis and the front office want to pay Kamara top market value?

As the Saints loosened up on the indoor field before practice, Zion Williamson casually strolled along the sidewalk that runs between the facility's main building and the indoor field.

As Pelicans Executive Vice President David Griffin said during an appearance on ESPN's The Jump, Williamson was at the facility to participate in one of two daily workouts to prepare for his rookie season.

His presence during training camp was another reminder of the renewed synergy between the two teams. Williamson and Josh Hart have made appearances on Drew Brees's QB challenge, and Brees spent a few minutes with reporters after practice discussing Williamson and the Pelicans.

"Certainly, I am always going to be there for Zion," he said. Whatever I can do to help guide, to help advise, to help mentor. I'm there. If he wants to go one on one, I'll do that too. Listen, I think there's a kinship regardless of the generational gap, right? There's a kinship because I'm in a different sport and yet I understand the pressures, right? I can be there as a resource for him or any of those guys, I'm happy to take on that responsibility."

Over six months after rupturing his Achilles tendon, Sheldon Rankins remains on the active PUP list, meaning that, if cleared, he could come off the list at any point before Week 1. If placed on the regular season PUP list, Rankins will miss at least the first six games of the regular season. Rankins was seen doing light individual work on a separate field at training camp.

Neither Marcus Williams nor Latavius Murray have returned to full practice. 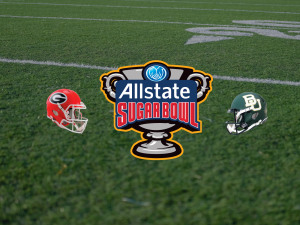