Writing an article a month before it will be published is difficult in an ordinary time; however, this year, we all know, is not ordinary. As of now, the pandemic is still raging in the media as the city's COVID-19 infection and death numbers thankfully drop. Who knows how the city and the country will be different as the summer heat gets put to sleep by our enthusiasm for dark liquor and hot gumbo? One thing is for sure: The times, they are a-changin'.

Looking toward the New Orleans of the future, we need to understand how our citizens feel and think about its current state. The city, but especially the tourist-centric French Quarter, turned into a ghost town in the early stages of lockdown, with restaurants and businesses shuttering—some closing for cleaning and others boarding up their windows forever. Laws and mandates change by the day, and while we have been locked away in our homes, the city's lawmakers have been at work. Reduced restaurant capacity, a temporary restriction on the sale of to-go drinks, and a dramatic fall in short-term rentals all circled around, creating a vastly different environment for the hospitality industry.

We need to take stock of our tourism industry as it currently stands. According to a 2018 report by nonprofit organization JFF (Jobs for the Future), 72,000 people work in the hospitality industry in New Orleans. Their jobs and lives were destroyed, with many sent home indefinitely on what should have been a normal day in March. Now, seven months into a tumultuous pandemic, service-industry workers are sharing spreadsheets and programs on social media to try to help each other navigate unemployment benefits. The community is rising to help where the political structure has failed. For many, the debate over how to protect workers versus keeping a city running is murky.

One server from a French Quarter steakhouse, who chose to remain anonymous, has not set foot in his workplace since COVID-19 began. What started as the necessity of claiming unemployment benefits due to job cutbacks slowly turned into a distrust of the government (national, regional, and local) to provide adequate plans and safety for workers. "There is no God," he dramatically laments.

What he is revealing is a dramatic existence, symbolic to spiraling down Dante's nine circles. Every day is the same as the last and the next one. What began as a high ride on economic security and safety is now a slow crawl back to a zero-sum bank account. While his co-workers have gone back to work—with one becoming sick—he has refused to return.

"It's not worth it to me, and I don't feel safe. You have to rely on so many people to conform, and when I walk outside my house, I have people sneezing without masks on the street." As many criticize these workers, it is actually their distrust of the safety systems themselves that keep them at home.

Another common story is from Katherin Griffin, a former bartender at Bayou Wine Garden. Although not centrally located in the heart of tourist country, this Mid-City favorite garners massive crowds of locals, Endymion-parade tourists, and Jazz Fest-ers. The Wine Garden and its original sister, Bayou Beer Garden, have both been closed since March, meaning that a majority of the staff and management have been out of jobs.

"Now, the bulk of the service industry in New Orleans is competing for the few jobs left available in a drastically changed market," Griffin says.

The economic toll is apparent, but the underlying emotional toll is harder to see. She continues, talking about her regulars who would follow her from job to job: "These people were part of my week, every week, as friendly faces, advice-seekers and -givers, and, pivotally, the people who help pay my bills. I miss them greatly."

We can all agree that everyone is dealing with some sort of trauma, although felt to varying degrees, from this year. The people we rely on to literally serve us in our times of need are hurting, too.

Griffin continues, "I have been applying to industry jobs and jobs outside of that spectrum as well, looking for anything that will get me employed again, so I can pay for school and my apartment. Just like during Katrina, many of my coworkers have scattered to different cities. Our social structures have shattered as much as our work and our financial stability."

If locals continue to filter out of the city, will they return? If not, who will be left?

In my recent book, Local Life: New Orleans (Pelican Publishing), many ordinary citizens reveal what they are most afraid of and hopeful for in the future of New Orleans and its tourism industry. It was written before COVID-19 altered many lives, but the sentiments stay true. Some residents wanted visitors to blend into the scenery and learn from locals on how to act and participate in New Orleans. Others wanted tourists regulated to certain sections of the city in order to maintain a semblance of ordinary life for themselves. So, how will our city be altered in this tidal wave of change?

One way is with the mayor's new proposal to reimagine the French Quarter as a vehicle-free zone. Released under the blanket of COVID lockdown, this massive undertaking is comprised of several "concepts." They focus on reducing speed limits for cars in the Quarter, partitioning off bike lanes to only Dauphine and Burgundy, a "safer North Rampart" objective, decreasing parking within the Quarter, and creating an entire "pedestrian mall," with all vehicles forbidden on one of the major residential streets: Orleans Street. Although the mayor states that citizens will be given a voice, this issue has blossomed almost unnoticed. Cantrell and several city shareholders (police, fire, Vieux Carré Commission) have combined to create a "tiger team," a.k.a. a team of specialists. This begs the question: specialists in what? The people who are allowed into these meetings are focused on crowd sizes, not cultural preservation.

On the nola.gov website, the mayor's office states that "the COVID-19 pandemic has presented a unique opportunity to explore creative, pedestrian-centric approaches that have the potential to draw both locals and tourists to sustain the French Quarter in a healthy and vibrant way." In an area of only 3,200 residents but 20 million visitors, that would be quite historical. One Decatur Street resident, Stephanie Young, remarked, "In my opinion, she wants residents out. [Put] short term rentals in the Quarter, and [she] doesn't care about the fabric of the French Quarter community. That, and crime will increase, puke on the streets, and old people are supposed to catch a shuttle to outlying parking lots? Come on."

Creating a more walkable French Quarter is not a bad idea. Scenes of strolling down a music-laden, art-filled street is romantic. Who doesn't want to have a lazy weekend day sipping a cocktail as you walk among the history and culture of New Orleans?

By looking over the plans, however, a few questions do arise. First, the current bike plan shows how bikes will be designated to one section. This is a common method of transportation for service-industry workers across the rectangular neighborhood. How will burnt-out hospitality workers get to their jobs if they are not allowed to bike to the entrance or be dropped off when it's raining? The park-and-ride concept would encourage crime, be a hassle for those on tight schedules (since nothing in this city is on time), or simply make carrying instruments more difficult for street musicians.

Can outdoor seating and a revamped car-less area make the French Quarter attractive to locals? Locals need to have a say in what happens, and not only by being polled. A better way would be to invite ground-level organizations such as the Music and Culture Coalition of New Orleans (MACCNO) into the Tiger Team from the beginning. Yet the lack of community organizers reveals the downside of New Orleans's tourism industry: The service workers and musicians are often given "a prominent place in an announcement, but barely an afterthought in implementation."

The analysis from VCPORA's website shows the concerns broken down by concept from the mayor's "Tiger Team." Currently, more effort and attention needs to be paid to the tireless workers, from managers and owners to line cooks and bar backs, who are keeping the city of New Orleans fed and filled with food and booze. In a summary for Concept 3, the "civic spine" that would create a pedestrian mall on Orleans Street, VCPORA says that the plan "simply does not make sense and raises the question of who this is designed for. It places a visitor's experience over residential accessibility and quality of life."

The future of New Orleans needs its citizens. We need locals to support businesses and their workers. We also need visitors whose constant thought is, "First, do no harm." Restaurants and bars have tried their best throughout the pandemic to adjust and serve the public. When we were tired of cooking and cleaning every night, New Orleanians could still go to at least one of their favorite spots. Workers still show up to their jobs to explain new protocols, greet tourists, and maintain some semblance of normalcy. Yes, tourism keeps New Orleans humming, but the workers in the machine deserve the credit.

As a last note, remember that locals are needed to set the tone, if we want to keep the city the way we love it. Staycations are great ways to help out small businesses. You need it. The workers need it. The city needs it. Besides, maybe if visitors see more locals and the way they treat the city, they will learn to remember, "First, do no harm." 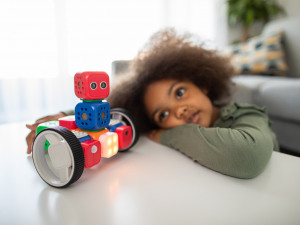 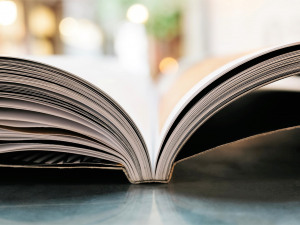