Tipitinas.TV Will Get You Grooving Again

If you're wistfully reminiscing about your favorite concerts at Tipitina's, or just missing live music in general, this solution might come as a surprise. Soon, you will be able to hop on the internet and tune in to Tipitinas.TV, presented by Crystal Hot Sauce. It involves six weeks of concerts on Saturdays at 8 p.m., starting this Saturday, August 15. You can access livestreams for individual nights for $13, or you can buy a season pass, which includes every concert, for $49.99. Here's a look at all six of the talented bands and artists that will be taking the stage (and the screen) over the next six weeks.

August 15: Galactic
This funk band, which has been releasing albums since 1996, is a longtime Tipitina's staple, and two years ago, they became the owners of the establishment. Their music is hard to describe, with a wide range of sounds throughout their (many) releases. However, they describe their most recent album as "interpolating modern rhythms and electronic instrumentation with the house-shaking framework of the Crescent City's funk pop 'n' roll." They've appeared on Jimmy Kimmel Live twice, but now they're on their home turf and sure to bring quite the show. galacticfunk.com/band

August 22: Rebirth Brass Band
Since 1983, Rebirth Brass Band has been jamming out in NOLA and across the world. Along the way, they've won one Grammy and been nominated for another. They were featured on the HBO show Treme, and they were reviewed by The New York Times, which noted their ability to bring the party wherever they go. They have a longstanding Tuesday-night spot at The Maple Leaf, but we can't wait to see them on Tipitinas.TV. rebirthbrassband.com

August 29: Anders Osborne
If you're looking for a moving lyricist, Anders Osborne is your man. He's been named Entertainer Of The Year by Gambit Weekly and Crescent City's Best Guitarist and Best Songwriter by OffBeat more than once. He co-wrote Tim McGraw's #1 hit, "Watch the Wind Blow By," appeared on HBO's Treme, and his music has been in feature films multiple times. His guitar will bring a unique mood to Tipitinas.TV and, like the wind in his Tim McGraw hit, he is sure to blow us all away. andersosborne.com

September 5: Tank and The Bangas
Tank and The Bangas are much younger than the other Tipitina's bands, but they're already making waves in the music industry. They were featured on Michelle Obama's playlist this month, but before that, they were nominated for 2020's Best New Artist Grammy, and before that, they won the 2017 NPR Tiny Desk Contest. Their music is poetic, which isn't surprising, considering that Tank is a spoken-word poet, and her Team Slam New Orleans won the National Poetry Slam way back in 2012. This performance will be moving, sincere, and beautiful. tankandthebangas.com

September 12: Samantha Fish
Samantha Fish has released six albums since her debut in 2009, and along the way, she's received quite a bit of praise. Though raised in Missouri, she officially relocated to New Orleans in 2017, and since then, the blues artist has made a name for herself here (literally—the New Orleans Cigar Box Guitar Festival was recently renamed after her, according to NOLA.com). In 2016, she won Best Independent Female Blues Artist at the Independent Blues Awards, and now, you'll have the chance to see her live yourself. samanthafish.com

September 19: The Radiators
If you're looking to rock, The Radiators are sure to make it happen. They've been together since 1976, and though they're officially retired, they keep busy. They always have an annual reunion at Tipitina's, so it makes sense that they're playing on the last night of Tipitinas.TV. Their "fish-head music," which Nola.com notes is "heavy on groove and guitar solos," has brought them immense success, and in 2018, they released a 20th album, mostly featuring never-before-recorded songs that they were known to play. Because of their retired status, hearing them perform is always a treat, and it'll be the perfect close to an excellent series. facebook.com/radiators

The New Orleans Jazz and Heritage Foundation was established in 1970 with a goal to sow the seeds of jazz culture for future generations by supporting music and art programs. Since then, more than $10 million has been awarded in Community Partnership Grants. All residents of... 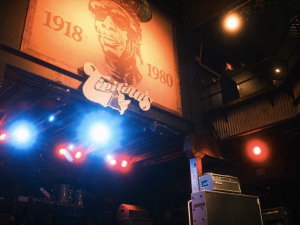 Since New Orleanians have not been able to experience Jazz Fest since May 2019, people miss the culture, food, music, and excitement that Jazz Fest brings to the city. Just like a lot of New Orleans festivals that usually occur in the spring, Jazz Fest has been pushed back to October because of the pandemic. Photo Courtesy of Tip-it Foundation To celebrate the return of Jazz Fest, Tipitina's is excited to host a variety... 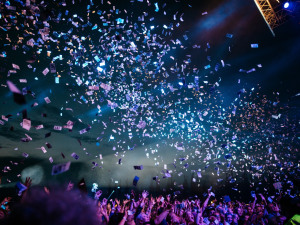 Festivals are returning to New Orleans this year and October is packed every weekend with fests that didn't get their chance to shine over the course of the pandemic. But one festival known for its yearly City Park Halloween weekend celebrations will not be returning this year. Voodoo Music + Arts Experience has announced that it will be making its grand return to the festival scene in 2022 instead of 2021. Voodoo has been a...