The Era of Anthony Davis Ends in New Orleans

This past weekend, the Los Angeles Lakers and New Orleans Pelicans reached an agreement in a trade deal. From the Lakers, the Pelicans received Lonzo Ball, Brandon Ingram, Josh Hart, and four first round draft picks--including their number four pick in the upcoming NBA draft this Thursday. In exchange, the Pelicans give up six time all star Anthony Davis. This news comes after Davis requested a trade earlier this year.

At 26 years old, perennial all-star Anthony Davis is in the prime of his career. His ability to dominate the low post--on both offense and defense-while being able to stretch the floor with an effective three point shot is a rare, invaluable skill set. Undoubtedly, the Lakers become true contenders with the acquisition of a such a powerful center. On the other hand, Davis' presence will be sorely missed by the Pelicans.

However, this trade didn't leave the Pelicans depleted nor desperate. Assuming they stay healthy, the addition of Lonzo Ball and Brandon Ingram, two young, talented, and developing players, gives the Pelicans a strong core. Josh Hart will be a reliable three point shooter coming off the bench, and, barring some act of pure insanity, the Pels will use their number one pick to draft Zion Williamson--a potentially once-in-a-generation type player. Additionally, the number four pick in the upcoming draft, and three future first round draft picks, give the Pels an abundant supply of assets.

The Pels, for the first time in a long time, have a number of viable options this offseason. David Griffin and the front office can use the draft picks and older, yet talented players--such as Jrue Holiday--to acquire more impactful talent from around the league. Or, they could keep what they have. Using the number four pick, the Pels can Draft a player to pair with, and develop alongside, Zion Williamson.

If, during the Pels' 2018 playoff run, you told me they'd trade Anthony Davis following the 2019 season, I would've said that's the most ridiculous thing I'd ever heard. In most circumstances, losing a player like Anthony Davis can cripple an organization for an entire decade. Yet, considering all aspects of the trade, the Pels have the possibility to become a force in the NBA for years to come.

Next year will be exciting. Their new mixture of youth, talent, and athleticism will make the Pelicans an electric and explosive group. Certainly, they will have their ups and downs, but as this team matures, they'll transform into a formidable western-conference team. The future is bright. With proven general manager David Griffin at the helm, New Orleans fans can expect to see consistent excellence. 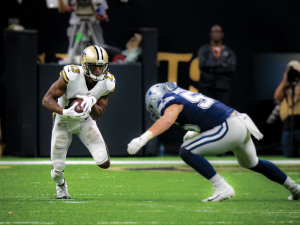 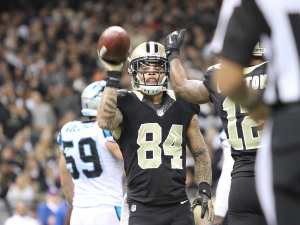