Tacos Del Cartel opened on David Drive in Metairie during a time when restaurants were very limited on how many people they could serve at a time. The hip, Instagrammable restaurant became an instant hit not only for the excellent food and beverages, but for the swanky atmosphere. It's unlike anything you'll find in Metairie and probably the entire New Orleans metro area. Tacos Del Cartel could not resist taking their cool concept to the large scale when Cinco De Mayo came around.

Tacos Del Cartel orchestrated a huge free festival in Lafreniere Park, which included fantastic local musicians including Alfred Banks and LeTrainiump as well as DJs pumping out the house music that Tacos Del Cartel is known to play at the restaurant. The show was headlined by Bag Of Donuts playing all the hits that people want to hear. Indeed, the crowd slowly crept up closer to the stage as their set went on, even infiltrating the sides and very front of the stage itself. The band didn't mind that though; they seemed to thrive on the energy.

Champions Square was packed last night for 3 Doors Down's "The Better Life" 20th anniversary tour. Opening with their debut single "Kryptonite," the fans were on their feet and singing along to every word. They played "Be Like That," "Here Without You," When I'm Gone," and all of... 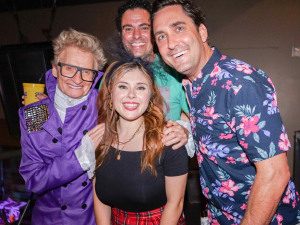 Celebrating 50 Years of Scoot On The Air

Scoot Paisant is a beloved radio personality who has been entertaining and informing the citizens of New Orleans and beyond for 50 years, and that's something to celebrate. Scoot was honored for his decades of service at the reopening party at Generations Hall in the Warehouse District. The storied event hall was decked out in 1980s nostalgia for the night, and a cast of characters including Madonna, Michael Jackson, and Prince were in... 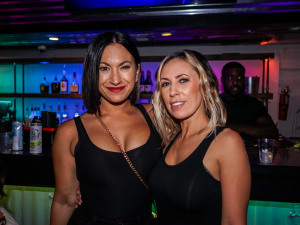 The Hangar Reopens For All

From cover bands to metal bands to DJs, The Hangar has seen it all. Throughout its decades of hosting a wide variety of events, fans of all kinds have enjoyed shows here. The Hangar in Central City has gone through many ups and downs, however, and it had been shuttered for a long time. On Saturday, July 17th, The Hangar opened its doors once again to showcase its newest form. The half-cylindrical club is seeing a new life with cool...