The brand new Museum of the Southern Jewish Experience has announce that it will be having a "soft opening" for the public on Thursday, May 27 in response to current realities of the global pandemic. The opening will take place in the heart of the New Orleans Art District on 818 Howard Ave. and will be open from 10 a.m. to 5 p.m. Children under the age of six and members of the MSJE will have the benefit of free admissions. Tickets start as low as $10 for the general public.

The "soft opening" is only a glimpse into the museum. The days following the "soft opening" will serve as a "preview" period with limited capacities of admissions. The official grand opening will take place on the weekend of October 2 and 3, so make sure to save the date. The Mezuzah Affixing Ceremony as well as the Family Day Celebration will also take place on Sunday, October 3.

Through dynamic, interactive exhibits focusing on the unique and remarkable history of Southern Jews, as well as compelling educational programming, the MSJE can successfully execute its mission to showcase the many ways Jews in the American South influenced and were influenced by the distinct cultural heritage of their new homes, which encouraged new understanding and appreciation for identity, diversity, and acceptance.

The Museum of Southern Jewish Experience opened in New Orleans because of its historic and vibrant Jewish population, healthy tourism economy, and the fact that the city didn't already have a Jewish-themed museum or other cultural attraction.

The museum has a Capital Campaign goal of raising $10 million and, so far, they have currently raised about $7.8 million in cash and pledges. You can make a donation to help support a successful opening or you can also become a founding donor.

For more information on the Museum of the Southern Jewish Experience, ticket sales, and donations, please visit msje.org.

One exciting thing you can do for Father's Day is to take Dad to the Chris Owens Father's Day Show at Chris Owens Club. The show will feature Chris Owens, along with The Yat Pak and Louis Prima, Jr. This exciting event that features three New Orleans entertainers starts at... 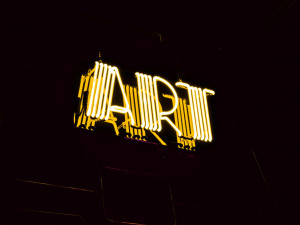 In just a few days, the Old No. 77 Hotel, located at 535 Tchoupitoulas St., will be presenting a showcase from its newest artist in residence, Chloe' DuPlessis. The Old No. 77 Hotel offers an Artist in Residence program every summer, letting an artist from out of town "take up residence" in the hotel and create art inspired by New Orleans, according to provenancehotels.com. Image Courtesy of DuPlessis Art DuPlessis, a... 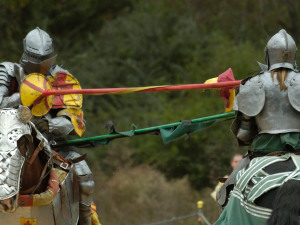 The Louisiana Renaissance Festival wears many hats. It is a theme park, a theatre, holiday shopping event, and an interactive educational experience all rolled into one. It presents to us the best parts of the 16th century in a fun, safe, clean, and educational way. Every autumn, creating the English "Village of Albright" from scratch takes the combined effort of more than 600 artisans and entertainers. For any and all interested in...