This year, two powerhouse acts are set to ring in the New Year: Sheryl Crow, and Usher. According to a press release, the two will headline 'Dick Clark's New Year's Rockin Eve with Ryan Seacrest 2020', live from the Allstate Fan Fest in New Orleans. The show will be marking its 48th anniversary of celebrating the biggest night of the year.
The historical ABC TV countdown show will broadcast from the New Orleans riverfront as the nation witnesses the, "stunning fleur-de-lis drop at midnight to ring in the New Year."
The celebration is set to include over 5 and a half hours of live coverage of the celebration from around the nation. Award-winning musical theater star, Billy Porter, will be hosting the New Year festivities from the Big Easy as Ryan Seacrest will proceed as the annual host of the traditional Times Square Countdown, alongside his newly announced co-host, Lucy Hale. Once again, Ciara will ring in the new year from Hollywood Beach Party, which will feature live performances by Green Day, Dua Lipa, Salt-N-Peppa, Paula Abdul and many more.
New Orleans officials couldn't be more happy about the announcement.

"In Louisiana, we know how to celebrate like nowhere else. New Orleans is a world-class destination and we are proud to welcome visitors from around the world as we ring in the New Year on live television for the third straight year during 'Dick Clark's New Year's Rockin' Eve withRyan Seacrest.' This is a great way to highlight New Orleans and Louisiana at a time when people can begin to think of where they may like to travel in the new year. We couldn't afford to pay for the amount of publicity this event brings to Louisiana," said Lieutenant Governor Billy Nungesser.
Mayor LaToya Cantrell added that she too approved of hosting the biggest celebration of the year in the Big Easy, "We are beyond excited to welcome a Tony, Grammy, and Emmy Award-winning entertainer in Billy Porter as our new host. We want everyone to join us to watch the Fleur de Lis drop and help us usher in a New Year and a new decade.
"A partner in the live event, The Sugar Bowl is shining a spotlight on New Orleans as a holiday celebration destination. Allstate Sugar Bowl CEO Jeff Hundley added, "We're proud to again join Allstate and other community partners to bring the national spotlight to New Orleans on New Year's Eve. With performances by Sheryl Crow and Usher, fans in town for the Allstate Sugar Bowl are going to be treated to a New Year's experience second to none. It's going to be fun to be a part of it all.
"Tune in to ABC on December 31st, to witness the historic ushering in of the new decade. The countdown in New Orleans will air central time. 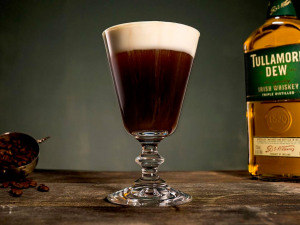 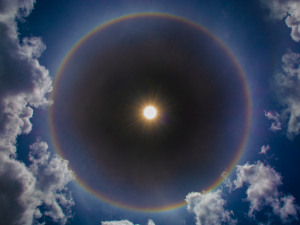