The Trumpet is My Weapon Gun Exchange program was born out of a terrible tragedy within the New Orleans community earlier this month—the loss of nine-year-old Devante Bryant to gun violence.

Shamarr Allen, a local musician, program organizer, and the father of a boy the same age, said in the program's GoFundMe message, "I thought how easy it could have been for that to be my own son. My thoughts and actions immediately went to how I can contribute to reducing the chances of the continuation of this level of gun violence amongst our youth."

Allen turned to Instagram with the message, "To all youth in New Orleans, bring me a gun and I'll give you a trumpet. No questions asked. I'm doing this until I run out of trumpets."

He soon realized the difference a program like The Trumpet is My Weapon could make when adolescents began trading in their guns and turning instead to music. Allen immediately began fundraising for more instruments, as well as music books, and there has been an outpouring of support within the community.

"The Trumpet Is My Weapon is a mantra that I have used over the years. I began using that mantra because the trumpet really became my weapon and tool for my success. It has opened doors and sent me places that, as a kid from the Lower 9th Ward, statistics say I should have never been," said Allen.

Eventually, the program hopes to evolve and offer other instruments. Because New Orleans is a city whose foundation is inlaid with music, what better way to create real change and support youth in the arts? "The trumpet became a weapon that really saved my life, so I figured it may be able to have the same impact for another young person from New Orleans," said Allen.

For those wishing to donate, the link to the organization's GoFundMe page can be found HERE.

Make it a Double: PJ’s Coffee Opens in Covington With a Double-Drive Thru

There is no shortage of good coffee chains, but PJ's Coffee is a favorite throughout South Louisiana. The newest PJ's Coffee shop was opened in Covington a few weeks ago, with their grand opening event taking place last Friday. Franchisee Barry Prendergast owns three... 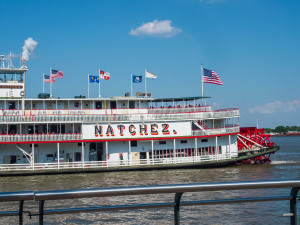 The year 2020 marks the eighth annual NOLA River Festival. This festival celebrates the environmental, cultural, and economic impact of the Mississippi River, and the land it has built. This week-long festival features live music, cooking demonstrations, presentations, panels, and walking tours that explore this year's theme: "Working on the River." Due to COVID-19 safety restrictions, this year's... 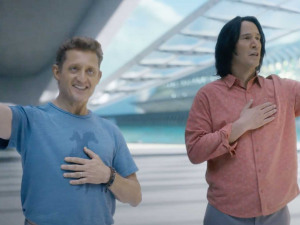 I have a soft spot in my heart for Bill & Ted's Excellent Adventure. I remember going to see it with my brother on a February afternoon in 1989 at Lakeside Cinema. That was a good day. I loved this breezy little comedy about two teenage slackers, living in San Dimas, California, who go back in time to work on a history report. I am happy to report that Bill & Ted Face the Music, the...