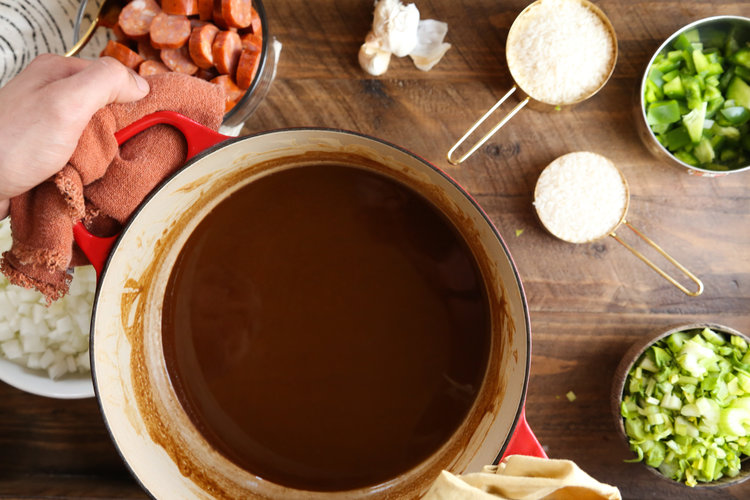 This year, I'm thankful for all the incredibly tough women in my life, past, present, and future. I come from a family of some pretty strong and badass women, and you better believe I loved that growing up. When I was six months old, my mom and my Aunt Karen would take me around the New Orleans area in my little car seat delivering home cooked meals to people living with HIV and AIDS. I’m pretty sure that makes me the youngest volunteer the NO/AIDS task force has ever had on record, but even if not, I’m still going to keep saying so. It absolutely didn't happen this way, but in my ideal memory, I was dressed in baby stilettos and a rainbow onesie.

It probably goes without saying that back then there was a stigma attached to HIV and AIDS that in many ways, of course, is still boldly hanging around even in 2016. The meal delivery was part of a program called Food for Friends, which my grandmother’s sister, my Great Aunt Rose, helped to establish--against the prevailing ideology at the time that ignored the concerns of HIV+ people and people living with AIDS. I'm absolutely going to take my great Aunt Rose as an inspiration for how to not stay quiet about injustices. 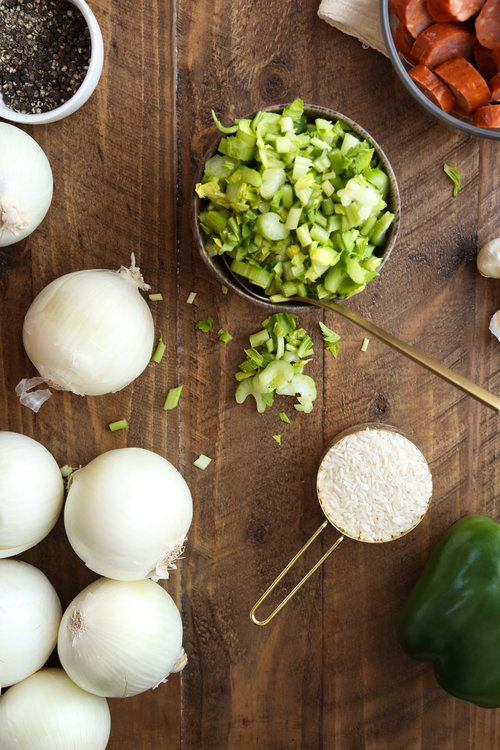 At one point, Food for Friends put out a cookbook to raise funds. My Maw-Maw (my great-grandmother) had a killer gumbo recipe that made its way into the cookbook, and I'm glad it did. I decided to make it the other day because I've honestly never made gumbo before, and if there was ever a time for a large comforting bowl of nostalgia, it's right this minute.

Annnnd, as every New Orleanian is tired of hearing, the whole thing about gumbo is that it comes from the fusion of a ton of different cultures and cooking styles, and even the ingredients used in it have origins from all over the world. So for that reason, we always talk about New Orleans--and in this case, I'm gonna go as broad as the whole U.S.--as being a gumbo, a sum of equally important parts that have all different origins and histories, and that get all mixed together to make something truly great. Equally. Important. Parts. Now excuse me while I go ugly cry to the tune of "America the Beautiful." 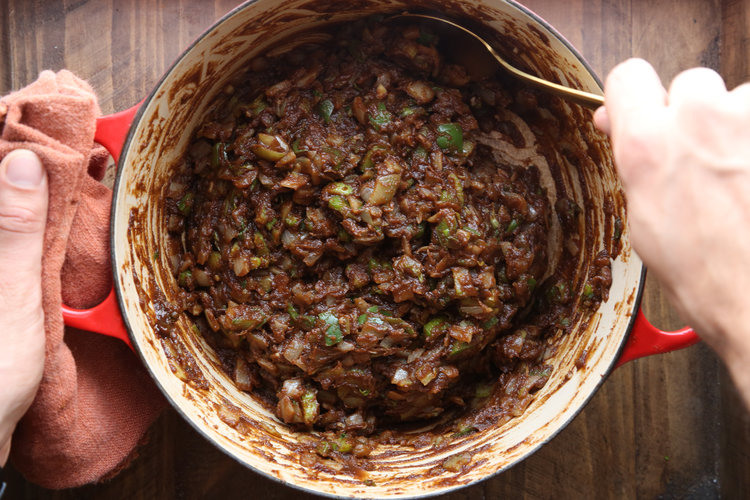 In addition to being a huge symbol of pride and diversity for me, this recipe is a great way to use your leftover turkey in the days following Thanksgiving. If you’re making this at some other time of year / don’t already have turkey made, I’ve included a quick recipe for roasting a couple turkey drumsticks. But don’t feel like you have to use turkey at all! The best thing about gumbo is you can make a delicious meal out of pretty much whatever you’ve got. Pot roast? Sure. Bacon? Absolutely. Quinoa? Well, that caused some uproar when Disney did it a couple months ago, but honestly, I’d give it a try. It’s time to end all forms of discrimination, gumbo ingredients included. Oh, and in case you're wondering, this gumbo gets topped off in a popular Cajun way, with a big pile of potato salad. Maybe you're used to seeing gumbo topped with rice, but not today. 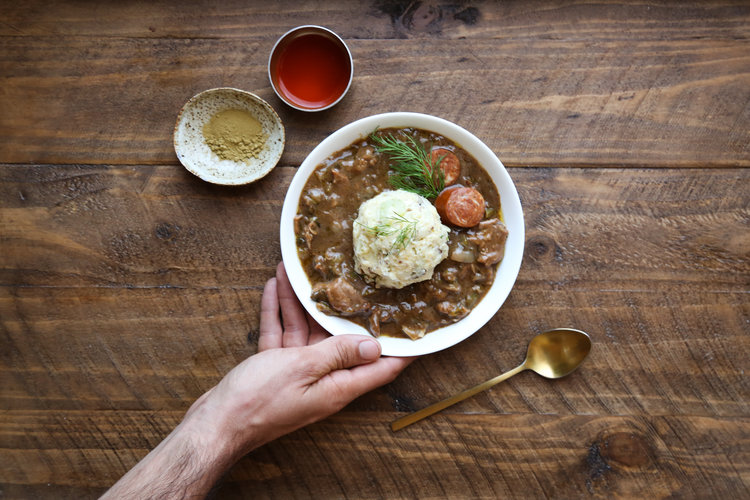 Combine all non-potato ingredients in a medium to large mixing bowl and whisk evenly. Add potatoes and stir until fully incorporated. Cover and refrigerate 30 minutes before serving.

Turkey Drumsticks
If you don't already have cooked turkey leftovers.

Preheat oven to 350*. Cover turkey legs in a thin layer of salt on both sides, then cover the tops with a thin layer of oil or melted butter. Place on a foil-lined baking sheet and bake for 1 hour, until juices run clear or a meat thermometer reads 165 degrees when inserted into the thickest portion of the drumstick. 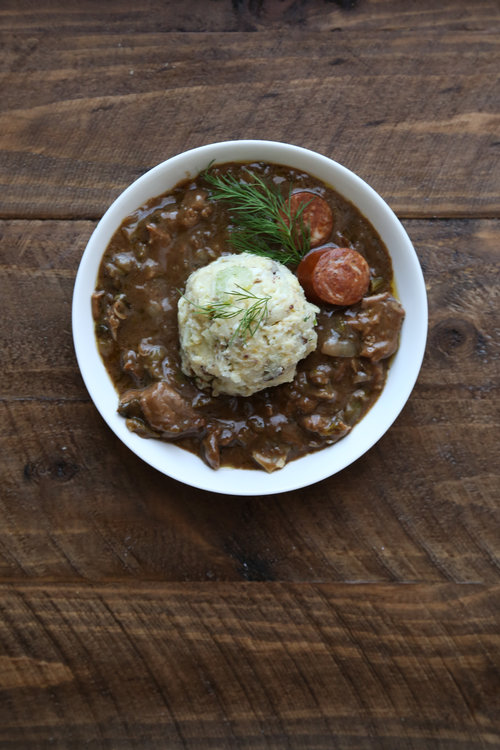 More From Recipes From Probably This

National Chocolate Day is on its Way

If you love chocolate, you'd be cocoa out of luck if you were born before the 16th century in anywhere except modern day Central America. Here in the 1500s, the Mayans were the only civilization with steady access to the cocoa bean and believed that cocoa was a heavenly food sent... 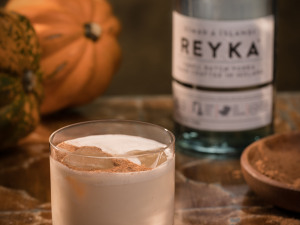 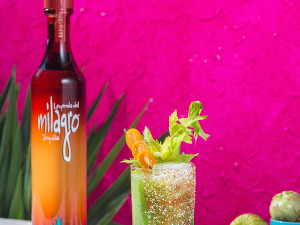