Ready for the Next Great Popeyes Chicken Sandwich?

The Louisiana original fast-food chain Popeyes has come out with a new sandwich. Chew Boom, a food news site, reported on the unveiling recently. While there's nothing surprising at all about Popeyes selling a chicken sandwich (they're Popeyes; that's what they do), this particular item promises to be its own special addition to the menu.

It has unique ingredients that distinguish it from the, ahem, flock. In keeping with the old adage "If it ain't broke, don't fix it," the meal features "a buttermilk-battered and hand-breaded white-meat chicken filet," the standard kind of Popeyes fare beloved the world over. Nothing else on the sandwich is very exotic either, but it's the combination that counts. It's the mixing and matching of ingredients that make or break a dish, not any one component in isolation.

Coming up next, the chicken sandwich comes on a toasted brioche bun, an egg- and butter-based bread. It also has "two barrel-cured pickles, sweet smokey barbecue sauce, and cheddar cheese."

Now, as promising as these inclusions sound, the BBQ sauce causes some amount of concern.

By some reports, Popeyes locations have drowned the sandwich in BBQ, shouting down the other flavors in tangy goodness and proving definitively that there can, indeed, be too much of a good thing. Rapper Gucci Mane perhaps said it best, when he observed somewhat cryptically, "Man can get lost in the sauce." You hear that, Popeyes? Go easy on the liquid condiment.

Now that the "Louisiana Fast" chain has rolled out this new item, all that remains is for them to select a catchy name for it. "Poultry Prize," perhaps? "The Chickenator"? Ooh, they could name it "Popeye the Sailor Chick"! No? Well, maybe this sensitive task should be left to the professionals.

But certainly, they should name it something other than "BBQ Bacon Cheddar Chicken Sandwich." There's a name that's far too clucky. Did I say clucky? Sorry, I meant "clunky"—chicken on the brain and all.

Foods to Eat to Alleviate Stress

For those who are stressed, anxious, or even depressed, what you put into your body could help fight those feelings that bring you down. "Emerging research in the nascent field of nutritional psychiatry suggests that certain foods... 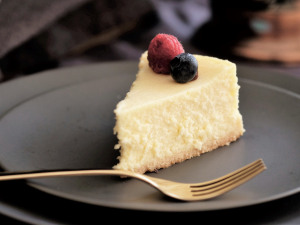 The Big Cheese: A Taste of New Orleans With Creole Cream Cheese

In honor of National Cheesecake Day this past week, we thought we would shed some light on the secret of Louisiana's beloved Creole cream cheese cheesecake. Creole cream cheese is silky and smooth and has a sweet but tangy flavor. The Creole-style cheese brings the flavor of Louisiana and is very versatile, perfect for both sweet and savory dishes. It can be served with fresh fruit, spread... 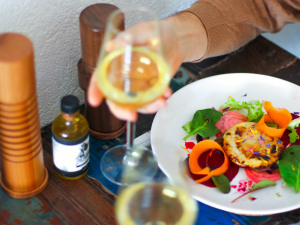 The nationally accredited marketing organization New Orleans & Company is welcoming back their COOLinary New Orleans campaign for the summer. This initiative is aimed at getting residents to appreciate various dining and cultural options, while experiencing their hometown and supporting local businesses. Due to the COVID-19 pandemic, this year's edition of COOLinary New Orleans, in addition to regular dine-in...