Are you one of those naive people who think that they, by virtue of cohabitation, own a cat? Fool. The cat (or cats) own you.

Hello, my name is Phil, and I'm a cat beeatch. Mr. Money Pit. The Food Guy. The "It's okay, I didn't mean to disturb you, go ahead and lie across my computer keyboard because I haven't put on your favorite bird video" guy. Full disclosure: I (and Debbie) are on call and responsible for at least a dozen of the true rulers of the planet. When Armageddon occurs, all that will be left on Earth will be the cockroaches and the cats stalking them.

We have four at home; they are all foundlings—well, almost. Question: Did you know that cats actually have three names? Yes. One name is the one you give it when you come to let it own you. The second one is the one that you describe it by, and the third is for it to know and for you to guess at, e.g. Cuddles, Feather Chaser, Angel of Darkness.

Homebound, we have Zack (The Bastard) who came to us as an "Oh, the feral mom had kittens under our porch, and we were sure that you would take one" guise. He is a decade-plus cock-o-the-walk, allowing you three attempts to be nice: one pet (okay), second pet (stink eye), third pet (teeth in your hand). We love him, accept him, don't mess with him, and he's really friendly (as they all are) when he's hungry. He tries to escape at any opportunity and will come home within hours, ravenous and taunting the other felines with his tales of adventures "outside."

Opie (The Closer), named for Ron Howard, was found, mere weeks old, in the road by one of our goddess veterinarians, nursed to health, and passed to us—a gorgeous orange tabby who has achieved sumo size by never being sated by any portion of food, including those of the other cats.

Frankie and Lefty (The Entitled and The Privileged) are both tortoiseshell princesses, sisters from the same litter and both at odds with each other. Frankie was rescued after being abandoned (we think as the runt), bottle-fed, nursed, and brought home. Lefty adopted us, never letting us forget the honor of her presence, and was transitioned to our new digs when our shop, which she took over, was forced to close. They've all been neutered/spayed and never forgave us.

Zack, a gray-and-white tabby, has a couple of stuffed animals that he calls friends. He does what he wants when he wants to. Opie will surprise you by stinking outside of the box (if you get my gist). The Girls have their own rooms and pass each other in hallways with nothing short of disdain, and Opie doesn't care about anything but food. Opie you can love on, nuzzle, and hug (unlike Zack); the princesses will put up with you as long as you're at their beck and call.

Lefty is on regular food, and the rest are on prescription, but that doesn't mean anything to any one of them: Zack likes Lefty's food, Frankie likes the dog's treats (oh yeah, we've got a dog that they dismiss as irrelevant), and Opie eats anything. Lefty guilts you by standing stoically by her feeding dish until you get the message, while the others decide at any given time where they'd like to partake of today's menu. They eat what they want, when they want, and walk away only to have The Closer come by as cleanup crew. If we weren't already crazy, they could drive us. They visit us in the bathroom, where we keep treats for bribes to give us our moments of privacy.

Besides that, we have two cats, Ginger and Harriet, who have made our porch and our front yard their new homes. They are both runaways who have homes but have decided that we should feed them and let them take over our outside-of-domicile spaces. Ginger is, of course, a (semi-scruffy) orange tabby, and Harriet (neither of these names is their "real" one) is a gorgeous, petite, longhair black-and-white movie star.

Then there's Jessica Always-the-Bridesmaid (who loves and loses family after family) who we feed down the street. People love her, care for her, and let her be an outside cat that they heap attention on, and then, BAM! people move on and leave Jessica to fend for herself (again). Some of it is her resistance to inside living; most of it is the vagaries of fortune. Also, sometimes when Tom's away, we feed Ignatius, who lives under his house and is in love with him, and who used to be called "Balls" before that "visit" to the veterinarian—a beautiful black male.

We also feed daily somewhere between five and seven ferals, for whom we did a devil's bargain with the SPCA ("If you neuter, we will feed"). The formal word for this family is clowder: a group of felines. After five years of feeding them (there were, at one time, 10 of them), they still won't befriend us.

So, you so-called cat owners (and you know who you are), take heart that there are others like you who are only here for the felines, and yes, you will spend more on their health bills than on your own, you will miss them when they're not prompt at dinnertime, and worry if they are not looking frisky enough. You'll put up with their favorite piece of claw-sharpening furniture being destroyed before your eyes, the occasional regurgitation on your precious rug, and the inappropriate bladder releases on that bath towel that you neglected to pick up, because you realize that it's their world, and you are only here to care for them. You're in their life. And you know what? That's all right with meow.

My dermatologist assured me that my minor facial surgery for a skin cancer would not leave much of a scar. I assured him that it didn't matter because I was "keepin' the mask" and had no intention of ever showing my face south of my eyes again. The first facial muscles to succumb... 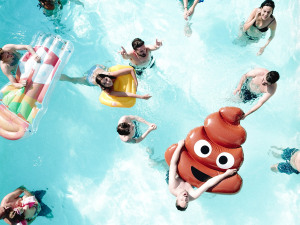 Surprise, it's June, named for the Roman goddess Juno, the goddess of marriage and the wife of the big guy Jupiter. And, at this point, the year is either half empty or half full depending how you look at it, and, in New Orleans, it's the start of a long hot summer. Crock Pot hot; sidewalk egg frying, wet blanket, steam room, Swamp Ass Hot. Now, you readers that were lured here from Northern climes may still have the biorhythms of a... 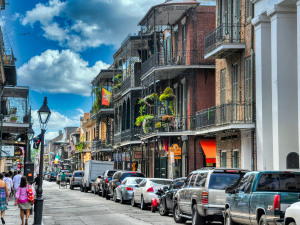