New Orleans can now add "home of one of the world's best new hotels" to its long and impressive resume, as Travel + Leisure has just named Maison de la Luz as a member of their reputable It List. The luxury 67-room guest house in the Warehouse District was opened in 2019, but it has rapidly made a name for itself as one of NOLA's hottest spots. Transformed from a 1906 city hall annex in the CBD, Maison de la Luz has been masterfully overhauled into a place that according to Travel + Leisure, "feels human, like the private home of some charmingly eccentric, fabulously wealthy grand dame."

This Warehouse District guesthouse presents luxury in a more familiar way, perfectly combining the classic chic elegance of French hotels with the hospitality and warmth of Southern bed-and-breakfasts. Designed by internationally acclaimed firm Studio Shamshiri, which was featured on the AD100 List and Elle Decor's A List, Maison de la Luz blends contemporary and vintage art and design that is sure to delight its guests. The property also houses a cocktail bar and lounge called Bar Marilou, which was created in partnership with France-based hospitality group Quixotic Projects.

To be included in the Travel + Leisure It List is no small feat. The list includes only the best of the best hotels from every corner of the globe, decided on by the publication's team of expert editors. This year's list included spots from Kyoto, Japan to Paris, France, and signified one of the most impressive "it lists" yet. In order to gain a coveted spot on this exclusive list, newly opened hotels and resorts must not only be top of the line in design and service, but they must also offer something new to the conversation of hospitality. Maison de la Luz is a charming breath of fresh air in the Crescent City, making it entirely worthy of this honor. Although this guesthouse is still brand new, it has already cemented itself as a standout in the Crescent City, and this is surely not the last we will hear of Maison de la Luz. 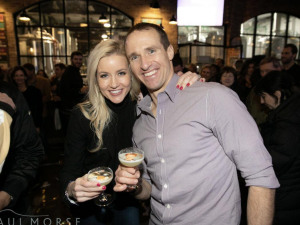 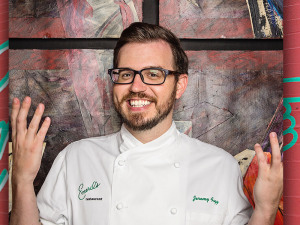