When traveling to a new city, researching what celebrities live in the area and looking up famous houses is often a popular tourist activity. Of course, in destinations like Hollywood and Orlando, celebrity sight-seeing is the number one thing to do, but there are many other cities that are home to A-listers and offer fun photo ops.

You can find famous properties all over the city, especially in the French Quarter and Uptown neighborhoods. New Orleans's most widely known in house celeb is probably retired quarterback Drew Brees, who owns a stunning 10,800 square foot home with an open floor plan. Saints' fans have shown Brees support throughout his career by flying Saints flags all around the city! Other celebrities with homes in New Orleans include rapper Lil Wayne, actor John Goodman, and musician Aaron Neville. But the sight-seeing isn't limited to modern day mansions; many historic writers and musicians like Ella Fitzgerald and Tennessee Williams spent time in the Crescent City. Famous writer William Faulkner lived in New Orleans for a period of six months in 1925. Since then, his house has been converted to Faulkner Books, a bookstore selling classic and local interest books!

In addition to celebrity properties, there's another landmark completely unique to New Orleans that is worth mentioning: Nicolas Cage's prebuilt tomb in the St. Louis Cemetery No. 1. How's that for celebrity sighting!

NOLA Named One of the Top American Cities for Burger Lovers

When it comes to a standout example of American food, nothing is as mouthwatering as "heaven on a bun," aka the hamburger. While the sandwich is now internationally famous and done with different meats in different countries, no one can top a home-grown American burger.... 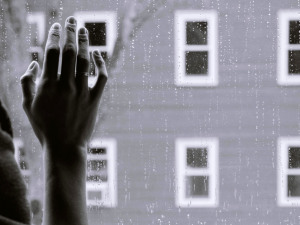 Sportsman’s Paradise Isn't So Happy, According to Study

In the state where football fans are ride or die, the food is seasoned to perfection, and social drinking is encouraged, how is Sportsman's Paradise not so paradise-like? From the outside looking in, it might seem like Louisiana is the place to go to let your hair down. Well, the writers at WalletHub are here to let us know that we're not so happy. According to WalletHub's recent findings in their report titled "2021's Happiest... 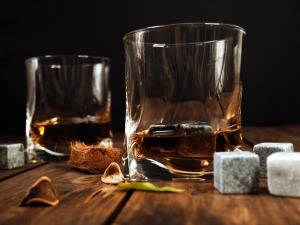 It all started 400 years ago with a barrel of moonshine. George Thorpe filtered the first ever batch of corn whiskey in Virginia all those years ago, and the tradition was carried on by George Washington distilling and operating the largest whiskey distillery in Virginia. However, some say that Elijah Craig is known as the father of bourbon (jot this down, it's great cocktail party knowledge). Craig created bourbon in 1789 by...