According to Krewe of Cleopatra rider Becca Fox, the idea behind the food packs is to throw something memorable, rather than the same old strands of beads that get stuck in the city's storm drains every year post-Mardi Gras. Not only are they memorable, but the packs will help to reduce the environmental toll that Mardi Gras takes on the city of New Orleans. The packs will allow locals and visitors alike to actually use what they catch at a parade, rather than let it go to waste like so much of the plastic has in the past.

New Orleans native Brett Davis founded Krewe Grounds, a nonprofit organization, with the intent of creating alternatives to standard plastic throws. In 2018, Davis started a volunteer recycling collection drive. A grant from Entergy and a partnership with Arc of Greater New Orleans helped kickstart the effort. Part of Davis' mentality was to replace unwanted items with more desirable ones, rather than just recycling them. Not only are rice, beans, and coffee abundant in Lousiana, but the Southern staples are cost-competitive and central to our city's culture.

The palm-sized packs consist of sealed packets of rice, beans, or coffee stuffed into jute bags, which is a highly renewable and eco-friendly material. The packs sell for the price of $2 apiece.

Jobs lost. Pay cuts. Hours cut way back. Occupations in flux. Businesses struggling to survive… Besides the illness and deaths invoked by the virus, the economy is, obviously, taking the hardest hit and causing the most suffering globally. There... 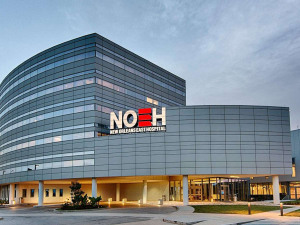 One of the biggest complaints in New Orleans during the entire coronavirus crisis has been a lack of available tests for the virus. How can we protect ourselves against its spread when no one can even be sure if they have it? New Orleans East Hospital has responded to those concerns with a recently opened drive-thru COVID-19 testing center. As of Wednesday, March 25, the... 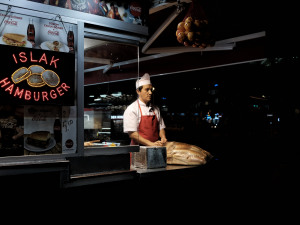 As COVID-19 continues to make its way through the country, people are being told to stay home and small businesses are being forced to close their doors. Perhaps some of the hardest hit will be those in the service industry, as Louisiana bars and restaurants have been ordered to close until at least April 13. As a result, thousands of service industry employees now find themselves out of work and struggling to make ends meet. Below is a...