Putting aside "their territorial differences to make beautiful music," Big Chief Romeo from the 9th Ward and Big Chief Jermaine of the 7th Ward formed the 79rs Gang in 2013, producing a new kind of Mardi Gras Indian music that combines tradition with club and electronic elements. The duo has come a long way since the authentic, traditional rhythms of their first album Fire On The Bayou was released in 2014.

Working alongside writer/producer Eric Heigle (The Soul Rebels, Lost Bayou Ramblers), Jermaine and Romeo have crafted their latest album Expect the Unexpected, a unique collection that straddles two worlds, bringing traditional Mardi Gras Indian sounds to the hip hop dance floor. "Romeo and Jermaine are two of the baddest Indian singers out there, not to mention Romeo can play tambourine as well as anyone I've ever seen," said Heigle. "That along with the concept of solidarity that is embedded within the 79rs Gang concept makes this project super unique. They worked really hard on this music and I couldn't be prouder of 79rs Gang for Expect the Unexpected."

For Expect the Unexpected, the 79rs Gang collaborated with many different artists including notable musicians such as Win Butler of Arcade Fire, trumpeter Nicholas Payton, famed New Orleans percussionist and vocalist Cyril Neville, and the Haitian music collective Lakou Mizik. The brilliantly-hued artwork on the album cover was created by local artist Ceaux Young.

"In the 1970s, Bo Dollis and Monk Boudreaux opened the door and took Mardi Gras Indian music and culture around the world using New Orleans funk. On Expect the Unexpected, we bring this culture into the future," says Bossier. "We take this music around the world using a beat machine, using the sounds of hip hop and dance music. This is music for young people and old people, for the people of New Orleans, and for people who know nothing about this culture. This is music for the whole world."

**For more information on 79rs Gang and Expect the Unexpected visit https://79rsgang.bandcamp.com/. Listen via Bandcamp, Soundcloud, Spotify and more!

Satchmo Summerfest Goes Virtual for Its 20th Anniversary This Year

Satchmo Summerfest's "Seven Days of Satch," presented by Chevron, will host a virtual tribute starting July 27 through August 2. Even though the Summerfest will be hosted virtually does not mean the music stops. Many artists and... 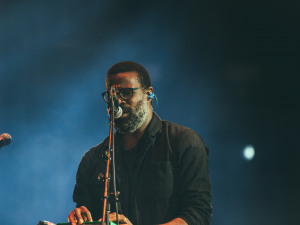 Essence Festival is still happening, albeit with a few adjustments. The festival is going virtual and featuring a number of new ways to enjoy it. It ran on June 25-28 and will also take place July 2-5 this year, offering a full array of cultural events to enjoy right from the comfort of your own home. The festival will be host to a number of evening concerts by names as big as Bruno Mars, Common, John... 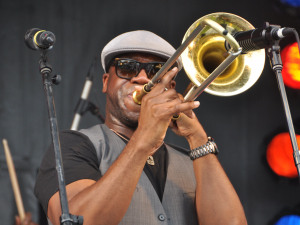 On Sunday, June 28, the all-day livestream marathon and virtual music festival Justice Comes Alive will let you tune in to live performances while you donate to a good cause. In order to secure a spot and participate, fans must donate to Justice Comes Alive in partnership with the PLUS1 for Black Lives Fund, to give proceeds to participating artists as well as organizations like Equal...