Some people might think that multi-instrumentalist Doug Kershaw got his start in 1969 when he was appearing on nationally aired TV shows and touring with people like Eric Clapton and the Rolling Stones, but that’s only one part of his story. Doug Kershaw has been sawing a fiddle, making music, and spreading the word about Cajun culture ever since he learned how to play when he was a young boy. At 82 years young, he’s happy to still be making his audiences dance along to his jaunty tunes, and he’s looking forward to yet another appearance at the New Orleans Jazz & Heritage Festival.

Doug hails from Cameron Parish, a place that is populated with full-blooded Cajun people. His father was a hunter and trapper, and the only language that his family spoke was Cajun French. He explained that most of his family members were able to play an instrument and that he picked up the art when he was just five years old. He would go on to learn how to play dozens of instruments, but the fiddle is the instrument that gained him the most fame.

“We had no radio, but we did have instruments. There was fiddle, guitar, accordions, stuff like that. At nine years old, out of necessity, I started playing professionally in Cajun bands. I started touring with older people because I was nine or 10. It was okay. Then at 20, I started touring with my brother Rusty in West Virginia. That was a trip; that was something,” he said. 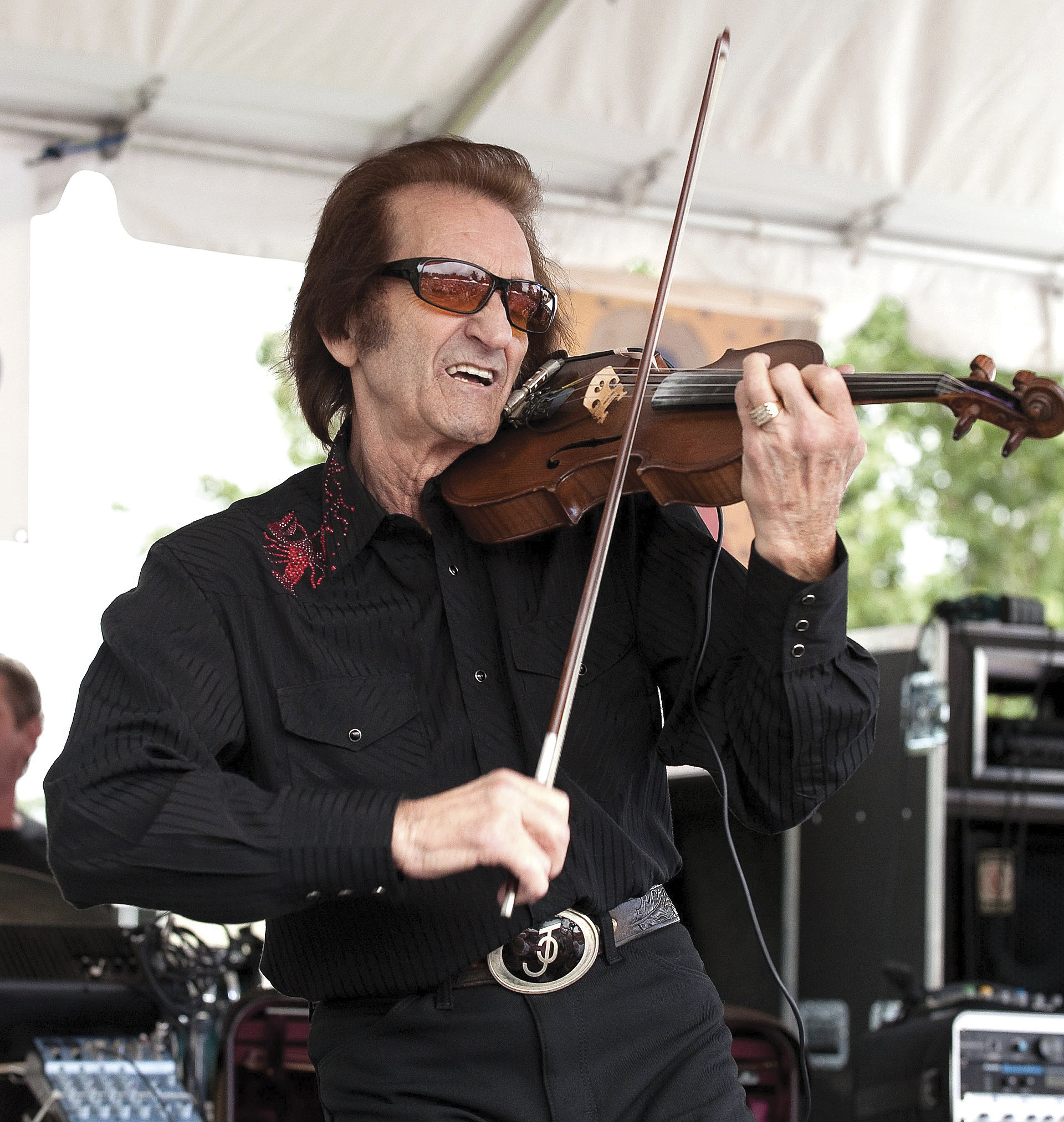 By the early 1950s, Rusty and Doug were a popular Cajun duo, playing across the South and making their way to the famous Louisiana Hayride in Shreveport. However, they were told that one aspect of their music was holding them back from reaching a higher level of success. Their songs were sung in Cajun French, and they were advised to translate their lyrics to English.

Doug learned English when he was enrolled in school. Like many Cajun children, he was reprimanded for speaking Cajun in class, which led to a steep decline in the language. “I couldn’t speak English until I started school at seven. As a matter of fact, they threw me in the third grade. The thing is, they never told us why we had to [speak English]. It took me years of research and figuring out why,” he explained.

Cajuns were sent out to the frontlines of WWI to help translate for the American troops. Yet starting in 1915, the State Board of Education demanded that school teachers punish children who were caught speaking Cajun French. Parents were offended by the practice and attempted to take their children out of school, but their efforts were thwarted when the Mandatory Attendance Act of 1916 forced the parents to keep their children in the schools where only English was spoken. In 1921, the Louisiana Constitution was changed to proclaim that no other language than English was to be spoken in the public school system. Cajun translators were also used in WWII and were finally seen as great contributors to the war effort.

Cajun French was legally protected in 1968 when the Council for the Development of French in Louisiana was formed and Cajun culture was taught in area schools. This was also the time that Doug decided to go solo, which allowed him to bring Cajun culture to a wider audience.

Doug and Rusty went their separate ways in 1964, and Doug worked hard to make himself known as a solo artist over the next few years. He explained, “My brother Rusty and I had a lot of big hit records, a great catalogue. When I switched over to playing solo, that was incredible. It was an incredible rise, and I’m still rising. I didn’t know what I wanted exactly, but I know I wanted to be [big]. I knew that much, just had to figure out how to do it.”

In 1969, Doug appeared on Johnny Cash’s variety show; Johnny was a former player with the Louisiana Hayride as well. “As a matter of fact, back in ’69, Johnny Cash’s first question he asked was, ‘What is Cajun?’ Then I said, ‘Have I got a lot to teach!’ I started talking about it on every TV show, and I did them all, all the time. I introduced them to Cajun music. I’m a Cajun that plays music. Every album I ever did, I played an accordion,” he explained. 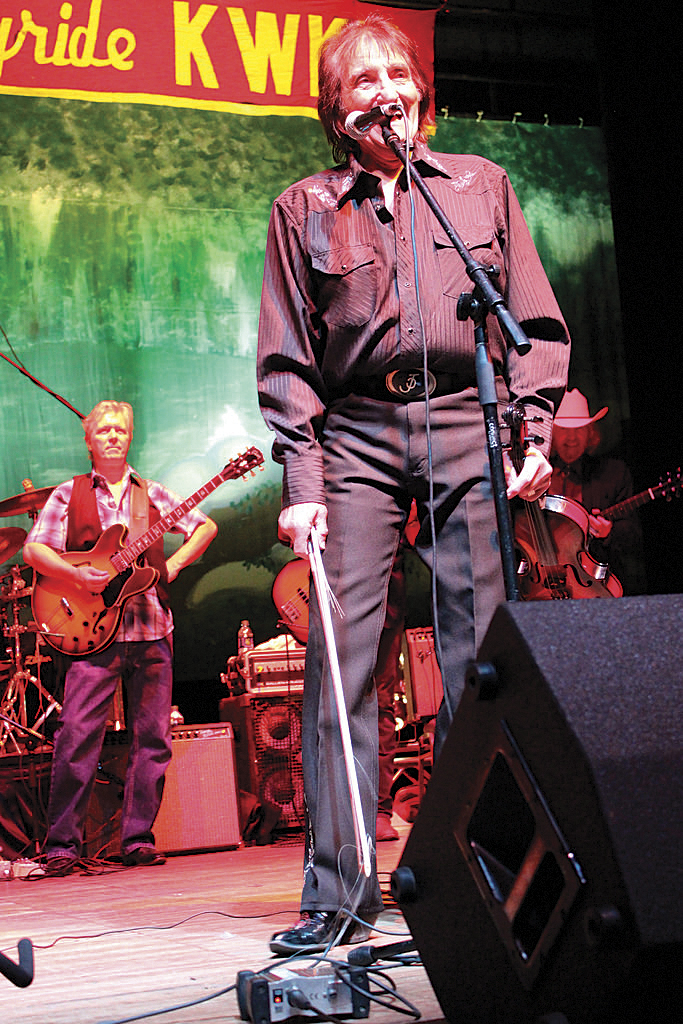 Doug’s fervor for educating people about Cajun culture and entertaining them with his folk music garnered him the attention of the most popular artists of the day. In the summer of 1969, he played at the Newport Folk Festival alongside Joni Mitchell, Arlo Guthrie, and Don McLean. At the end of 1969, Doug opened for Eric Clapton’s band Derek and The Dominos for an entire week at the Filmore East in New York City.

“They didn’t know what Cajun culture was. The world didn’t know, and I took it to the world. I had to explain that. I explained what our culture is,” he stated. Doug returned to Cajun French for the 1999 album Two-Step Fever, and several Cajun French-singing bands have risen to fame in his wake. For his music and his ambassadorship of Cajun culture, Doug was inducted into the Louisiana Music Hall of Fame in 2009.

Doug continued to make records and perform shows for his fans, and he started a family, which made him decide to leave Louisiana. Doug moved his wife and five children out west 31 years ago. “We decided to take our boys and raise them closer to my wife’s family and different schools. We moved here to Denver, Colorado, and I love it. It’s centrally located; I can fly anywhere in the world from Denver. We made a good choice. It’s easier for me to be free here because nobody knows me, and that’s what I wanted. I don’t want to be the stage Doug Kershaw, I want to be the man Doug Kershaw.”

This won’t be the first time that Doug has graced the stages of Jazz Fest, but it may be his best show here so far. He explained, “I’m excited to do Jazz Fest again; I haven’t done it in quite a few years. I’m 82 years old and still kickin’ the hell out of it. I’m going to put on what the people want me to put on, and they always want me to do the right show. They expect ‘Louisiana Man’ and ‘Diggy Diggy Lo’ and all that. It’s a pleasure to do it for people because that’s why I’m here.”