Hopelessness at Home: Tigers and Saints Having Rough Start to Season

"Hello darkness, my old friend. I've come to talk with you again…"

The opening lines to Simon & Garfunkel's "The Sound of Silence" always seem to creep back into my thoughts following a tough sports loss, providing a soundtrack to the despair overwhelming my soul on Saturday and Sunday nights.

Except, instead of taking a tranquilizer dart to the neck, falling in a pool, and being rescued by Stifler with a mullet, I wake up to the realization that the Tigers and Saints may not have the "magic" this season.

The thought of LSU and the Saints reverting to mediocrity is frightening, and early in this season, both fanbases have seen glimpses of what might be around the corner.

The fairytale season is officially over in Baton Rouge, and the Tigers were dealt a harsh reality check by Mike Leach and the Mississippi State Bulldogs, losing 44-34 in Death Valley.

After back-to-back losses, the Saints are off to their first 1-2 start since the 2017 season.

Neither team can be labeled a dumpster fire this early in the year, but both performances belong in the garbage.

As we await a fresh weekend of potential wins, take solace in your team's past accomplishments. In honor of all the fond memories former LSU quarterback Joe Burrow and a younger version of Brees have brought their fanbases, here are nine thoughts following the Tigers and Saints losses.

1. New faces everywhere. If you had to check the roster more than once while watching LSU's opening game, you are not alone. LSU replaced 17 starters from last season, including its quarterback, and the new-look Tigers proved to be as young or inexperienced as we all feared this offseason.

2. Bo Pelini's return was abysmal. LSU's new defensive coordinator, back for a second stint in Baton Rouge, received high praise from Coach Ed Orgeron all summer. Then the ball was snapped on Saturday, and the Tigers surrendered a single-game SEC record of 623 passing yards and five touchdowns to Mississippi State quarterback K.J. Costello. How many times did the secondary need to get torched by Bulldog receivers before he altered his strategy? The lack of in-game defensive adjustments was mind-boggling.

3. The secondary was a wreck. The absence of all-world cornerback Derek Stingley was noticeable, but the sophomore star of DBU would not have been able to cover every Bulldog receiver himself. Instead, the Tigers utilized inexperienced players like Darren Evans, a Nicholls State graduate transfer who recently joined the team; sophomore Jay Ward, who missed two weeks of practice in camp; and true freshman Elias Ricks—who probably had the best game of the three. Sure, Stingley's presence is a difference-maker, but Costello would have still exploited the inexperienced corners.

4. Myles Brennan looked overwhelmed. The junior quarterback was rattled, struggled to convert on third downs, and took entirely too many sacks. Statistically, his first start was one of the best performances by an LSU quarterback, and on most days could have won the Tigers the game. Unfortunately, his first start came in front of barely a quarter of a normal Tiger Stadium crowd, with teammates who were mostly just as inexperienced as he is, against a nightmare matchup for his defense. Brennan has the physical tools to succeed, but we'll find out soon if he has the mental makeup to be a true leader in the Southeastern Conference.

5. End-of-game clock management was awful. Down 10 points, the Tigers got the ball in the fourth quarter with three and a half minutes left. Brennan led the Tigers down the field, and with a little over a minute left on the game clock, had the offense in field-goal range. With LSU down two scores, logic would dictate that a team should kick a field goal, save a timeout, then try to recover a miracle onside kick so your offense can go and try to tie the score. It's a longshot, but at least it's a shot. Orgeron ignored logic and opted to keep trying for a touchdown, despite his team being in field-goal range for the last few plays of the game. Based on his strategy, it felt like Orgeron was conceding the game instead of going for the win, which is uncharacteristic and disappointing.

6. The Saints' defense needs to wake up. After an impressive opening win against the Buccaneers, the New Orleans defense was torched for a second straight game. Big plays, short plays, long drives, quick scores—you name it, and the Saints defense is allowing it. The Saints can't generate a consistent pass rush, and Cam Jordan has no sacks through three games, putting too much pressure on the secondary to hold coverage. Sunday night, the secondary made second-year Packers receiver Allen Lazard look like a Pro Bowler, the way he torched the Saints' defensive backs. It's one thing to get caught napping by the Raiders, but the Packers were 13-3 last season and nabbed a first-round playoff bye from the Saints. If that doesn't get a team hyped up, what will?

7. The Alvin Kamara show rolls on. The Saints squandered a brilliant 197-yard, two-touchdown performance by Kamara, including an incredibly elusive 52-yard catch and run in the third quarter. It was the type of play that would have blown the roof off of the Superdome. The fourth-year running back is doing everything possible to will his offense to victory while fellow superstar Michael Thomas recovers from injury, but he only touched the ball 19 times against Green Bay. Kamara is one of the most dynamic playmakers in the NFL; feed him.

8. Run the ball. As Kamara's night was heating up, fellow running back Latavius Murray began to have the makings of a solid night on the ground with a couple of bruising runs for—or near—first downs on the second drive. Murray ended the night with 12 carries for 58 yards, but early on, it felt like a bigger game was in play for him. If the Saints will not throw the ball downfield, they should run the ball more than 20 times and give Murray some more snaps in the backfield.

9. Penalties! Penalties! Penalties! This is a recurring theme for the Saints, who, for three straight games, keep hurting themselves by committing preventable penalties. The team's lack of discipline is costing them games, and it's something that has to be cleaned up if they are to succeed this season. The Packers had two penalties for 10 yards on Sunday night. It can be done.

Andrew Alexander is a contributing writer, football fan and unofficial President of the Arch Manning Fan Club. Follow him on Twitter at @TheOtherAA and listen to the Krewe du Drew podcast.

A virtual challenge issued to women of Louisiana to promote both physical and mental health in a time when both are a rare commodity is a good challenge indeed. The Allstate Sugar Bowl Crescent City Classic is a 10k race you may be familiar... 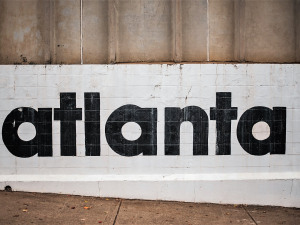 Here we go again. In the most unpredictable year imaginable, the Saints have a case of injury déjà vu involving Drew Brees. The Saints quarterback took a vicious sack in the second quarter against the San Francisco 49ers, was able to return and orchestrate New Orleans's final drive for a touchdown but did not return to the field in the second half. Monday, it was revealed that Brees is... 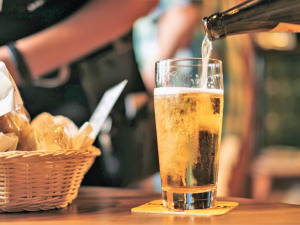 Six Places to Catch the Saints Game This Sunday

With the stressful week that many people have had, the chance to unwind by watching a football game is a necessity. This weekend the Saints will be playing the Tampa Bay Buccaneers in what is sure to be a great match-up. Sports bars are opening back up, and restaurants are making sure that you can enjoy a game and great drinks while cheering the Saints on to what will be, hopefully, their fifth win in...