When you think of sweeteners produced in Louisiana, your thoughts might first go to cane sugar. But if you're looking for an alternative, you could try one that's even cultivated right in New Orleans: local honey.

The bee-made food is a tasty alternative to sugar, jellies, and syrups for snacking or cooking, and buying honey produced locally helps keep money in the local economy. It also helps support local agriculture and projects that rely on the sweet substance as an income stream.

Capstone, a nonprofit that builds food-growing community gardens in the Lower Ninth Ward, started cultivating beehives as a way to ensure its plants get pollinated, said founder David Young.

"A lot of people don't realize that Katrina destroyed wildlife as well as property and human life, and so one of the things that was pretty much decimated in the area was honeybees," Young said.

The group started with just one hive and now has about 30, with honey sales funding approximately one-third of the organization's activities. The honey is available at a few locations throughout the area, including The Coffee House (7265 St. Claude Ave.) in Arabi,Urban Roots Garden Center (2375 Tchoupitoulas St.) Uptown, or the New Orleans Food Co-Op (2372 St. Claude Ave.) in the Marigny.

Another option commonly found at the Food Co-Op is jarred honey from St. Rose's Happy Hen Farm, where the husband-and-wife team of Matias Raygoza and Kathia Duran also raise free-range chickens for eggs. A few years ago, Duran said, a man visited the farm asking if he could place some beehives there, and Raygoza quickly got into raising bees of his own.

"One thing I can tell you about beekeepers: They get really obsessed with it," Duran said.

You can also often pick up honey at the various locations of the Crescent City Farmer's Market, where beekeeper Gerard Burg sells what his bees produce at three hive sites between the towns of Independence and Amite. "A bee's range is about three miles from where the hives are," he explained.

Other local bee products are available, too: Adam Strain said fans of his Let It Bee Apiary have bought lip balm and candles made from wax from his bees. Those who want those or his honey, which is also available at Stein's Deli (2207 Magazine St.), can make purchase arrangements through his Instagram account at @letitbeenola.

Some allergy sufferers swear by honey produced nearby—Young suggests 25 miles is about the limit—saying that a regular taste of the local product helps keep away coughs and runny noses. The theory is that small doses of pollen found in the honey help immune systems get used to being exposed without overreacting.

Honey is also said to have antimicrobial properties—it doesn't easily spoil, and, historically, has even been used topically to treat wounds and skin conditions like eczema. The CDC recommends it not be given to infants under one year old because of a risk of bacterial infections.

What types of flowers bees visit on their foraging trips unsurprisingly has an effect on the color and flavor of the honey. Manuka honey, primarily produced in New Zealand from bees that pollinate the namesake Manuka tree, is prized throughout the world for its flavor and purported medicinal properties. Locally, Northshore beekeeper Adrian Juttner, who offers honey at Rose Garden Center in Marrero and a grocery store in Abita Springs, keeps bees near his chestnut grove near Poplarville, Mississippi. The honey from those bees has a distinctive "burnt sienna" color, he said, and a somewhat bitter flavor that's beloved by some buyers.

"It's for aficionados," he said. "People who appreciate, for example, truffles and appreciate real Russian caviar—the real hard-to-get stuff."

Shae Thomas, who keeps two hives of bees at her home in Gentilly Woods (in accordance with city safety rules), said her honey often has a lemony flavor from citrus trees in her yard. The honey is available at her website (shaeshea.com), along with beeswax candles and lip balm.

Producers say their honey varies from season to season, since their bees are feasting on different flowers throughout the year. That's not the only factor that affects honey: Many beekeepers say that there are differences based on whether honey is filtered to remove solids, whether it's pasteurized or otherwise heated, and when it's extracted from the hive.

"One little detail is that he usually harvests the honey when it's a full moon because that's when the honey is denser," Duran said of her husband. "If you harvest the honey before that, it's very liquid."

Keeping bees isn't always easy. News reports have been filled with accounts of bee colony collapses and dwindling populations, thanks to everything from pesticides to bee parasites. Local honey honchos say Louisiana is no exception. Spraying is commonplace to kill mosquitos, and warm winters mean parasites can survive from year to year. The high humidity also makes it critical to keep honey in sealed containers once it's extracted, said Juttner, since honey will naturally absorb water from the air. But while times can be hard, Juttner, who is largely retired from running a tree service, said he plans to stick with cultivating the honeybees he's been working with for decades.

"It doesn't matter whether I make a little more or a little less on them," Juttner said, simply happy to be working with his bees full-time, as he loves to do. "I guess we're living the good life, really."

When you think of sweeteners produced in Louisiana, your thoughts might first go to cane sugar. But if you're looking for an alternative, you could try one that's even cultivated right in New Orleans: local honey. The bee-made food is a tasty alternative... 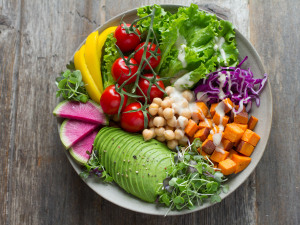