Heading into the Christmas week, New Orleans was hoping for a holiday miracle against the Kansas City Chiefs. Instead, the Saints suffered a similar fate to nearly every one of Kansas City's previous foes: a loss.

Quarterback Drew Brees looked less than stellar in his return, yet the Saints somehow found a way to make things interesting and give their fans a glimmer of hope during a 32-29 loss last weekend. Brees completed less than 50 percent of passes, the Chiefs dominated time of possession, and the Saints found themselves the recipients of their second losing streak of the season.

Fortunately, New Orleans doesn't have to wait long to regain their winning ways with a Christmas afternoon date against the Minnesota Vikings, aka the team that has knocked the Saints out of the playoffs two of the last three years.

Revenge is a dish best served after stockings and carols, and it's time for the Saints to bring some holiday cheer to the Who Dat faithful.

Minnesota enters Friday's game also riding a two-game losing streak, but they could easily have five straight losses. The Vikings have lost three of the last five, but those two wins came by a combined total of four points.

Minnesota is mediocre, and the Saints haven't soon forgotten the pair of last-second losses they were dealt by the Vikings the last few years.

Make no mistake about it, the Saints didn't play a great game last weekend, but despite Brees shaking off the rust of missing four straight games, New Orleans still had a shot. Kansas City held the ball for over 41 minutes of game play, and the Saints only lost by a field goal. Minnesota, however, is not in the same stratosphere as Kansas City. There's no Patrick Mahomes to bail out Minnesota when the going gets tough. Instead, Minnesota has Kirk Cousins, the most milquetoast quarterback a franchise could ask for, and it shows.

What Minnesota does have is one of the best running backs in the NFL. After having their vaunted streak of holding individual rushers to under 100 yards snapped against Philadelphia two weeks ago, the Saints' front seven restarted a new streak against the Chiefs last weekend. New Orleans's rushing defense, however, is going to have its hands full this weekend.

Minnesota running back Dalvin Cook runs like a bat out of hell. He's second in the NFL, with nearly 1,500 yards, and has a league-leading 15 rushing touchdowns. Cook is the straw that stirs the Vikings offensive drink, and if New Orleans can bottle him up, they should find themselves back on the winning track.

Despite Cousins's deficiencies as a passer and a leader, the Vikings do have an impressive receiver tandem. New Orleans area native and former LSU star Justin Jefferson is lighting up the league in his rookie season, with 73 receptions for 1,182 yards and seven touchdowns. Meanwhile, Adam Thielen is having another solid season, with nearly 800 yards and 13 touchdowns.

If the Saints lose this game, however, they should flush any significant postseason aspirations down the toilet. The Vikings started the year 1-5, got lucky for a few weeks in November, and have had a very non-descript past few games. Minnesota lost to Dallas, beat Carolina by one point, beat Jacksonville (who may end up with the worst record in the NFL) by a field goal in overtime, and then lost their last two games.

Yes, New Orleans has lost two straight games. Two weeks ago, the Saints got caught napping against a frisky Philadelphia squad with an ambitious rookie quarterback. Last week, they faced off against the defending Super Bowl champions, who feature a generational quarterback talent.

Is the No. 1 seed probably out of reach? Yes. But put away the panic buttons because the Saints are fine.

Cousins is the most skittish quarterback in the NFL. If New Orleans applies half the pressure they normally put on Atlanta quarterback Matt Ryan, Cousins should have at least a couple of interceptions by halftime.

The Saints are talented, ferocious, and capable of great things, but they need to rediscover their mojo over these final two regular-season games.

New Orleans doesn't need a Christmas miracle to secure a victory against Minnesota. Instead, they just need to channel three years' worth of playoff heartbreak into destroying the Vikings Friday afternoon, giving Minnesota the bluest Christmas possible. 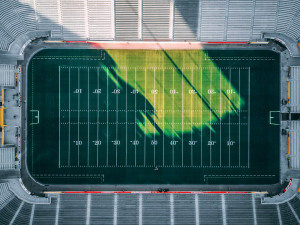