William Goldring-Bill-is complex character-being both easy and difficult to talk to. He's easy to talk to because he's laid back-as chill as a clear block of ice. He's difficult because he's the kind of person who doesn't like the spotlight. Ask him a question about himself, and, if he feels the answer is self-serving, he redirects the conversation like a magician doing sleight of hand.

A blend of Bruce Wayne and Peter Parker, Bill is a billionaire philanthropist who lives Spider-Man's philosophy "with great power comes great responsibility."

Bill often makes direct contact through e-mail-not from an executive assistant but directly from him. He provides an office number and his cell phone number, and he answers the phone himself. This is not at all what you'd expect from the owner and chairman of Sazerac Company, which manages Buffalo Trace, Fireball, and Pappy Van Winkle-to name a few.

Bill's son Jeffrey works with him. But it's clear that Bill, at 76 years old, isn't passing the torch or retiring anytime soon.

The Goldring family work ethic is genetic. Bill's grandpa Newman Goldring founded Sazerac in 1898. His parents Stephen and Teal Goldring raised him in New Orleans. He went to Tulane. He got his undergrad degree in business in three years-not as a rich-kid super-senior. "If I have to graduate, I might as well do it in three years instead of four," he said. Bill has sat on the board of Tulane for over 26 years.

He also sits on the board of trustees for the National WWII Museum. His family established the Goldring Family Foundation in 1955-the foundation champions social justice-equality, diversity, community, education, healthcare, culture and the arts, Jewish causes, and economic development.

When asked about the family values he inherited, Bill shares a letter his parents wrote him in celebration of his twenty-first birthday. He keeps the letter framed in his office.

Health-You alone can give yourself this. Take care of yourself.

Happiness-You alone can create this for yourself. Make good decisions.

Wealth-Money is not for you alone. The more money you have, the more we expect you to help others.

Every child deserves a letter like this
from their parents.

When asked about causes that he supports and wishes that more people were aware of, Bill mentioned, "Tulane athletics. The tennis program is one of my passions." He quickly listed the program's many accomplishments.

He then brought up "[o]besity. The dean of Tulane Medical and I developed a program to teach med students nutrition. Tulane has franchised the program to 60 universities, domestic and abroad. Proper nutrition prevents many medical issues."

The Times-Picayune gave Goldring the Loving Cup in 2011. Since 1901, the award has been presented annually in recognition for outstanding contributions to the city of New Orleans.

"Never buy a bourbon distillery," he said with a laugh when he was asked about advice his father (and mentor) gave him. The purchase of the Buffalo Trace Distillery went against said advice. When Bill acquired the distillery in 1991, bourbon had been on a 25-year backslide. "I purchased the inventory, and they gave me the distillery. It was always my favorite bourbon, but it was about to close. Bourbon sales in America were next to nothing. We brought it back from mothballs-forty employees, 113 acres." As of right now,
Buffalo Trace now employs 3000 employees on 450 acres.

Bill replied, "I happen to like Fireball very much. I drink it with lemonade," when asked about that brand-which was unexpected. "I was in a restaurant," he continued, "and heard a middle-aged couple order Fireball old fashioneds. It's the largest selling whiskey product in America, and our number one call brand. It's for all ages."

If you're wondering what the company's best-selling brand worldwide is, it's Southern Comfort.

As far as Sazerac Rye and Buffalo Trace, Bill's favorite ways to drink them are classic: the Sazerac and the old fashioned. He also mentioned the recently developed Handy & Schiller batched and bottled cocktails-Thomas Handy took over John Schiller's Sazerac Coffee House in 1869; Handy developed the Sazerac cocktail as we know it now.

"When you go into the Sazerac House museum, you can read about it. Sazerac de Forge was one of our original imports from France." The Sazerac House property was renovated to erect a monument to the tradition of the New Orleans Sazerac. The historic building was purchased from the Sheraton, the proprietors of which didn't want the building to be a souvenir store, apartments, or condos. Sheraton owned the building for 35 years before relinquishing it to a purpose they found worthy. Bill hopes it'll be a destination stop.

"[There's] no better place to have the history of cocktail culture than New Orleans. New Orleans. The museum traces the incredible history of that culture. All the rum in America came through New Orleans, from the islands. We lucked out getting this piece of property. Nowhere else could we have this like we do in this building's location."

Sazerac House, now at 101 Magazine Street, is a block away from the original Sazerac Coffee House on Royal Street. The grand opening was extremely New Orleans: black tie, even in September, food, live music, dancing, art, and culture.

When asked about his favorite thing about New Orleans, Bill has an all-encompassing answer: "The culture: its roots, food, music, people. Words can't describe or do justice to this great city. The important thing to me is preserving that culture, bringing people into it. That's why we're so involved in our foundation, in things that bring people together. Tulane University is of primary importance. Educated people who are educated at Tulane bring their kids here, send them to school here, come back here. They help sustain Audubon Park; they sustain City Park. Tulane is the leading driver and force in public education after Katrina."

Thank you, Mr. Goldring-for your time and for everything you've done for this great city.

As the coronavirus pandemic has put much of society at an economic halt these past few months, a scarcity of residential real estate on the market has driven the median sales price of existing homes to an all-time high in April, according to... 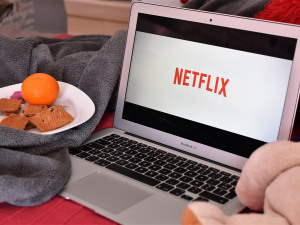 Time may seem hard to gauge nowadays, so, to help you keep your June calendar on track, here are a few select Netflix coming attractions, as well as approaching deadlines on shows and movies leaving the streaming platform. You'll know June 1 has arrived when "spooky summertime streaming" begins with family classics Casper and ET: The Extra Terrestrial. After the kids go to bed, parents can enjoy... 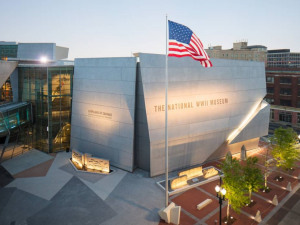 After nearly three months of precautionary closure, the National World War II Museum will reopen to the public in a reduced capacity, just in time to commemorate Memorial Day. Museum officials and operations staff spent the past eight weeks assessing new protocols with healthcare experts and peer institutions as to how they could meet health standards while maintaining the award-winning experience that attracted over...