According to a report from myarklamiss.com, a Louisiana-focused news site, the nation's Department of Education has granted our state's Department of Education a generous sum of $42 million to be used for a five-year plan to bolster literacy. Rather than going exclusively and directly to obvious literacy hubs like English classes, this money will give schools opportunities for creative and nuanced ways (think extracurriculars) for students to be engaged in learning the intricacies of the language, even outside of school. Families will be provided with plans and support in literacy-based activities for their children to participate in, for example. This amount of money also allows for schools to go the extra mile if they so choose and hire actual professionals, such as literacy coaches, to create an environment where a student is almost always learning in one way or another.

According to Louisiana's Department of Education, nearly 70,000 underprivileged children will benefit from this grant and the literacy programs that will stem from it. Seeing as how this is a new development, schools are still mostly in the dark as to the specifics of this distribution and its applications, but the Louisiana Department of Education has promised to officially inform all recipients in a timely manner.

This sort of aid is a welcome and sorely needed gauze for Louisiana's sucking education wound. As has been recently reported, our state ranked the third worst in the nation for mathematics in a poll by Wallethub.com. Literacy, unfortunately, is the next horse in the losing race and has been at unacceptably low levels for far too long. Hampered learning environments due to the pandemic are certainly not helping children either, as remote learning is beginning to show its weaknesses as the months drag on. Hopefully, with an eventual return to social normalcy, this grant can be put to effective use to turn our state's children into fine writers of noteworthy caliber.

Krewe of House Floats: What to See and How to Join

Where there's a will, there's a way—so says the cliché. For a brief moment, it seemed will alone wasn't enough to bring back parades. New Orleanians took stock of where we were with the COVID-19 pandemic and decided it best to call off traditional Mardi Gras... 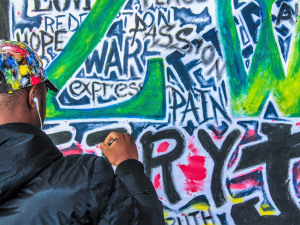 For centuries, the survival efforts of the indigenous and African American people of Louisiana have been overlooked. The gratifying endeavors of minorities to outlive incessant hardships, from natural disasters to social and political adversity, have always been outstanding. As a tribute to these remarkable efforts, the Foundation for Louisiana (FFL) will be providing 30-40 grant awards for local minority-based artists...

In the Dog House: Krewe of Mardi Paws Announces Floats and Other (Glittered) Crap

Pink, green, gold, purple, or blue—no matter the color, the signature turds sparkle like Swarovski. We're talking about the photo banner on the Krewe of Mardi Paws website, where they have posted a pun-filled announcement about a new project this year: Dog House Floats. As for the glitter poops? Those are the krewe's signature throw—and yes, this year, you're invited to make your own in the spirit of friendly competition....