The UEFA, or the Union of European Football Associations, is kind of like the NFL of soccer. Next to the World Cup games, this is the biggest soccer tournament out there. This year is the 65th season of this soccer stand-off, and, following a round-robin-style series of multiple rounds, the teams have now been narrowed down to the best two for this year.

Walk-On's is the spot to be when hoping to watch a major sports game. With a large dink menu alongside New Orleans-style bar food, your Sunday game night will be exactly what you hoped for. 4436 Veterans Memorial Blvd., walk-ons.com

Barcadia is a bar made for fun, which makes it a perfect spot to watch exciting sports games. With plenty of games of their own, outdoor and indoor seating, and a rockin' food and drink menu, the possibilities of fun are endless. 601 Tchoupitoulas St., barcadianeworleans.com

Hang loose and watch the big game at Lucy's this Sunday by making a reservation, as suggested. With bites, brews, and beverages (plenty of alcoholic options), this hot spot is perfect to host your game day. 701 Tchoupitoulas St., lucyssurf.com

If you haven't been to Loft 18 yet, now is the perfect time. Enjoy the soccer game while drinking and eating with your party. If that's not enough to convince you, you can even play games of your own in the Simulation Stalls. 3128 Metairie Rd., loft18.com

Mid City Yacht Club is open with seating both indoors and out. With food, beer, and spirits, you are sure to enjoy the game while also being socially distant. Classic Southern bar food and a beer on a Sunday game night can't be beat at the Yacht Club. 440 S. St. Patrick St., midcityyachtclub.com

The 113th annual iteration of the NOAC's Turkey Day Race is still on this year, but in a more asynchronous manner. Rather than the more typical race-day gathering of swarms of runners clad in turkey socks and hats that you may be used to, this... 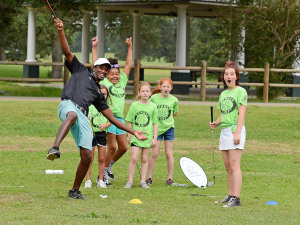 Fundraisers and events are great ways to get funds for organizations that you care about. Over at First Tee, a youth organization that helps children build up their character while learning golf, they've collaborated with the Fidelity Bank P.O.W.E.R. program to raise funds for the First Tee Ladies. The program, which stands for Potential of Women Entrepreneurs Realized, seeks to help meet the needs of... 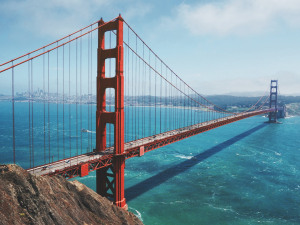 Pedal to the Metal: New Orleans Aiming to Extend Winning Streak to Six Against San Francisco

The Saints have their swagger back! After annihilating Tampa Bay 38-3 last Sunday night, New Orleans now holds sole possession of first place in the NFC South and looks like they've finally rounded in the Super Bowl contending form many of us expected to see this season. New Orleans played a near-perfect game last week on the road, embarrassing Tom Brady and the Buccaneers in one of the most...