America's history of fro-yo is laden with lawsuits, ruthless competition, and punning store names. Pound for pound, frozen yogurt tops the scales as the sensational national dessert saga. First introduced in the '70s as the health-conscious fraternal twin of ice cream, frozen yogurt had drips and drabs in its popularity. When fro-yo reappeared in the '00s, it was on track for world domination. Marketed as "natural" (it didn't matter that milk solids, sweetener, and Lactobacillus bulgaricus do not naturally combine in frozen temps in nature) and a "healthy dessert" (an oxymoron, probably), frozen yogurt became trendy. Celebrities were sighted holding those signature cups and spoons. Paparazzi snapped close-ups of Fruity Pebbles prancing atop a mountain of Original Tart flavored yogurt. Self-serve shops mushroomed across the country. By 2014, the trend grew cold. QSR Magazine offered tips to survive market oversaturation. Fro-yo fell short of cosmocracy, but its place in American food fads is cemented. On this National Frozen Yogurt Day on February 6, visit one of these frozen yogurt spots to honor an empire, a phenomenon, and a dairy (or dairy-free!) legend.

The Country's Best Yogurt, aka TCBY, began in 1981 as a little shop in Arkansas. Originally named This Can't Be Yogurt, the company was promptly sued by their competitor, I Can't Believe It's Yogurt! Despite the bitter lawsuit, TCBY became an influential player in introducing America to the tart, healthier-choice dessert. It would be another 30 years for the country to fully warm up to fro-yo, but TCBY stuck around, thanks to their refreshing tropical flavors (they have three different variations on mango, including Mangolada, Mango Tango, and Mondo Mango). In 2000—six years before frozen yogurt would really get hot—TCBY cobranded with Mrs. Fields. This teaming up made them a must-stop snack spot at the mall. TCBY in Metairie stands alone and stands strong, offering tantalizing specialty items such as parfaits, banana splits, and sundaes, as well as their soft-serve with all your favorite toppings. 701 Metairie Rd., Metairie, (504) 835-2983, tcby.com

If Helen of Troy was "the face that launched a thousand ships," then Pinkberry was the store that launched over a thousand fro-yo shops. Their website claims to be the brand that "reignited the phenomenon for frozen yogurt." This, of course, is up for debate, with The New York Times pointing to the founding of Red Mango in 2004, one year before the first Pinkberry appeared in West Hollywood. Regardless, their blue-and-green striped storefront is iconic. Pinkberry's simple philosophy is what makes them the Helen of Troy of the food world: "It tastes as good as it makes you feel." Available in tart, non-tart, Pinkbee's (Pinkberry-speak for "low-fat"), and dairy-free, the brand has flavors that include chocolate chip cookie, acai berry, and coconut. Add fresh fruit, nuts, candy, or sauce to make it your own. Multiple Locations, pinkberry.com

Yogurtland opened in 2006, hot on the heels of Pinkberry's success. In California, fro-yo was already a sensation, though few could imagine the cultural takeover that was to come. Yogurtland had a premonition and symbolized it in their logo: two green leaves attached to their looping cursive name. Those budding plant stems symbolize fecundity and nature. The business of frozen yogurt would prove to be fruitful, in large part due to its "natural" image. When it comes to food, the human mind is trained to instantly associate nature with health. In this way, Yogurtland's logo wordlessly triggers potential customers into understanding that this is the "health-conscious" choice. Phillip Chang's company showed foresight in another way, too, by outdoing Pinkberry with their self-serve style. Self-serve turned dessert into an activity where customers had complete control. Suddenly, the endless possibilities of flavors and toppings were at your fingertips. It took six years for Yogurtland to arrive in New Orleans, but when they did, we were ready for them. Long lines formed for a cotton candy, matcha green tea, or iced coffee yogurt-base sprinkled with freshly chopped fruit or dessert crumbles. Amid the COVID-19 pandemic, Yogurtland has switched to a partial-self-serve approach, as well as offering delivery options—two prudent moves for their Peaches of Immortality image. 4903 Prytania St., (504) 333-6809, yogurt-land.com

The fro-yo fad was rapidly gaining mass in the late aughts, with mega-hitter Tutti Frutti entering the scene in 2008. They also offer sugar-free flavors such as Granny Smith apple and strawberry, as well as experimental regular flavors such as tiger's blood and bubble gum, and Tutti Frutti's most popular toppings include healthy nuts, gummy bears, coconut flakes, and rainbow sprinkles. Multiple locations, tuttifruttirr.com

In 1992, Todd's Frozen Yogurt opened up in what was then the center of society—the mall. Todd's has since moved to a larger location and added onto its original menu concept, but they've stayed true to their local small-business roots. Their classic frozen yogurt flavors such as Swiss chocolate, cream cheese, and wedding cake glide out from machines decorated with a hot pink updated retro flare. Todd's has homemade waffle bowls and cones, caramel popcorn, and baked goods in cellophane wrap. This frozen yogurt list is mostly made up of large franchises, but Todd's is a brightly colored, one-of-a-kind place, from their star-studded pink cups to the streamered yellow wallpaper. 3200 Severn Ave. Suite 106, Metairie, (504) 324-7822, todds-frozen-yogurt.com

Tastin' Some Chalmation: Restaurants to Try in Chalmette

In some cities, heading to the suburbs in search of a good restaurant meal is simply a terrible idea. Not so in New Orleans. While there's obviously no shortage of good places to dine in Orleans Parish itself, many of the surrounding communities have their own unique and... 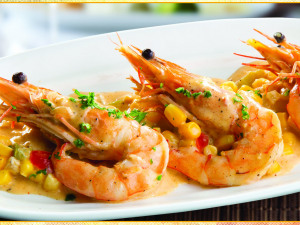 Many of the mainstays of Creole cuisine are based on our warm-weather crops: bell peppers, tomatoes, okra, and eggplant. Deep fried or panéed, roasted, stuffed, or sauteed—you can prepare them any number of ways. Feature any of these as side dishes (because they do deserve all that attention) or try them in various combinations. Together, they serve as a satisfying base for vegetarian entrees, and they also pair well with shrimp and... 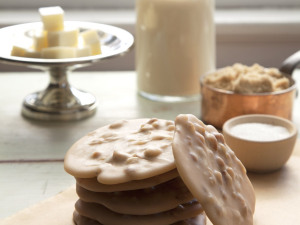 Pralines are one of the many unique foods that come with French cuisine in New Orleans. This delicious blend of nuts and sugar make for the perfect treat for anyone with a sweet tooth. National Pralines Day is approaching fast and is worth every bit of celebration here in New Orleans. Mark your calendars for June 24 and be sure to find some time on this National Pralines Day to try out one (or all) of these five spots. Image...