Curling up with a box of pizza on Valentines Day is so last year. This year, Samantha Hess, a professional cuddler, would say it’s the year to cuddle up to a complete stranger.

Hess believes 2015 is the year of the cuddles and hopes people will start to see the positives of platonic touch.

Watch the video to learn more about the convention!

As a result of the COVID-19 pandemic affecting much of what people have been able to do this past year, isolation has become a norm for many. Being in lockdown or quarantine has caused people to be inside their homes more than before, throwing life off balance. It... 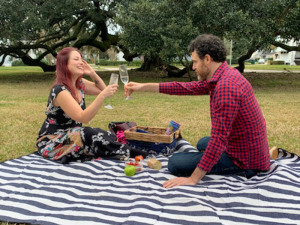 Valentine's Day isn't about chocolates and hearts and fluffy, huggable stuffed animals, though I very much enjoy those things—please bring them to me! Valentine's Day is about showing someone you love that you love them. It's about carving out a bit of time and doing something personal, something special. In my book, nothing says "I love you" more than a messy picnic and a batch of badly burnt cookies. I've decided to tackle an... 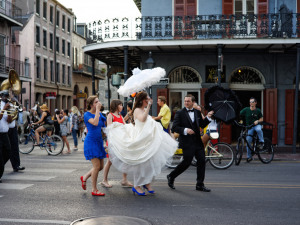 New Orleans is known the world over for incredible foods, fantastic drinks, and spectacular music. Your guests will expect these things to be present at your reception, and, truthfully, this is all you need for an outstanding event. However, if you want to add a little something extra, you can’t go wrong with some of these unique additions. 1)   A live event painter at your wedding reception is something that will not only...