Proper Pronouns, a documentary following four trans ministers working in the South, is showing this month at the New Orleans Film Festival.

Ministers Dawn Flynn, Mykal Shannon, Liam Hooper, and Debra Hopkins make magnetic subjects; each person's vitality comes through on-screen in a series of amusing, painful, and tender slice-of-life scenes. The film layers open and direct conversations over simple and intimate moments—going to the grocery store, getting gas, putting on makeup, cleaning the house—and addresses concerns about self-acceptance, acceptance within the community, religion, relationships, and safety.

Filmmaker Meg Daniels started following Hooper in 2017, who introduced her to the other ministers, whom he had met through advocacy work in the trans community. Daniels spent two and a half years with them, attending church events and activist meet-ups and lectures and just hanging out at home.

Co-producer and editor Manie Robinson described how, when they were starting out, Daniels took footage of everything, and then, over time, they narrowed their focus as they developed a clearer idea of the characters involved and the kind of story they wanted to tell.

"We establish what the objective is, and then everything in the piece has to work towards that objective. You have to make tough decisions about what to include, but what takes your film from 'good' to 'great' is that you leave a lot of 'good' on the cutting room floor. And as you spend so much time with the material, you have to make sure you understand that the people watching it don't know all the intimate details and think about how you can relay that without wasting a bunch of time and making a four-hour film," Robinson said.

During the filming process, Daniels would talk with the ministers about whatever came up naturally in conversation, then convene with Robinson to review the material together and decide which topics they should pursue further, or what details should be included for the editing process to make sense and for the audience to understand the context.

"The difficult part with a story like this is that there's not a lot of redos. You can't say, 'I'd like to get another shot of this moment.' One, because the subject matter can be sensitive, and also because it's an observational piece. So you have the puzzle pieces and you have to make the puzzle out of it," Robinson said.

Daniels and Robinson felt like they struck gold finding the subjects that they worked with. Because of their vocation, the four people involved in the film are good speakers and are comfortable being vulnerable and open with people—there was no learning curve to get comfortable in front of the camera. "And they're all so funny. I was in stitches so often while we were filming," Daniels said.

Daniels's views on religion shifted over the course of making the film. She was raised Catholic, but around the age of 10, she became disillusioned with her church, feeling that the messages she was hearing on Sundays didn't align with what her family had taught: "to love everyone for who they are."

"I realized that the interpretation of scripture that I grew up with doesn't make sense to me. But the ministers [in this film] quote scripture in a way that talks specifically about inclusion, rather than exclusion. I've become atheist in my adult years, but now I don't cringe when I go into a church because they taught me a new way to understand religion, and they were able to undo the teachings I learned as a child. Those concepts that they taught me, I can understand and respect, so now I have a new respect for scripture," Daniels said.

Flynn's, Shannon's, Hooper's and Hopkins's relationships with Christianity evolved alongside their relationships to their gender identities:"They were practicing Christians when they were younger, and they were all very dedicated to religion in terms of who they felt their God was, but that didn't align with the belief systems of the churches they grew up in. So, they each walked away from the church when they transitioned, but they came full circle," Daniels said. The four principal subjects were Christian ministers at the time of filming; Hooper is now practicing Judaism and a broader lay ministry

Robinson explained that the film isn't aiming to be any kind of full treatise on trans rights, but that in making it, they hoped to make an audience feel a connection with people they might have been unsympathetic to or unaware of, and to humanize a community that has been dehumanized in the US.

"This was my introduction—I didn't know the term cis-gender before we started working on this. I had never heard it. But think about how privileged I was to not even have to be aware of that term. I didn't understand everything about what it means to be transgender, and I still don't understand everything, but the thing about it is that you don't have to understand every aspect of it in order to acknowledge that they exist and deserve to be treated fairly," Robinson said.

In addition to their own separate work, Flynn, Shannon, Hooper, and Hopkins run a nonprofit called Ministries Beyond Welcome that focuses on trans activism and education.

The film Proper Pronouns will be available until November 22 through the New Orleans Film Festival. You can find it HERE. 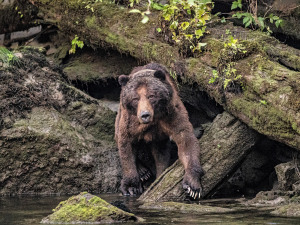