Now available on demand from several sources, the neo-noir The Quarry is never dull, but it never really grabs you, either.

Shot in Louisiana, the film tells the story of a drifter (Shea Whigam) who kills a preacher who is en route to his new job in a small town. The drifter assumes the preacher's identity, and he slowly begins to grow into his role as a spiritual guide for the town's poverty-stricken residents. Meanwhile, the local sheriff (Michael Shannon) is suspicious.

Whigham and Shannon do good work, but the script, co-written by director Scott Teems, doesn't give us enough of a glimpse into the drifter's mind to make us really feel his transformation. A person transitioning from pretending to be one thing to actually being that thing has been the basis for a number of excellent films (A History of Violence, Donnie Brasco), but The Quarry lacks the emotional punch to be on the same level as those films. The plotting is also almost too simple for its own good. It never takes even a slightly unexpected turn.

The Rental is a fairly tepid attempt at a horror movie. For most of its 90-minute running time, it's an excruciatingly dull soap opera; then, in its last 15 minutes or so, it becomes a generic slasher film. Two couples rent a beach house... 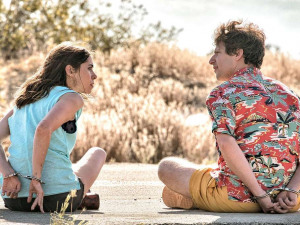 Hulu's new original film Palm Springs is reminiscent of the 1993 Bill Murray classic Groundhog Day, but it's at least a funny, well-executed variation of the earlier film. Andy Samberg and Cristin Milioti play Nyles and Sarah, wedding guests stuck in an endless time loop on the day of the wedding. Sarah's sister is getting married, and Nyles is the cuckolded boyfriend of one of the... 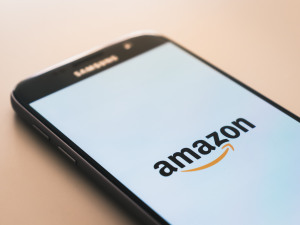 All this stay-at-home time has allowed for many additional hours in front of the TV—so many, in fact, that your homebound loved ones that have been streaming in your household may have run out of movies and shows to watch. Luckily, it's August now, and Amazon Prime has a whole new crop of watchable programs for you to bring into your living room. Here are a few of the highlights. Saw...