Film Review: Jumanji: The Next Level

2017's Jumanji: Welcome to the Jungle was a mildly pleasant surprise with likable characters and fun interplay between its four leads. Jumanji: The Next Level isn't bad, but it suffers from the same "been there, done that" problem lots of sequels have.

This time, instead of the four kids inhabiting the video game characters from the first film, two of the kids (Ser'Darius Blain, Morgan Turner) end up in the game with one of their friends' grandpa (Danny DeVito, who turns into The Rock in the game) and his old business partner (Danny Glover, who turns in to Kevin Hart in the game). It makes more sense on screen than in print.

Once again, the characters are basically likable. DeVito has some funny scenes and the Rock's clearly having fun doing a DeVito impersonation. There's a neat set piece involving some floating bridges and an army of angry mandrills. Kids who enjoyed the first one will probably enjoy this one, too. However, at 123 minutes it's probably 15-20 minutes longer than it needs to be, and it feels repetitive at times.

The filmmakers (led by director Jake Kasdan) should probably call it a day after this one, as it's unlikely there are any new ways to go back into the game and still be interesting. 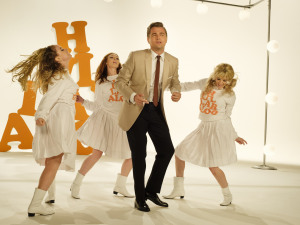 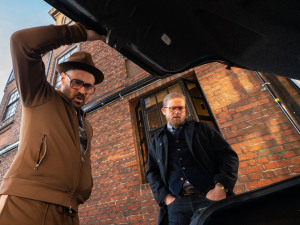