The independent animated feature Cryptozoo is clearly a passion project for writer and director Dash Shaw. I just wished I liked it more than I did. For me, it come across like a humorless Adult Swim cartoon.

In the world of Cryptozoo, creatures of myth actually exist and a zookeeper (voiced by Lake Bell) is on a race against time to keep them safe. Her plan is to capture these animals and bring them to her sanctuary zoo. Standing in her way is a murderous cryptid poacher (Thomas Jay Ryan) who is ex-military.

Cryptozoo seems to have been inspired in both animation style and its socially conscious story by René Laloux's 1973 experimental adult animated film Fantastic Planet. The main theme in Cryptozoo is xenophobia and prejudices against anyone who is different and it tries to encapsulate this in an action movie narrative. Because of the film's low energy level, it plays like Avatar as directed by Wes Anderson, except without that director's sense of whimsy.

The animation in Cryptozoo is hand drawn and some of which is absolutely stunning, making good use of colors. However, when I saw an animated elderly woman making love to a man-beast-reptile, I laughed. I also laughed every time the villain used profanity. Why did I laugh at these things? It's because the movie is pretentious and takes itself far too seriously. Just a little humor would have helped.

Cryptozoo opens at the Zeitgeist Theater in Arabi on Friday, August 20th, and will also be available on various VOD and digital platforms on that same date.

The latest horror film from director James Wan (Aquaman, Insidious, Saw), Malignant, reminded me of early '80s gutter trash, specifically the entertaining Basket Case and The Beast Within (both released in 1982). Malignant is also accompanied by a synth rock score (Joseph... 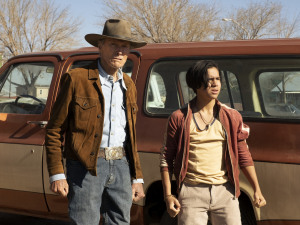 Cry Macho is legendary Clint Eastwood's 39th directorial effort (he also did directorial work on the strong 1984 New Orleans-set thriller Tightrope but was uncredited). When you're as prolific an artist as Eastwood is, the quality will range all over the place (see also the novels of Stephen King or the films of Woody Allen). With the exception of 2018's clunky The 15:17 to Paris, he has been on a good run lately with the excellent...

New Orleans has been the birthplace of many legends in the music industry, and Irma Thomas is no exception. On October 4, 2021 at 8 p.m., WYES-TV, New Orleans's PBS station, will be premiering and streaming a new documentary about Thomas's life and career. "Irma Thomas," Image by Rick Olivier The 90-minute-long documentary, titled Irma: My Life in Music, is written and directed by Cilista Eberle and Michael Murphy, as...