"Ferry." What a loaded word with many meanings—some positive and some negative. Who cannot remember as a kid putting lost teeth under pillows in the hopes of getting a treat from the tooth fairy? Who may also recall having been called such in an unkind manner? I can relate to both of the above, but this column will focus on other aspects related to the word.

Back in the early 1990s when we lived in New Orleans, I used to love to take our children downtown on weekends and park at those free meter spots near to where the World's Fair was held in 1984. I would take them in a wagon to the Riverwalk to see the neat stores there, especially the toy store with the train track that circled the perimeter about 10 feet up high.

Next, we would go to the Audubon Aquarium of the Americas and end the day with a free ferry ride nearby by going across and back over the Mississippi River in the pedestrian section. What a thrill we would have feeling the wind briskly blowing over us as we saw all sorts of ships pass by.

Another ferry memory was initially okay but then not so fond. Back in our high school years, I had been asked by Scott, my best friend, to help him get his service hours in per a Boy Scout Jamboree that was being held then in Luling—on the Westbank of New Orleans area around Destrehan. So we went and had a good time supervising some of the younger Cub Scout Webelos who were going through their various achievement level requirements.

It was a great time to camp out, fish and do all kind of outdoor activities, since it was a cool fall weekend in October. The nights around the campfires that weekend were neat with roasting marshmallows and the fun songs and the stories that we all made up to scare the younger folks.

Overall, that weekend was wonderful. We had arrived at Luling for the event per the usual Greater New Orleans Bridge route from the Eastbank. On our way back home from the Jamboree, we decided to have a little fun and take the Luling Ferry—it was nice and breezy on the open waters!

On the following Wednesday, October 20, 1976, Scott and I heard some astounding news: 77 people died who had been on that same ferry per a crash that it had with a 665-foot-long Norwegian tanker, the "Frosta." It is still known as the worst ferry disaster in U. S. history. Scott and I were dumbfounded and simply numb about what had happened. What a tragedy and how close we felt associated to the situation!

Later, while I was in college at Loyola, I met Anne, who was from the Luling area. She recounted to me once how on the terrible night of the ferry accident, she had been very upset about being late for an important meeting. It happened that she was driving the second car that was attempting to board that ferry but missed it. She noted how quickly her anger turned to sorrow when she witnessed the accident.

As I reflect upon these incidents, I can't help but ponder the Byrds song, "Turn, Turn Turn," based upon Ecclesiastes 3: "To every thing there is a season, and a time to every purpose under the heaven." 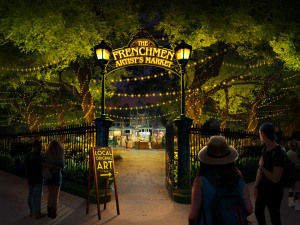