The 2021 U.S. Open Beer Championship awarded Faubourg Brewing Co. a gold medal for their exceptional craft beer. On September 6, gold, silver, and bronze medals were awarded at the U.S. Open Event Center in Oxford, Ohio. Hundreds of breweries nationwide brought their 'A' game for a panel of judges as more than 8,000 beers were blind taste-tested.

Faubourg was the only New Orleans-based brewery to win a gold medal in the competition.

In the competitive Belgian/Witbier category, Faubourg Brewing Co.'s Golden Cypress Wheat Ale was awarded the top prize of Gold Medal. According to Faubourg's website, "Golden Cypress is a crisp, refreshing Belgian-style wheat ale named for its beautiful golden color. Crafted from lightly kilned pilsner malt combined with soft white wheat and a touch of malted oats, it's a smooth and incredibly balanced brew that shows zesty, sweet aromas, and hints of spicy coriander. Enjoy it anytime—especially at the golden hour of sunset."

"We're incredibly proud to bring home the gold for exceptional craft brewing to New Orleans," Jason Daniel, vice president of marketing at Faubourg Brewing Co., said. "The re-branding of our historic brewery to Faubourg backed by a state-of-the-art new brewery in New Orleans East and truly talented brewing teams have set the foundations for Faubourg to be able to create top quality, award-winning brews for craft lovers to enjoy across New Orleans and the region."

You should see all of the categories in the competition! Take a look here.

You can experience more of what Faubourg is brewing by visiting their brewery at 3501 Jourdan Rd.

The largest gaming and entertainment company in the country, Caesars Entertainment, has bagged a massive deal with Spiegelworld, a leading entertainment production company based in Las Vegas. Both entertainment heavyweights are investing almost $75 million to create three new... 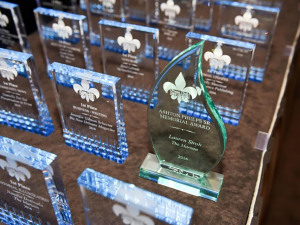 Where Y'at Magazine, as well as many other news organizations in New Orleans and Louisiana, was given multiple awards during the Press Club of New Orleans' 63rd Annual Excellence in Journalism Gala on October 14, 2021 which was had virtually this year due to COVID-19 and Hurricane Ida. The awards were divided up into seven main categories: Public Relations, Radio, Still Photography, TV Videography, Print/Writing, Digital, and... 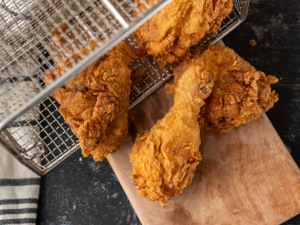 Organizers of the National Fried Chicken Festival have announced the premier of National Fried Chicken Festival Week, which will take place from October 18 to 24. The decision to reimagine the original festival into a week-long event was done to support businesses that have been negatively impacted due to the pandemic and Hurricane Ida. This marks the third time the festival or its date was recently changed, first scheduling to...