Dr. Fauci: Everyone Should Be Eligible for Vaccinations by April

On February 11, 2021, Dr. Anthony Fauci appeared on The Today Show to share an encouraging prediction on when the COVID-19 vaccine should be available to the general public. The best part? It's only two months away.

"By the time we get to April, that will be what I would call, for better wording, 'open season,'" Dr. Fauci, who's officially the director of the National Institute of Allergy and Infectious Diseases, said. "Virtually everybody and anybody in any category could start to get vaccinated."

While "open season" is hardly the best metaphor of Fauci's career ("open season" is a phrase that "describes a period of time in which no holds are barred, when someone or something is open to all types of criticism and attack," Grammarist explains), but despite erroneously using an idiom with hunting connotations, we get that he was referring to what NOLA Ready calls the "General Public" Phase in vaccine rollout. In other words, the time when the vaccine will have "widespread availability to the general public, including children and healthy adults."

Louisiana is currently in Phase 1B, Tier 1 of the COVID-19 vaccine distribution. In this group, the Louisiana Department of Health states that "limited amounts of COVID vaccines are available at select locations" for individuals who fall within a handful of narrow categories, including those 65 and older, dialysis providers and patients, and health-related support personnel. Despite the small portion of the population included in Phase 1B, Tier 1, so far, 699,334 vaccine doses have been administered. Of that number, a total of 217,324 Louisianians have completed both doses.

The next phase, according to NOLA Ready's estimated timeline, will be Phase 1C. In this third phase, vaccine distribution will be available for "essential workers and people with existing medical conditions."

Following Phase 1C is the General Public Phase. Even if this phase does begin in April, Dr. Fauci explained that "from then on, it would likely take several more months, just logistically to get the vaccine into people's arms."

Part of what could speed up the logistics of the vaccinating process are designated places for mass vaccination. Disneyland is one. The Hill reported that over 100,000 COVID-19 vaccine doses have already been given out in the theme park. NFL stadiums are another. In a letter to the Biden administration, NFL Commissioner Roger Goodell wrote that "each NFL team will make its stadium available for mass vaccinations of the general public."

In New Orleans, a unique set of complications has arisen. Superdome Spokesman Mike Hoss, according to wwltv.com explained that the home of the Saints won't be participating. "The Mercedes-Benz Superdome is currently not a viable site because of the renovation taking place," Hoss, who's also communications coordinator for ASM Global/LSED, said. "And the Smoothie King Center is being used three to four nights a week when the Pelicans are home."

With those arenas out of the picture, NOLA.com reported that both teams and their officials are working to come up with possible solutions. Ben Hales, senior vice president and chief operating officer for the Pelicans and the Saints, suggested Champions Square, an "outdoor event space next to the Superdome." Club XLIV and Gayle Benson's brewery, Faubourg Brewing, were also suggested as potential locations.

Ideally, this New Orleans obstacle will be sorted out by April. But even if the General Public Phase of vaccinations begins in April, when can we expect a vaccinated herd immunity? "Hopefully, as we get into the middle and end of the summer, we could have accomplished the goal of what we're talking about, namely the overwhelming majority of people in this country having gotten vaccinated," Dr. Fauci said.

Until we do reach that overwhelming majority, Dr. Fauci offered a mask-wearing tip: if you want a better fit, double mask. To demonstrate, Dr. Fauci layered a cloth mask over a surgical mask. He then pointed to the area below the chin, upper cheeks, and sides of the mask—all places where the fit of the mask might leave gaps. If you've noticed your mask doesn't feel sealed around the contours of your face, layering masks could help secure these spots where you might have "leakage." Double masking is "much better contained," Dr. Fauci said.

NOLA Ranks as One of the Least Hard-Working Cities in the U.S.

When it comes to work ethic, many Americans strive to achieve the American Dream by their own standards. However, some Americans are still on the path of discovering the wealth and riches that America has to offer. According to Wallethub, Americans put in more hours than... 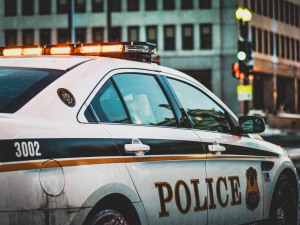 Whether you reside near the mountains of Colorado or the swampy bayous of Louisiana, every state has its high and low points. The cost of some of these low points can have an unfortunate impact on not only the state, but the nation as a whole. According to Wallethub, gambling costs the U.S. about $5 billion per year. We also lose approximately $300 million a year to nicotine dependency. Damaging behaviors from individuals also can... 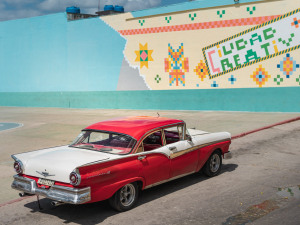 Unless the topic is Taylor Swift insuring her legs for $40 million, you won't catch people talking about insurance for fun. Complaining for fun is a whole other thing, and Louisiana residents have a renewed license to complain about the cost of car insurance here. According to WalletHub's "Cheap Car Insurance in 2021" survey, the Bayou State has the fourth-highest average yearly premium price in the country. At $1,263 a month, only...