February in New Orleans is a time for celebration and community. For many Mardi Gras parade-goers, gazing up at the masked float-riders can be an experience both awe-worthy and full of envy. How much fun they must be having, throwing beads, trinkets, and toys to massive crowds vying for their attention. Author Gary Sernovitz, writing in the Wall St. Journal, said of float-riding, "For the first time in my life, I was Santa Claus every five seconds."

While for many, the highlight of joining a Mardi Gras krewe for many is riding in the parades, people join for a host of reasons, including being part of an organization that values giving more than just beads away. For instance, in October of last year, krewes Zulu and Rex came together to donate $10,000 to two New Orleans charter schools. Every year, the Krewe of Muses throws its signature shoes, some of which are then auctioned off by charities like the St. Bernard Project, which helps build houses for low-
income families.

Being part of a krewe is a year-long experience of meetings, events, and parade preparation-all building up to that magical float-ride through the city st.s. Two float-riders, Michele Burden and Andre Banks from Nyx, gave their perspectives on their first-year experiences.

Michele Burden's first time riding was in February 2019. "I joined a krewe because I'm born and raised in New Orleans, and it's a fun thing to be a part of," said Murden. "It's a plus because you get to make new friends, and I can give back to my community as well. Also, it is exciting that Nyx is the largest all-female
night parade."

When asked about the preparation leading up to the parade, Burden said, "It starts months in advance with decorating purses, buying throws, attending various krewe events, and finding costumes, to loading the float the day before. The day of the parade begins mid-morning and lasts until around midnight, so you have to get plenty of rest the night before if you are able to. Riding also requires a lot of standing and bending to sort
your throws."

Burden said that what surprised her the most about riding in a parade is the things people do and say in the crowd to get a purse or beads. Most people from New Orleans know Mardi Gras is all fun and games until the competitive nature to catch prized items breaks loose. One can only imagine the type of things a rider sees and hears along the route.

When asked about one thing she wishes she would have known before riding, Burden stated, "Don't procrastinate. Don't wait until the last minute because it's a lot to do. Take your time and start preparing early so you can relax and enjoy the days leading up to the parade. Also, have a ready-made bag with special throws for friends or family you see along the parade route."

For many first-timers, float-riding has been something they've wanted to do for years. That was 20 years or so for newbie Banks. Once accepted into an organization, some first-timers may feel riding in a big krewe can be rather intimidating. In just eight short years, the all-female krewe of Nyx has grown from new to superkrewe status with about 3,400 riders in 2019. But the numbers aren't what's intimidating to Banks; it's making sure each sequin is laid out properly on her hand-decorated purses-the signature throw of Nyx-as well as ensuring that she has enough throws
and enough stamina to last the entire parade route.

Banks added that the weeks leading up to the parade are very surprising and were something that she wasn't quite prepared for. "What surprised me the most is the many social gatherings and the stress of getting ready for the big ball," she confessed. "Luckily, my Nyx sisters and my float lieutenant are very willing to help newbies navigate everything." Float lieutenants are like sous-chefs-overseeing and organizing things to flow smoothly.

Riding in a Mardi Gras parade is a check on the bucket list for some. For others, it's a yearly tradition that has become a part of life. Nevertheless, riders take pride in being part of something where new bonds are established, memories made, and connections are forged with crowds of strangers trying to catch their throws. That experience is what riders pay for.

All That Glitters is Not Gold

If you go to a parade in New Orleans, there's a good chance you'll be wearing glitter, whether you intend to or not. The sparkly substance is everywhere during most every festival, holiday, and costume party-as much a part of the festivities as beads and booze-yet its modern form... 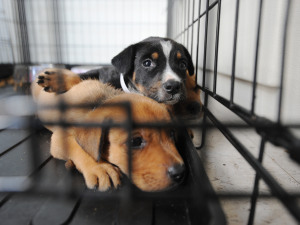 Corana-loneliness and cabin fever are the other epidemics we're all being subjected to. But when everyone is holed up at home, feeling lonely and bored, there's one thing we can count on for both companionship and entertainment: our pets. Certain cats might try a little social distancing of their own--quite possibly because they're simply not used to their humans being in "their" space so often--but... 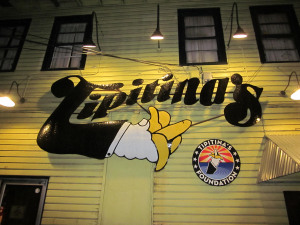 Buy a Drink for the House and Support Tipitina's Staff

The hardworking staff of Tipitina's has been hit hard as a result of the Covid-19 outbreak and the subsequent measures put in place to stop its spread. Bartenders, security, door, and production staff - all of whom now have no income - work effortlessly year-round in order to provide guests with an extraordinary experience at Tipitina's. In order to help their beloved staff, Tipitina's is offering customers an "advance drink purchase." All...