Unless your existence has been limited to the underside of a rock for the past several decades, it's likely you're familiar with Emeril Lagasse. In fact, like other single-named superstars such as Beyonce or Sting, all one needs is to utter his first name and instantly you know who we're talking about. Even if you set aside dozens of television shows, including the eponymous and well-known Emeril and Emeril Live, he is a man of many accomplishments.

Born in Fall River, Massachusetts, Emeril derived his passion for food from his mother, Hilda, and was so enamored of cooking, he passed up a full ride to the New England Conservatory of Music to pursue his dream. After earning his culinary degree from Johnson and Wales University, he traveled to Paris and Lyon, France to learn the classic techniques of French cuisine, and then returned to the states to hone his culinary skills at fine dining restaurants in cities such as New York and Boston.

When he was still in his early 20s, Emeril was offered a job at the iconic Commander's Palace Restaurant in New Orleans where he succeeded beloved local chef Paul Prudhomme and reigned supreme for almost eight years before opening his flagship eatery Emeril's in the Warehouse District. Over the past 30 years, Emeril has opened 16 different restaurants across the country, published well over a dozen best-selling cookbooks, and has received numerous prestigious awards, including Best Southeast Regional Chef in 1991 and Humanitarian of the Year in 2013 from the James Beard Foundation. Emeril has even had a cameo appearance in the HBO drama Treme and also performed the voice of a minor villain, Marlon the Gator, in Disney's Princess and the Frog.

In 2002, Emeril established the Emeril Lagasse Foundation, a non-profit organization devoted to supporting children's culinary-based educational programs, which has donated over $15 million since it was launched. Under the foundation's umbrella, Emeril has also been involved in award-winning, charity-based festivals and events like Carnivale du Vin, which was ranked among Wine Spectator magazine's top ten charity wine auctions in the country. He also launched the immensely popular food and music festival Bourbon, Boudin & Beer, and though the November event was canceled last year, there are talks that a smaller, more truncated version may be in the works for 2021.

Like so many other entrepreneurs in the hospitality industry, Emeril was forced to shut down his restaurants last year due to the pandemic. In the past few months, with easing restrictions and widespread vaccinations, the famed chef has been working gradually to reopen his establishments one by one and is slowly building momentum. In mid-July last year, his popular, new concept Meril reopened in the Warehouse District for limited dine-in and takeout. In the meantime, he also reopened Emeril's Coastal Italian in Destin, Florida, as well as his two restaurants—New Orleans Fish House and Delmonico's Steakhouse—in Las Vegas.

Emeril's next goal is to finally reopen his flagship restaurant on Tchoupitoulas Street, but like many other restaurateurs in the industry, the chef's biggest obstacle is staffing. "Staffing is an issue, a major issue," Emeril said. "I just read an article this morning about how America is struggling in the restaurant industry and hospitality industry, trying to get staffed, and I think some of it has to do with the stimulus money." The chef has former employees confessing a reluctance to return to the workplace when they're essentially getting paid to stay home.

Another possible reason for staffing shortages might also be fear, fear of returning to work only to catch COVID-19 and face missed work (and subsequent pay), hospitalization, or worse. "I think there's a little bit of uncertainty about the virus," Emeril admitted. "Although our organization has a [safety] manual about COVID, we're still social distancing. We're still wearing masks. Even in the state of Florida where we don't have to, we're still practicing all of those safety precautions for the pandemic."

Though the hiring process for all of his restaurants has been an uphill struggle, Emeril remains upbeat about future openings. He's begun interviewing key staff positions for Emeril's, his flagship, and looks forward to bringing back employees who have stuck by him for decades. "I feel optimistic that when we do it, we're going to do it right, but it's a matter of timing," Emeril said. Considering the response when Meril reopened, the chef is hopeful that with the return of travel and support from the local community, things will once again return to a new normal.

When reflecting on the struggles of the past year, the famed chef admits there's a silver lining to it all. He was able to reunite with his family and do more things as a family, especially at the table. "Besides family, what comes to mind really is who your friends are," Emeril said. "Who's real and who's not." Professionally, he's tightened up operations, remastered recipes, and greatly improved relationships with his suppliers, local farmers, and fisherman upon whom his restaurants have always relied. "We're getting better products and our food is better than ever," Emeril boasted. "I really don't even hesitate saying that. I truly believe that our food is better than ever, and I'm really proud of what we're doing right now." For longtime fans of Emeril's restaurants, it's a little hard to believe that it could get any better...but we sure can't wait to taste it.

The COVID-19 Pandemic, which has locked down the country since March 2020, has created an interesting situation where more and more animals are actually getting adopted. Since people have been stuck in their homes for an entire year, they are more willing to adopt or foster...

Unless your existence has been limited to the underside of a rock for the past several decades, it's likely you're familiar with Emeril Lagasse. In fact, like other single-named superstars such as Beyonce or Sting, all one needs is to utter his first name and instantly you know who we're talking about. Even if you set aside dozens of television shows, including the eponymous and well-known Emeril and Emeril Live, he is a man of many... 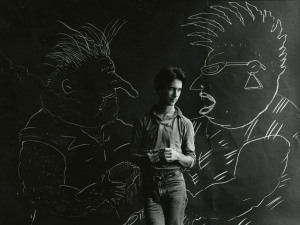 If you've lived in New Orleans long enough, chances are you've encountered something created by Will Bunn "Bunny" Matthews, III. This legendary New Orleans cartoonist died on Tuesday, June 1 at the age of 70 due to complications from cancer, according to nola.com, leaving behind him a legacy of artwork that spoke to the unique and sometimes brash culture of New Orleans. Most well-known for his characters Vic and Nat'ly Broussard,...