Ian Neville grew up in a family of musicians who really lived in the Big Easy. Ian is the cousin of Ivan Neville and the son of Art. New Orleans-born and -raised, Neville grew up surrounded by music of all kinds. His first inclination toward music happened during visits to hangouts such as Tipitina's, introducing him to different kinds of music and providing him a place to spend his evenings. This sparked an interest in music that would come to shape the rest of his life.

Since the Neville family has deep roots both in New Orleans and the music business, the city and its musical lifestyle is even more important to Ian. As a child, Neville picked up instruments such as the drums and a few others, but gravitated strongly towards guitar and bass, which would come to be his main instruments.

As a New Orleans musician, Neville commented on the need for new kinds of thinking in order to sustain oneself in the business. Neville is currently working on Dumpstaphunk, his latest album, and feels strongly about his ties to New Orleans.

"I come from a city whose culture is wrapped up in music," said Neville, "and we get to represent that culture."

Whether you hail from New Orleans or are a transplant, like many, the city has music in its bones. As Neville said, "Getting to represent [the city] is a privilege, goal, and challenge."

The city is uniquely placed to serve as a bastion of music culture, but the future of that culture is now up in the air. The best we can hope for, for now, is to do what musicians like Neville are doing, which is to take advantage of the time alone we are being given to get to work in other ways. Neville said that he is spending this downtime working on his album, because he now has more time, since he is not touring. Dumpstaphunk is hopefully going to be finished soon.

Perhaps more artists can spend the time doing the same, but the future is unclear. However, there is hope in artists continuing to work in new ways on their own, like Neville. 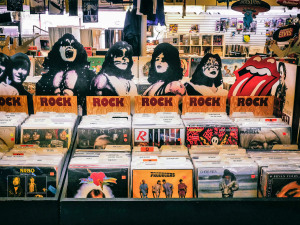