Don’t Stop the Music: How Big Sam and His Funky Nation Are Handling the Coronavirus

Local legend Big Sam is just like the rest of us, so he's been cooped up in his home trying to avoid the virus. But he's also a musician, so he's seen a pretty big change in his lifestyle—everything from how he makes money to how often he sees his family has changed. We had the privilege to sit down and chat with him (virtually, of course) about the coronavirus, his new hit "No More Shakes," and what it means to be a musician in a moment like this one.

Since March 26, Big Sam (whose legal name is Sammie Williams) has been offering Sunday livestreams. It started when he looked at the schedule and began to worry: "Everything is getting cancelled. How am I gonna make a living?" He and his band were having trouble covering essential expenses like groceries, and, back then, unemployment wasn't set up for gig workers. The livestreams, which will be continuing for the foreseeable future, are a good, safe way to make money and share music. The latter part—sharing music—is no joke to Big Sam, who notes that the role of music is "the same as it's always been: to heal everybody and make everyone forget about the troubles and worries that they have right now."

Big Sam's music definitely brings people together; it always has, and this power extends even through the computer screen. Still, he can't wait until things do go back to how they were: "I think the festivals will be absolutely insane," he says. "People are going to be so eager to get back to music." He foresees festivals selling out in minutes, as people hope for a communal experience. For him, performing is therapy, and he knows that listening to live music is therapeutic for people across the world.

Of course, he misses the live audience, and he says performing for the camera took some getting used to. Generally, his shows are very interactive, and he misses feeding on that "constant energy exchange." He gets just a taste of that performer's high now, when he travels out to sing "Happy Birthday" to a fan from a distance, or even when the neighbors come out to sit on their porches for his show. But Big Sam plays facing his home, not the street—he doesn't want to be the cause of a large gathering that could spread COVID-19.

As far as the virus goes, the trombonist doesn't think that we'll be back to normal for quite some time, betting that we won't have any live performances until at least February. But he does think we have a part to play in slowing the spread, and, yes, Big Sam wears a mask. He knows that we're "not gonna see any better results till everybody is responsible," so, even though wearing the mask is a bit of a hassle, he "[puts] that sucker on."

But masking up is far from the biggest change he's seen during the pandemic. Because he's not touring anymore, Big Sam has been writing new pieces and recording his own music from home. He's hoping to release his new album, Songs in the Key of Funk, Vol. II, by the end of the year, and he's already released "No More Shakes," a song written about some of the changes we've seen in the coronavirus's wake.

Working from home, Big Sam has also been able to see his twin boys a lot. They're three years old, and he says he loves it (even though, sometimes, two toddlers can be a lot to handle, he admits). "I appreciate being able to spend all this time with my family," he says. "My boys love it, too." And because the shows are right in the driveway, the kids are able to see everything up close.

The musician has a few tips and tricks on how to best support the local musical community. "If you have a particular band or venue, reach out directly and make a donation to them," he suggests. "Every dollar counts; every penny counts. We're super grateful." He warns against sending Facebook stars, as Facebook takes a cut of the money, so your best bet is donating directly. Right now, financial contributions are tough for a lot of people, so if you can't donate, he recommends you share. "You never know who else is gonna see that."

Big Sam is a staple of the local musician community, and if you want to further support his work, tune into his Sunday shows on the Big Sam's Funky Nation Facebook page at 12:00 p.m. Central time. It will be worth your while. If you're looking to support Big Sam and his band directly, donations can be sent through Venmo (@FunkyBigSam), Cashapp ($FunkyBigSam), or PayPal (Noladelic@gmail.com). And if you're just hoping for a little bit more information, head over to bigsamsfunkynation.com.

As COVID-19 cases continue to increase globally, social-distancing measures and hygiene regulations have changed life as we know it. The uncertainty that the pandemic has brought about has made it very difficult to determine when we will be... 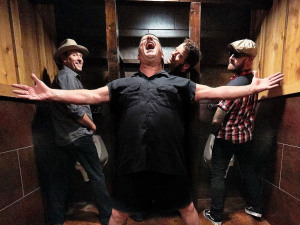 Don’t Stop the Music: Cowboy Mouth is Staying in Touch With “The Groove of Life”

COVID-19 has crippled no other industry more than the one that depends on sweating masses of people gyrating together in close quarters: the live entertainment business. Of the concert trough's erstwhile dependents, musicians can lay strong claim to the superlative of "hurting the most" right now. To help take stock of the crisis, Where Y'at sat down with Fred LeBlanc, New Orleans native... 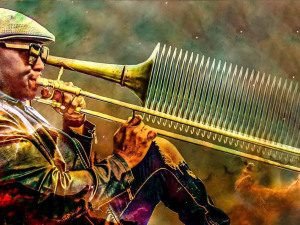 Don’t Stop the Music: How Big Sam and His Funky Nation Are Handling the Coronavirus

Local legend Big Sam is just like the rest of us, so he's been cooped up in his home trying to avoid the virus. But he's also a musician, so he's seen a pretty big change in his lifestyle—everything from how he makes money to how often he sees his family has changed. We had the privilege to sit down and chat with him (virtually, of course) about the coronavirus, his new hit "No More Shakes," and...