While stereotyped as a party city, New Orleans has experienced more tragedy than most people realize. With more than 300 years of experiencing death, destruction, and epidemics, the city has figured out interesting ways of dealing with and even embracing all of the moroseness it has faced.

Most recently, New Orleans (as well as the rest of the world) has been dealing with the COVID-19 pandemic. While this virus is certainly painful for everyone currently dealing with its effects, this is not the first time that the city has been through a major epidemic. During the 18th and 19th centuries, New Orleans was continually ravaged by diseases such as malaria, dengue, cholera, smallpox, and yellow fever.

Yellow fever, in particular, was quite devastating to the city, killing around 41,000 between 1817 and 1905 (approximately 7,849 people died in 1853 alone). New Orleans was a hot bed of disease because of its status as a prosperous port city. The city saw ships and cargo from all over the world that usually brought in mosquitos carrying different diseases from West Africa and the Caribbean. Considering that almost everyone had water cisterns (thus giving the mosquitos places to breed), sanitation all over the city was awful, medical knowledge of diseases back then was subpar, and the climate was humid, it's not too much of a shock that a new plague would regularly arrive in New Orleans.

While being beset with so much pestilence, the city was also getting hit just as hard by many natural disasters. During Spain's rule over the city, New Orleans experienced two great fires, one in 1788 and the other in 1794. The first started at 619 Chartres St. and, in five hours, engulfed nearly the entire city, with 856 of 1,100 buildings being destroyed. The colonial governor of Louisiana, Esteban Rodríguez Miró, reported at the time, "The tears, the heartbreaking sobs, and the pallid faces of the wretched people mirrored the dire fatality that had overcome a city, now in ruins, transformed within the space of five hours into an arid and fearful desert." While devastating, these fires actually helped shape, architecturally, what New Orleans looks like today because the French-styled buildings were replaced with Spanish ones.

The most consistent natural disaster the city has had to face over the years is the hurricane. New Orleans, as well as most of Southeast Louisiana, is like a magnet for this kind of storm, due to its proximity to the Gulf of Mexico. Hurricanes have been hitting the city since its inception. Two of the most devastating, Hurricane Betsy in 1965 and Hurricane Katrina in 2005, played out similarly to each other, with the failure of the levees causing most of the city to flood. Katrina, in particular, flooded about 80 percent of the city and killed somewhere between 1,200 and 1,800 people.

New Orleanians love life, and, when their time comes, they welcome death with a little bit of jazz.

So, New Orleans is no stranger to death. But with all of these casualties throughout the years, how does this affect New Orleanians whenever they're faced with loss? Well, as the common stereotype might suggest, a good number throw a party. More specifically, a jazz funeral. A tradition that's unique to New Orleans since the 20th century, jazz funerals blend the stylings of European military brass bands with West African spiritualism. Typically, these funerals (usually for a local African American musician) begin with the family and friends of the deceased marching to where the funeral ceremony is taking place, while a brass band plays mournful music. After the body is entombed and loved ones get to say their goodbyes, the band starts playing more upbeat music as a way to celebrate the deceased's time on Earth. Typically, random strangers join in the festivity and form a "second line." These jazz funerals show that while death is still a sad occasion, it can also be a celebration of the deceased's life and the memories they shared with their loved ones.

One aspect of death in New Orleans that is more recognizable than most is the numerous cemeteries found around the Greater New Orleans area. Often called "Cities of the Dead," New Orleans's cemeteries are unique when compared to other American graveyards because of the many above-ground tombs that are used. After early settlers had numerous problems with coffins getting flooded and washing right out of the ground, the dead were eventually placed in Spanish-style tombs to account for being below sea level (it also saved space and money because multiple remains could be placed in one tomb). These tombs not only provide a unique visual reminder of loved ones' past, but they also show the level of respect that New Orleanians have for their dead. They build "cities" where the dead can enjoy their new afterlife.

Another way death is reflected in New Orleans culture is through the many different ghost stories and folklore that people tell. Whether because of the city's spiritual connection to Catholicism and Voodoo or because the city's European look is an interesting setting for these stories, New Orleans has so many macabre tales associated with it that locals just love retelling. From the curse of the Delphine LaLaurie mansion to the tale of the Sultan's palace massacre, these stories of death and murder (and the enthusiastic locals who give tours of the city while telling these stories) help further cement New Orleans's fascination with death.

In 1936, the New Orleans City Guide referred to New Orleans as "The City That Care Forgot." In one way, it could mean that the city is largely neglected, but it could also mean that the people are carefree. New Orleanians, no matter what generation they belong to, have experienced some form of hardship or loss. Regardless of what happens, though, they always pick themselves up and continue living. They love life, and, when their time comes, New Orleanians welcome death with a little bit of jazz.

New Orleans has always had a unique mix of cultural and ethnic backgrounds that have helped shape the city's present identity. However, there might not have been a New Orleans—or even a Louisiana, for that matter—if it weren't for France in 1718. Although the Big Easy... 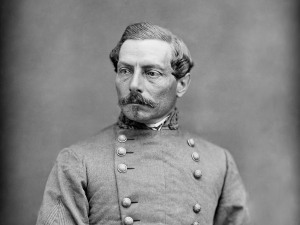 As tributes to those who fought to maintain the institution of slavery, white supremacy, and oppression are rightfully pulled down across the nation, the controversy over names of U.S. Army installations that glorify those who fought for the Confederacy has resurfaced. According to a report by The New York Times, among them is Camp Beauregard, located in Pineville, Louisiana. This camp acts...