Food is often seen as more than just something to eat. It's also a way to connect families and communities. Festival foods excel at this because of the celebratory atmosphere that surrounds the festivals themselves. From the Mac and Cheese Festival to Fried Chicken Fest, there have been festivals to celebrate just about everything here in New Orleans. A local campaign started by Creole Cuisine Restaurant Concepts plans to bring an added level of safety to the New Orleans festival scene, as well as supporting musicians from the city. In addition to the campaign, Creole Cuisine is pairing with United Way on the Hospitality Cares Pandemic Relief Fund to create a feeding program for individuals with critical food needs in a seven-parish area.

Over the past six months, Louisiana's artistic communities have been severely impacted by the limitations put in place to help combat the COVID-19 pandemic. With bars closed and many music venues on the downward spiral, the musicians who populate New Orleans are left with nowhere to perform and little access to money. Therefore, Creole Cuisine decided to continue their efforts to help the community, following their Build a Poor Boy + Feed A Community campaign that went through June 30. The company donated a dollar to the Second Harvest Food Bank for every po-boy sold. This time around, Broussard's Restaurant and Courtyard, Tommy's Cuisine, and several other Creole Cuisine restaurants will be serving festival-inspired dishes and donating a portion of those proceeds to the New Orleans Jazz & Heritage Foundation's Music Relief Fund. Each restaurant participating will be serving different festival dishes, such as Gulf fish beignets, burnt ends-pork mac and cheese, and chicken parm bites. The campaign will be active during all of September for the community to enjoy.

Creole Cuisine will also be hosting a social media giveaway that coincides with the campaign, to give participants a chance to win prizes from different festivals.

In addition, Creole Cuisine is also helping out with the Hospitality Cares program that assists hospitality workers in New Orleans who have critical food needs. This includes people who work in bars, hotels, and other hospitality industries that were impacted by the COVID-19 shutdowns. The first disbursement of meals took place on September 2, with 1000 meals given out. Food scarcity has become an even bigger problem in the United States since the pandemic has severely impacted the ability to work for millions of people. According to an article on TheLensNola.org, one in four households in Orleans Parish is food insecure. The pandemic has made it even harder to get jobs, which means that more people are without jobs and increasing these statistics. Over the course of the next two months, there will be two more food distributions, with the next being on September 30 and the last on October 28.

Finally, in 2021, the Creole Cuisine Cares campaign will begin to concentrate on school-age children with little or no access to regular meals during the summer break. Many children do not have regular meals due to socioeconomic issues that their parents or guardians face, but with the pandemic keeping children out of school for longer periods, they can no longer rely on the lunches that schools would normally provide them, and they need help.

Creole Cuisine's effort to give back to the community in these times is admirable. Food is a way to bring people together, and with the festival food and meals being given to hospitality workers, they are starting a path towards bettering New Orleans as whole. Access to festival food--beyond the festival--has proven to be a good way to boost the community's involvement while keeping everyone safe. The French Quarter's restaurant scene will be busy with this opportunity to give back to our musicians who play the soundtrack of the city. 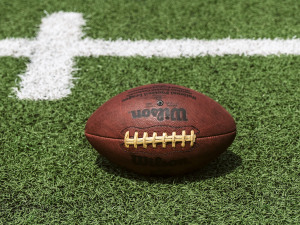 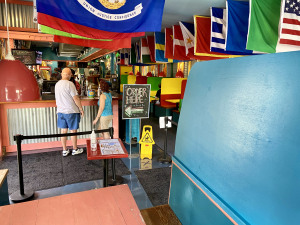